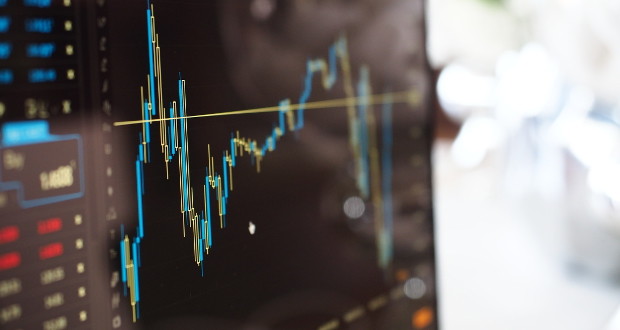 That is how David Callaway, who also serves as president of the World Editors Forum since June 2017, sums up the transition he’s made from his position as Editor-in-Chief of USA Today to taking over as CEO of TheStreet in the past year. After serving as Editor-in-Chief at USA Today for four years, Callaway left in June 2016 to take over TheStreet, the financial news and services company.

During his time at USA Today, Callaway made a major push into video and helped the group grow to the fifth-largest news organisation in the United States. Now he’s applying his learnings and experience at TheStreet.

TheStreet relies on three main revenue streams, driven primarily by B2B data: licensing, subscriptions, and advertising, which account for 50 percent, 35 percent and 15 percent, respectively, of total revenue. The company has operations in the US, the UK and India, and is made up of five businesses, the B2B units BoardEx, TheDeal, and RateWatch, and the B2C units TheStreet.com and subscription business Real Money.

For instance, London-based data business BoardEx is similar to LinkedIn, but for the 1 percent who run public companies, private equity, and governments around the world. Powering much of that business is a centre in India where around 300 employees manage the data to allow for real-time curation and updates as people change jobs, while also working on other data products of TheStreet.

WAN-IFRA caught up with Callaway to find out about his plans for TheStreet, his transition from editor-in-chief to CEO, and the changes he has implemented at the company so far. Callaway will speak on those topics at the inaugural Digital Media North America conference, 19-20 October in New York.

WAN-IFRA: How would you characterise your year or so as CEO of TheStreet in terms of learnings and challenges?

I’m spending a lot of time thinking of new distribution channels, not just to reach audiences, but for new forms of revenue. How do I take my newsroom, which has three different revenue channels right now – an advertising-supported one, a subscription-supported one, and a license-supported one – and try to boost all three of those at the same time while maybe even looking into a fourth revenue channel – video and podcasting – for instance?

It’s a much more strategic role around monetising audience than it was, but I’m learning a lot, and I think it helps me also as a newsman. One of the great, comforting things I have is that when I walk out of my office at TheStreet, I’m in a newsroom, and I know where I am and I feel comfortable. I can go to the news meetings and talk about the stories of the day with the editors, and be as creative as possible.

At the same time, I can never take off my hat as CEO and stop thinking what is it about this area of coverage, or this story, that we could create new products around.

It’s definitely a big change, but I think it is a logical step in the progression of where the industry is going, to have editors who understand how news works to be in the front office, and to try to help monetise that. As long as you can maintain some sort of wall between the two, I think that works. Some of the great news folks of all time were editors: William Randolph Hearst, Rupert Murdoch. They’re people who understand the news business. I feel really energised and charged about it.

WAN-IFRA: What lessons have you been able to take away from USA Today in your move from a general-interest platform to a more vertical type of news?

Callaway: It’s not so much the type of news. It’s how you are developing it and how you are distributing it, and there are plenty of similarities and plenty of lessons. At USA Today, for instance, we experimented and had some early success in podcasting, which I can translate to TheStreet in terms of financial news. We learned a lot of things about video at USA Today, which I have adopted at TheStreet – and even had more success relative to our size. We learned a lot of things about using different content management systems and proprietary systems versus something like WordPress, which I can adopt. Whether you’re covering sports or politics or business or a police beat, the content may be different but the way it’s treated and developed and disseminated is very similar.

WAN-IFRA: You said you wanted to turn TheStreet into more of a data-driven organisation. What were some of the major things that had to change?

Callaway: When most newsrooms talk about data, they’re talking about audience data that they use to develop their audiences. I’m talking about data as content that we sell. TheStreet is five different businesses. Three of them are news businesses, and two are data businesses, specific data businesses with specific different audiences than, say, TheStreet.com would have, and the pay models of the businesses are widely disparate. TheStreet.com is advertising-supported. My fastest-growing data business, which is based in London, is called BoardEx. Those clients pay somewhere between US$30,000 and $700,000 a year for a license to use the data.

Right there, that tells me that there is a market out there that values that data very highly, and it is financial data. It’s not market data or economic data. It’s data about people in the financial and legal industries, which is incredibly valuable to people in those industries. How can I take that data and do more with it? I apply a news function to it that our audience obviously finds valuable. How can we find what’s valuable there and turn that into a news product, so that I can spread the wealth across my company, across the divisions? When I say I want to make the company more data-driven, I’m really talking about using data not only to find new revenue streams from the business side, but to find new outlets for news.

Again, since it’s proprietary data, I can write news products from it, and that gives me somewhat of an advantage in an industry where we’ve been accused of all following the same sort of commodity news.

WAN-IFRA: In this last year you’ve ramped up video on TheStreet, what has that meant in terms of investment and training?

Callaway: Our video streams have increased 10-fold in the last year. It hasn’t been an extreme amount of investment. It’s just been working smarter with the team we have. We obviously added a couple of people, but we also lost a couple people. Fortunately, when I got there, we had the equipment, so it’s really the lesson I learned at USA Today and to some extent at CBS MarketWatch before that: the video team needs to be part of the newsroom and not regarded as a separate entity.

Your newsroom does video, period. It’s not that there’s a separate video team with a separate P&L or anything like that. The editors and the central news hub need to be thinking video. They need to be thinking about which video goes on each story, and I mean each and every story. They need to think about how the video is played on that story. They need to order video as part of everyday coverage, as part of special projects, so video needs to be like social – first and foremost in their minds. When you do that, then you start seeing more videos in the story, and the videos complement the story or are the story in some cases, and you start to see great audience pickup.

Then, if you have a decent social distribution strategy, you can get your videos out on the other platforms where there might be more opportunity for growth than, say, on your own website. Videos on YouTube, for instance, could actually do far better than at the top of your site.

WAN-IFRA: You mentioned the whole issue of distribution and said there’s a lot that can be done there. For TheStreet, what are some of the platforms you use or platforms you’re looking at to expand and engage with different audiences?

Callaway: We do pretty well on Twitter, as you can expect. We do great on Facebook and Facebook Live. We weren’t on YouTube when I got there. We are on YouTube now, and it’s growing. We’re looking at Snapchat. I also want to get a podcast business going. In the financial community, there are distribution opportunities through various fintech operations, and we’re talking to some of the bigger ones about being part of that. There’s some great partnerships in fintech for a company like TheStreet.

At the same time, our competitors who offer data don’t always necessarily have news as part of that, so we have an advantage there, and we can distribute that way or we could do partnerships with them. Because we offer five different content products, and if we can mix and match those with agility and effectiveness, we have five different distribution streams at our fingertips.