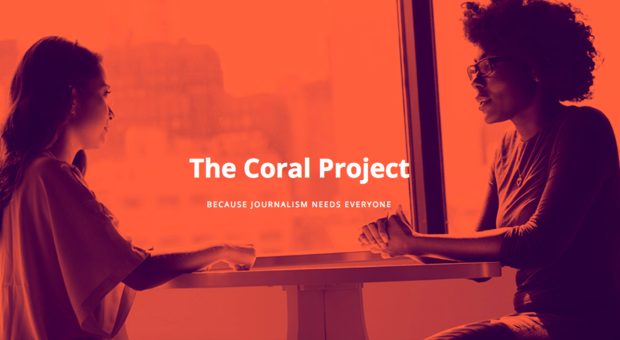 The Coral Project, a collaborative effort between Mozilla, The Washington Post, and The New York Times, subscribes to the notion that building a strong, engaged online community can help newsrooms boost trust, improve the quality of their journalism, increase the range of voices reflected in their reporting, and identify new revenue streams.

Bringing journalists closer to their communities

As part of its efforts, The Coral Project, which has been supported by several funders, including the Rita Allen Foundation, Mozilla, and the Knight Foundation, added online guides to its already existing set of open-source tools.

Made up of 70 pieces, the Guides include numerous case studies, how-tos, and links to key books and resources, aimed at building and improving community engagement.

“The goal of The Coral Project is to bring journalists closer to the communities they serve – and software is only one way we do that,” said project lead Andrew Losowsky.

“From the beginning, we’ve aimed to support journalists in this no matter what tools they use. When we set up our blog in 2015, we always intended to use it to build up a collection of articles we could repackage later.”

Resources aimed at any type of newsroom

“When it came to producing the Guides, we looked at what we had, and what was missing, and commissioned several new pieces to create a comprehensive set of recommendations, case studies, and best practices for all kinds of journalists,” he said.

“We’ve commissioned experts in community practice to help journalists at all stages, whether experienced engagement editors or people who are new to interacting with their audience.”

Some of the pieces featured in the Guides, which are available for free under an open-source friendly license, have already been translated into Spanish, and Losowsky hopes more will follow.

Previously launched tools created by The Coral Project include Ask, and Talk; Ask, designed to facilitate gathering user-generated content and contributions from readers, has been adopted by numerous news outlets, such as the Miami Herald or Spanish-language broadcaster Univision Noticias.

Less than two weeks ago, The Washington Post announced it would roll out Talk, a commenting system aimed at improving the experience for both users and the newsroom. The tool is also powering comments on the newly relaunched Brisbane Times website, and is said to be implemented across all of Fairfax Media’s titles in the future.