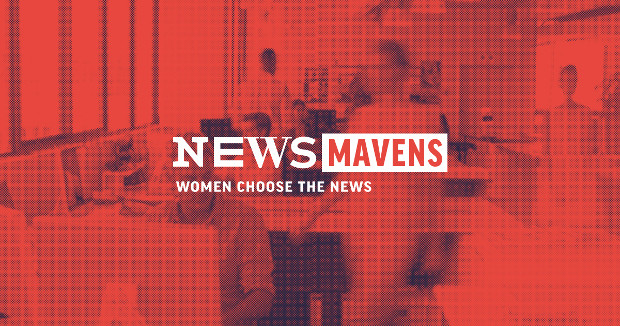 So far, news organisations in 11 countries have agreed to participate (12 if you include Poland’s Gazeta Wyborcza, which spearheads the project), with the goal of bringing curators from all 28 EU member states on board within six months from launch.

Making way for the female perspective

Set to launch at the beginning of October, NewsMavens received funding from Google’s DNI and is supported by the World Editors Forum. News organisations and women journalists wanting to participate can get in touch via the project’s website, and are encouraged to sign up even after it has gone live.

One aim of NewsMavens is to explore how the news narrative and agenda will change when women make all editorial decisions, considering that, on average, they only occupy 27 percent of top newsroom management positions in Europe.

“So nobody knows what will happen, we’re really interested to see what comes out of this experiment.”

Curators involved in the project have complete freedom over the news items they want to submit to the website, but need to accompany their suggestion with a short summary and an explanation of why they chose it.

“We will be trying to construct a narrative out of the contributions. If there’s a theme that we find in several of them, we’ll make sure that they’re grouped together, and try to lead readers to a more thematic exploration of the content,” Ziomecka said.

“But I have no idea what they’re going to add. It could be anything, politics, environment, social movements, market analysis, whatever these women feel is most important.”

While the platform will draw content in multiple languages, the accompanying text snippets need to be written in English, with the NewsMavens core team of three in charge of editing them. Additionally, a Google Translate button will be placed next to article links for one-click access to the translated version.

The goal is to publish seven to nine stories daily from Monday to Friday, and to introduce a newsletter a few months into the project. NewsMavens will also post interviews with leading women about the news stories they find the most impactful, while women freelancers from across Europe will produce a weekend edition, looking back on the most important issues and events of the week.

“At some point, we will also start reaching out to grassroots activist organisations in Europe that are active in promoting women, democracy, and freedom of the press, and we’ll be utilising that audience to try to get them some support,” Ziomecka added.

Changing the news narrative about Europe

In addition to addressing the underrepresentation of women in newsroom management, the initiative also aims to tackle the exclusion of certain countries in the news narrative about Europe.

“When you average out how many countries are contributing to a discussion about global foreign affairs in English, you will find that the image of Europe is being represented by a handful of countries, such as Great Britain, Germany, or France,” Ziomecka said.

“When’s the last time you’ve heard about Bosnia or Croatia, for example? We don’t really have an idea what Europe is all about.”

With curation at the core of the project, NewsMavens also allows partnering news organisations to explore whether women recommending news articles could drive more engagement from female readers.

“Women as a target group are still in the minority, in most news organisations there is a dominance of men in the target audience. This way, perhaps, we will get more women involved as readers,” Ziomecka said.

Do you have a champion of gender and women in your newsroom? If so, introduce us to them. If not, maybe it’s time you did? Write to newsmavens@newsmavens.com to get involved.