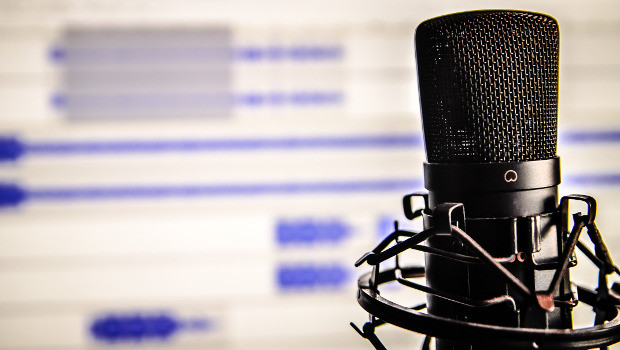 This article first appeared on Medium, and has been republished here with permission.

“Catch-up radio”, “audio-on-demand”, “audio-blogging”, there are many names to describe what we now call “podcasting”, but the term has stuck, born from the iPod and the evergreen, agile medium of broadcasting. Despite each new wave of technology that has brought live visuals and instant articles, radio has adapted. In its latest format it is ultra-personal, on-demand digital audio that is more a conversation than a broadcast, engaging the listener in that most intimate of places, between the ears.

Little more than a decade ago, “podcast” was a novelty, declared word of the year by the New Oxford American Dictionary in 2005. No one is asking for an explanation anymore, thanks in part to the blockbuster success of podcasts such as Serial — a story investigating a murder in Baltimore told in 12 episodes, which set a new record on iTunes, reaching five million downloads within a month of its launch in October 2014. Last year, S-Town, another podcast from the same stable of journalists at This American Life, achieved 10 million downloads in four days. This year, Ear Hustle, a podcast told from inside San Quentin prison has grabbed listeners’ imaginations, exceeding 1.5 million downloads a month after its release in June.

Technology has helped too. In 2012, Apple included a built-in podcast app (unsurprisingly labelled “Podcasts”) into all its iPhones and iPads, making it effortless to find, download and manage podcasts. Users of Android devices need first to choose an appropriate app and then download it before receiving podcasts on their phones and tablets. The dominance of the iPhone in the US is a further factor explaining the growth of the podcast industry there. In the rest of the world, Android smartphones hold more than 80 percent of the market, but the podcast market is more fragmented.

So, is a good podcast the same as good radio? It can be, but not always. The act of listening to a podcast is a conscious choice and action, suggesting that listeners expect to engage very specifically in the conversation. Annoy them once with poor sound, thoughtless words or by being boring and it is unlikely they will return. Speaking at the first-ever European Podcast Day in Copenhagen in June 2017, Peter Zezulka, senior audience planner for radio and music at the BBC, said podcasts should provide “effortless stimulation” for the listener. They are more intimate, more personal than radio. Like all good journalism, they must pique the listener’s curiosity.

What every good podcast must do is tell a story, says vice president of on-demand content at WNYC and WNYC Studios Paula Szuchman. A story is different from a topic, it includes a point of view as well as characters who are multi-dimensional and it has a twist in the tale. “Find the exception, ask uncomfortable questions, be audacious, then get out of the way,” she advises podcast producers.

Perhaps understandably in a young industry, podcasts are still defining themselves — almost every news site has one, but their size and shape vary. Some are simply an interview posted online or pundits discussing an issue, others are highly produced. The New York Times’ The Daily take a single topic each morning and goes deep. In direct competition, National Public Radio’s showcase news podcast, Up First, offers a digest of the day’s news stories. Founder and writer of the Hot Pod newsletter Nicholas Quah says The Daily is averaging half a million downloads a day, while Up First reaches 1 million unique listeners a week. Despite its vast offering of news content available as “catch-up radio”, the BBC is producing a twice-daily curated podcast, Global News, which attracts 10 million downloads a month.

Measured against radio listenership and social media, the podcast audience is still a small niche, a minority in the vast world of online media. This presents significant challenges for podcasters who don’t have an existing platform, to make their content discoverable. How to get your podcast to your audience requires as much attention as producing quality content. It is critical to develop a digital strategy — both to get the podcast to your audience and then to engage with them.

There are examples of independent producers connecting directly to audiences, bypassing the radio gatekeepers, and building self-sustaining brands. Producer of the WTF podcast Brendan McDonald says he had to become an entrepreneur as much as a producer to grow the podcast, but it started with building a relationship with listeners. The WTF podcast started in September 2009, hosted by American stand-up comic Marc Maron from his garage, still the show’s home. McDonald lists three “demandments” for the podcast: consistency (they produce twice a week); quality; and contentment — the last being the most important, as much for the producers as for the listeners.

Podcasts are well suited to investigative journalism. The true crime genre — pioneered by Serial, paved the way for many new podcasts, including Someone Knows Something, a cold case investigated by Canadian David Ridgen (now into its second season); Accused: The unsolved murder of Elizabeth Andes produced by two reporters in Cincinnati; and Alibi — a South African series by Paul McNally about a man convicted of armed robbery and imprisoned for 17 years, who claims he is innocent.

Podcasts also offer a chance to experiment. Norwegian public radio NRK decided to follow a running news story of the trial of a police officer charged with corruption. “We thought it was impossible to make a podcast during a huge trial”, said crime reporter Runar Henriksen Jorstad who made Cop or Crook together with Irina Tjelle. They decided to take the audience into their confidence and shared their ethical dilemmas and doubts as they reported the case. The series drew 100,000 listeners, unprecedented by Norwegian standards.

In Spain, the podcast platform Podium launched two years ago, offering a selection of original audio content that exceeds a million downloads a month, and in November 2016, in a bid to reach some of the 50 million Latinos living in the US, National Public Radio started distributing the Radio Ambulante podcast.

In the US it is becoming possible to earn a living from podcasts. Although off a low base, advertising should reach more than $220 million in the US this year — an increase of 85 percent since 2016 according to a study by PriceWaterhouseCoopers US. There are now some 200 active advertisers consistently underwriting podcasts in the US, Erik Diehn head of Midroll told the European Podcast Day conference in June 2017. Diehn is buoyant about the podcasting industry and argues that, just as podcasts have changed audio, so advertising must adapt and find new formats to suit the shows on which they advertise.

The act of downloading and listening to a podcast is evidence of a deliberate intent — seldom does a listener discover digital audio by chance. This is a challenge for driving reach and distribution, but also a powerful hook. If engagement is key for media to survive in an age of information overload, old-fashioned radio, reborn as digital audio has a long life ahead of it yet.