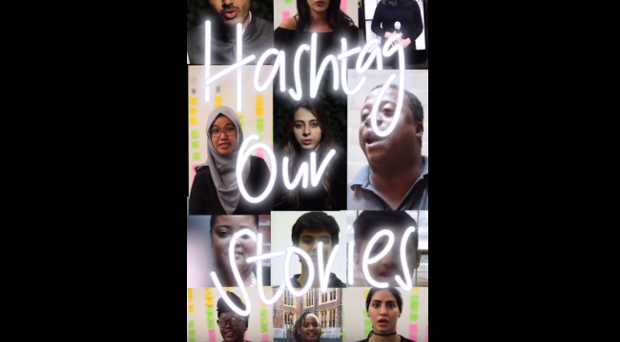 While mobile journalist Yusuf Omar is known for finding innovative ways to empower people to tell their stories, a recent event made him and his wife Sumaiya launch Hashtag Our Stories to pursue this type of work on a larger scale.

Don’t miss the opportunity to meet Yusuf at WAN-IFRA’s Video Action Days, taking place on 2 and 3 of October in Zagreb, Croatia, where he’ll give a presentation on ways to make money with online video.

About nine months ago, Omar taught a group of Indian waste pickers how to document what’s going on around them with Instagram’s Stories feature, but as they didn’t produce any content for months, he was convinced the project had failed.

In July this year, however, the Indian government introduced the Goods and Services Tax (GST), which directly impacted the waste pickers’ livelihood, pushing them to make use of their mobile storytelling skills.

“Out of nowhere we started seeing #GSTwaste pop up on our timelines and it was these very Indian waste pickers who, when nobody was listening to them in their most dire moments, were using their cameras to communicate what was happening. And Indian media ended up picking up those voices and using that to create stories,” Omar said.

“I suddenly realised that there was a massive potential in training people on the absolute fringes of society, voices that are not being listened to, and the next billion people that will come online, in using mobile phones to tell their own stories, and to curate that into meaningful shows and content.”

As part of this endeavour, the two co-founders set out on a world tour at the beginning of September, aiming to travel to 20 different countries in a period of three months. In each destination, they meet up with communities with the help of local NGOs, and train them in mobile storytelling.

On a recent trip to Serbia, for example, they worked with a group of Afghani and Libyan refugees who have since sent them footage documenting their strenuous journey.

On average, they train 15 to 20 people in every country they visit, out of which five or so become actual contributors, Omar said.

They further help them develop their skills by setting up individual Facebook groups where they can share what they’re working on and receive feedback. Additionally, content is hosted on a handful of Facebook pages, such as Hashtag Australia or Hashtag Sri Lanka, with the goal of creating up to one hundred of them by the end of the year to fragment social audiences, and cater to specific communities’ interests.

“These Facebook groups are a step before allowing contributors to publish directly to platforms because, of course, we still want to have solid journalism, we still want to be able to authenticate, to verify and to fact-check,” Omar said.

A lot of the exchanges between the Omars and the contributors take place on Facebook messenger, allowing them to provide real-time feedback on stories as they develop.

As it’s becoming increasingly difficult to sift through the large amount of messages that come in via this channel, Omar is toying with the idea of building an “editor bot” for Facebook messenger, which could answer basic questions related to mobile video production.

“This way, we can spend our effort and energy on the later process of video production, and really work with them to sculpt the story and the narrative,” he said.

Another part of the training focuses on cautioning contributors about the risks associated with live streams, and teaching them to first “document with their eyes” before they make the decision to broadcast an event.

“We know that a lot of our production is going to be live, and as we approach 2020 and 5G internet, we can expect Hashtag Our Stories to effectively become a 24h live show,” Omar said.

“And if we’re going live all the time, there’s no buffer between what people see and when they broadcast what the rest of the world sees.”

Although it’s been less than a month since the two co-founders set off on their trip around the world, the global news network they have envisioned already appears to start taking shape.

In light of the 25th of September, which marked two years since world leaders adopted the UN’s Social Development Goals, contributors strewn across the globe produced videos and Facebook live streams on topics such as environmental issues, education, or poverty.

“This emergence of the news network has happened much earlier than anticipated. If anything, the struggle at the moment is that we get so many stories and images coming in, and have to separate which important voices we can spend our time adding value to and creating something out of,” Omar said.

While he says he doesn’t see huge revenue opportunities in the actual content that is being produced as part of Hashtag Our Stories, he hopes that the business can be monetised through providing solutions and processes to news organisations, helping them reach hard-to-access communities and build mobile storytelling networks.

To hear more about video from Yusuf, register now for WAN-IFRA’s Video Action Days, taking place on 2 and 3 of October in Zagreb, Croatia.