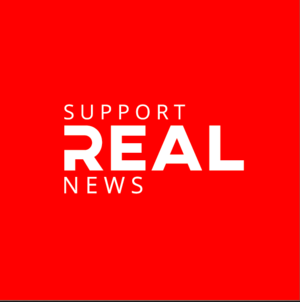 Think about what you consume: Is it click-bait and garbage shared by a crazy cousin on Facebook? Do you go out of your way to consume nutritious and balanced news? It can be hard to tell if you’re not careful.

We decided to have a little fun at this year’s mediaXchange. We thought it would be interesting to test the top media professionals on their knowledge of news, with a little game designed by Nucleus called “Do you know real?” During breaks, attendees were quizzed on headlines — having to decipher what was an actual headline versus what was fake news. Do you know what a room full of industry experts scored?

A passing rate, but it’s certainly not something to write home about (though, I guess that’s what I’m doing by sharing that score with all of you). The point is, telling real news from fake news is tricky, and it’s easy to consume garbage. Fake news rips off the look and feel of real websites. It is designed to deceive. This is why we’re focusing on media literacy with the Support Real News campaign.

It’s the equivalent of checking the nutrition label before you eat. Being media literate encourages a balanced diet of news so you can avoid bias and get the full truth. Creating a good news diet is imperative. Not all news is created equal, and it is vital in the digital age to round out what you’re consuming.

There is a strong emphasis on reader discretion. The platforms expect you to know who the sources of news are and whether they are credible and responsible. Some are, but many are not. It’s your job to watch what you consume.

In a study of fake news by Stanford, it was revealed that top news sites are more frequently accessed via direct browsing (48.7 percent) than by clicks brought in from social media sites (10.1 percent). Compare this to fake news sites, which are accessed less by direct browsing (30.5 percent) but see a staggering 41.8 percent of traffic arriving through social media referrals.

At the News Media Alliance, we are working hard to encourage the distribution platforms to distinguish between real news and all the other trash. However, there is no substitute for readers paying attention to where their news really comes from and whether those sources have a history of producing quality, real journalism.

It’s time to get in shape as readers. Know where your news comes from and make sure it’s the real deal.

If you would like to #SupportRealNews, campaign materials can be downloaded here.

WAN-IFRA and the World Editors Forum are partners to the campaign.