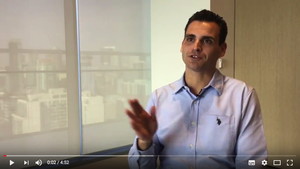 The US-based News Media Alliance on Tuesday launched the second phase of its campaign supporting REAL NEWS. WAN-IFRA and the World Editors Forum are partners of the campaign.

Initially launched in March of this year, the campaign’s mission is to raise awareness of the importance of real news produced by trusted news organizations employing high-quality, investigative journalists.

“The first phase of the campaign set the stage on which to build an on-going series about what we do as an industry and why it is valuable, said News Media Alliance President and CEO David Chavern. “This next phase incorporates other associations and journalism schools to focus on the need for news literacy and will build with new messages being rolled out over the course of the next three months.”

The campaign calls on the public to support real news by using trusted news sources produced by trained journalists. These journalists adhere to a code of ethics that requires them to report all sides of a story, even the aspects they don’t agree with. The campaign also provides links to third-party resources to help consumers learn how to tell if a news source is credible.

“With the digitization of news, it can be very difficult to tell real news from fake news; they can look identical. That’s why it’s important to know the red flags to look out for that may indicate a story is not real. We want to help people with that,” said News Media Alliance VP, Innovation, Michael MaLoon.

Following the success of the initial launch, the campaign’s list of partner organizations has grown from three to 11. Partners of the campaign now include:

The Alliance has developed new digital, social and print resources to promote the new campaign, including a new print and digital ad to run in print and online news publications. There is a new page, which is featured in the new ads – www.newsmediaalliance.org/isitrealnews – where consumers can access a list of programs, articles, tips and other resources on evaluating news for authenticity. The Alliance website also offers a new print and digital ad, a new social media profile badge and a new Op-ed by Chavern.  Media or associations in non-English markets, that would like to sustain the campaign can translate the materials.

The Alliance will also once again host a Facebook Live event at 2:00 p.m. EDT on October 3. The event will feature a panel discussing news literacy. The panel will be moderated by Alliance staff and will include a Q&A with viewers during the live event.

“This is a campaign that anyone who cares about quality journalism can get behind. We hope that through our efforts, the public will know what to look for when evaluating sources and will always use a trusted, respected source for their news,” stated Chavern.

Vincent Peyrègne, WAN-IFRA CEO said: “We used to trade in attention. But today’s currency is trust. Trust in discerning media providers is increasingly precious, and newsrooms in trusted media organizations are a crucial counterbalance to the false information online. Publishers all over the world can take inspiration from the Real News campaign and promote the message in their own markets.”

Marcelo Rech, President of the Brazilian Association of Newspapers (ANJ) and former President of the World Editors Forum, said while the campaign was designed as a national campaign, it would resonate beyond US borders: “The recognition of the professional and essential media as an antidote to the spread of fake news is needed more than ever, and media literacy is a strong contribution to fight this perverse phenomenon on a world scale.”