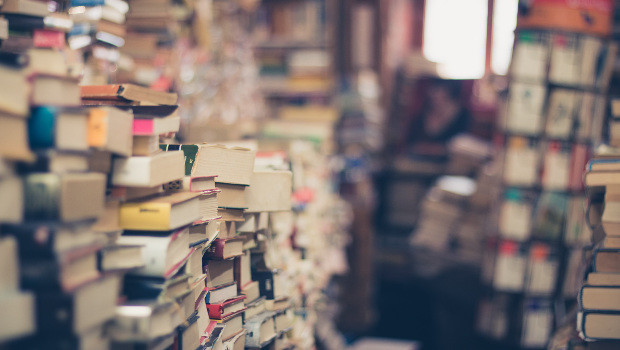 This blog post has been republished with permission, and originally appeared here.

When automobiles were invented, a carriage driver might have thought that he just needed to learn a few new tricks to be able to make the shift from the reins to the wheel. In exactly that same way, many reporters imagine that learning some basic digital techniques and “googling” the rest will be enough to survive in the digital age. Some hope they can leave it to “technical people” to take care of audiences, design, distribution and revenue.

Yet to navigate a complex digital environment in which more than two billion participants are constantly producing information, journalists — who are supposed to be at the forefront of news — are forced to learn their trade almost from scratch.

How can they compete with the crowd? It is a daunting challenge, particularly for many mid-career journalists. In fact, it starts with a simple but fundamental change in mentality; writing a story doesn’t end when it is published, but continues well after users finish reading it — if indeed they do.

The next step is to learn how to develop and use products that will help you report, verify and explain stories.

You need flexible teams with varied specialties capable of adapting or creating tools to rapidly analyze data needed for investigations, capture what users are talking about and engage with them so they can contribute with their own expertise. You should connect with peers and other professionals to cover realities that go beyond borders and topics that require expert knowledge. Finally, you have the challenge to steer audiences and communities away from click-bait traps set by trolls, bots and con-artists.

Fortunately for journalists, there is a growing number of media and journalism schools and research centers investigating new trends, helping to understand digital disruption and its impact. With their newsletters, websites and interactive online training, among other resources, they can inform you about inspiring innovations, share academic research, spot threats, provoke critical thinking, highlight valuable journalistic endeavors, and report on moves in the industry that will affect how stories reach people. Their work equips editors and journalists to deal with the digital waves that have busted business and editorial models. It provides an important source of information for potential investors, philanthropists and inventors in the field.

Well-known English-language organizations sharing knowledge in this field include the Nieman Lab, sponsored by the Nieman Foundation, at Harvard University. So far, it has focused on US-centered innovation, but it is now starting to publish in languages other than English and increasing its coverage of innovative media projects in other parts of the world.

The University of Texas’ Knight Center for Journalism in the Americas connects journalists in North and South America, helping them understand and take advantage of digital change. The Center produces weekly stories on new enterprises in Latin America, such as for example, “Daily Corruption”, a researcher’s project to build a regional corruption database sourced from newspaper coverage. It also offers free online courses on new tools and best practices, such as “Product management for journalists”.

Another well-established global English-language knowledge-sharer is the US-based Poynter Institute. It is a tech-savvy journalism education and innovation center, which also provides a news platform covering trends in media. It offers practical courses, for example, How to write sharper social headlines.

The British, Brighton-based Journalism.co.uk, a for-profit online publisher, covers, also in English, innovation in the media industry, offers training, lists jobs, features press releases and organizes the News Rewired conference series. This piece on Dutch start-up The Playwall, which gives readers the option to pay for content by giving their opinions or extra information about a story, is a good example of the kind of stories they carry.

Digiday, a platform with branches in both the US and the UK, aims to foster change in the media and marketing sectors. They feature reflections on the industry such as this podcast by Washington Post’s Chief Risk Officer, Jed Hartman, which invites publishers to stop whining about the Facebook-Google duopoly and start figuring out their own unique contribution to the information marketplace.

Specialized outlets are covering media trends and innovation in other parts of the world too. These usually publish their stories in different languages. For example, the ICFJ’s International Journalists Network (IJNet), highlights a variety of projects undertaken by their fellows in several countries. They recently shared a great piece on 8 key trends in local journalism in Arabic, Chinese, Spanish and Portuguese.

Similarly, the Global Investigative Journalism Network (GIJN), an international association of nonprofit investigative journalism organizations, has created regional feeds to share content across multiple platforms in Arabic, Chinese, Russian, and Spanish, as well as from across Africa. The European Journalism Observatory (EJO), a network of independent non-profit media research institutes, is publishing stories based on their research findings, such as this one on the surge of ad blockers in Poland, in up to 14 languages

Among the regional knowledge-sharers up and coming are The Splice Newsroom, a media specializing in the Asian market, and Jamlab, a platform from Wits University’s Journalism Department in South Africa, reporting on innovation across the African continent. Both start-ups publish original content in their area of expertise. For example, a recent Splice piece was: Asia’s top journalists and editors share their best advice for aspiring young reporters, while in Jamlab’s section “Innovator Q&A”, FrontPage Africa founder Rodney Sieh speaks of how this platform revolutionized digital media in Liberia.

With such a rich array of options, you can chose to subscribe to whatever source is most relevant for you, depending on your geography, language or interest. Just following a few could inspire you with new ideas and make your next trip to the digital galaxy that much more fun.

The Global Investigative Journalism Network (GIJN) is an international association of nonprofit organizations that support, promote, and produce investigative journalism. It holds conferences, conducts training, provides resources and consulting, and encourages the creation of similar nonprofit groups. Founded in 2003, GIJN has at present 155 member organizations in 68 countries. Publishing in five languages (Arabic, Chinese, English, Russian and Spanish), it attracts readers to their sites from over 100 countries.

The Poynter Institute is one of the world’s leading instructors, innovators, conveners and resources for anyone who aspires to engage and inform citizens. To this end, it teaches those who manage, edit, produce, program, report, write, blog, photograph and design, whether they belong to news organizations or work as independent entrepreneurs.

A leading knowledge sharer in the news industry, the Nieman Lab at Harvard University is an attempt to help journalism figure out its future in the Internet age. To do so, the lab highlights attempts at innovation and figures out what makes them succeed or fail. It finds good ideas for others to steal and helps reporters and editors adjust to their online labors. It also supports traditional news organizations find a way to survive while helping the new crop of startups that will complement — or supplant — them.

Journalism.co.uk is an independent online publishing company focusing on news, digital tools, how to guides, tips, and expert comments for journalists and publishers. Alongside its News Rewired conference series, it organizes training courses, lists jobs, runs a freelance directory, distributes press releases as well as newsletters. As a B2B publication, it is also building communities on social media, thus diversifying its audience and coverage beyond the UK and the US.

Digiday is a platform creating content, services and communities that foster change in the media and marketing industries. Taking a global view, it confronts the truths in technology’s disruption of these sectors. Digiday connects with its audiences across web, email, podcasts, a quarterly magazine, a membership program and in-person events. “Hot topics” they cover include: “Publishing in the platform era”, “Marketing on platforms”, “Modern newsroom”, and “Video anywhere”.

The European Journalism Observatory (EJO) is a network of independent non-profit media research institutes in 14 countries, publishing in no less than 14 languages. It aims to bridge journalism research and practice in Europe, and to foster professionalism and press freedom by: providing analysis on contemporary journalism and media research on its sites; aggregating relevant articles on social media; holding events to facilitate an open, international exchange of ideas among the interested public; engaging in comparative projects with partners focusing on journalism innovation and best practices.

The Journalism and Media Lab (Jamlab) aims to build a platform showcasing the work of innovators in Africa. As innovation can be difficult, the lab also aims to encourage new ideas by providing innovators with inspiration, information, and networks, mainly through its online magazine and newsletter featuring innovation and innovators, experiences of using new technologies and tools, and research findings. Beyond the published stories, the goal is to contribute via the Jamlab Accelerator to a growing network of innovators and a “community of practice” of media makers.

The Splice Newsroom’s objective is to be the hub of the media community in Asia. Reporting and documenting the region’s best practices in newsrooms, talent, training, and media entrepreneurship, it is looking at questions such as: What are the most progressive newsrooms and the media startups to watch? Who are the leaders of change and the upcoming young journalists in Asia? What are the best practices in audience engagement and the new business models that show promise? Its community consists of influential media professionals working across newsrooms, content, advertising, marketing, business, policy, and academia.

Launched by the Lebanese Maharat Foundation, Maharat News is a multimedia Arabic-language platform that seeks to raise public issues relating to democratic change in Lebanon and the Arab world, while monitoring media performance and reporting impartially on media transformation across the Middle East. In particular, it builds on the strong experience of its team in the news industry and partners with academic media departments in Lebanon to publish articles and studies focusing on the evolution of the media sector in the region.

The University of Texas’ Knight Center for Journalism in the Americas

The Knight Center for Journalism in the Americas at the University of Texas at Austin runs a well-established professional training and outreach program for journalists based in and/or working on Latin America and the Caribbean, and beyond. In addition, it maintains the trilingual blog “Journalism in the Americas” that monitors journalism news in English, Spanish and Portuguese, and offers useful resources for journalists.

For the Gabriel García Márquez Iberoamerican Foundation for New Journalism (FNPI), ethics is a fundamental dimension of journalistic work. Their Spanish-language platform Red Etica (“Ethical Network”) serves as a meeting point for Ibero-American journalists and provides a space for reflection and debate on the transformations and challenges journalism faces in the digital age in terms of editorial strategies, business models and audience engagement.

Clases de Periodismo is a Spanish-language online school and digital newspaper for journalists and those interested in communication. Founded in 2008, it draws on its expertise of the field in Spain and Latin America to disseminate good practices among journalists and foster journalistic work that goes hand in hand with technology. To do so, it organizes workshops and seminars, and acts as a consultancy.