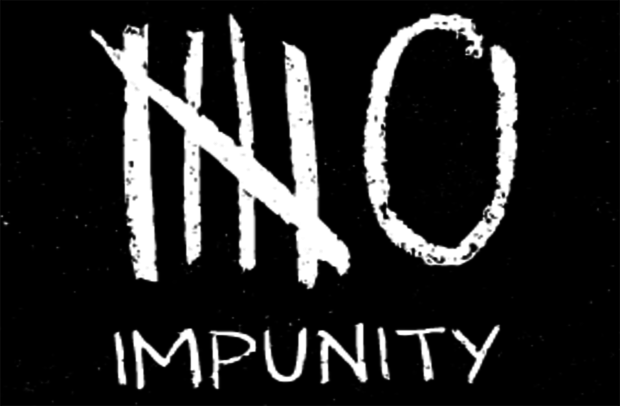 Across the globe, journalism has become very dangerous and it is time for us to use our audiences and platforms to get the world to listen and change the horrible statistics:

And the list of violent acts against your colleagues because of their reporting continues.

This is unacceptable!  Journalism makes a difference! Journalism is a pillar of democracy; it assists in social accountability and stimulates public debate. Journalism provides space for dissenting opinions and is a medicine against censorship. Safety of journalists is a precondition for good journalism that serves the societies and audiences. Without safety for journalists the public would be deprived of reliable information.

The violence against the profession continues.  And on top of that we see a rise in attacks on the media by political leaders who do not respect the critical function of journalism, unless it serves their interests.

WHAT CAN WE DO?

It is time for us to take matters into our own hands. Now more than ever.

We believe solidarity within the media community can prove crucial in ghting the impunity that has prevailed for too long.

This is why we hereby pledge to engage our audiences and ask them to help put pressure on institutions, media actors, governments, publishing houses and others that demonize journalists and legitimize harm against them.

We do so by committing to: