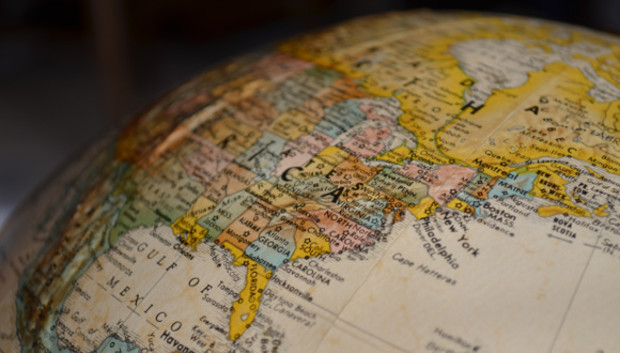 Currently, the BBC World Service is undergoing its largest expansion since the 1940s, adding 12 language services, including Serbian, Pidgin and Korean, to the original 28, with the goal of completing the process by March 2018.

Shishkin has the huge remit of managing and allocating resources for this massive project, while keeping the big picture in view. As a result, and thanks to his past projects, he has logged many miles on the BBC’s digital transformation journey.

#17nrs gets going with @dmitryshishkin‘ 3 components of successful digital transformation 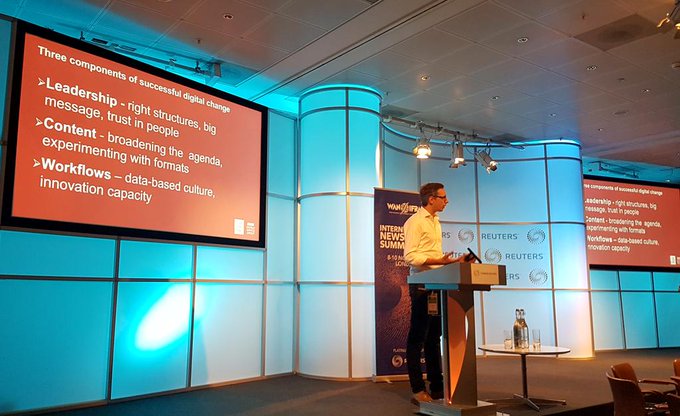 “We try to do our best to help people do their journalism better. When you have teams that are all completely different in terms of how they hustle for their audience, interact in social media, or hire staff, you need a team like mine that can see the overall picture,” Shishkin said, speaking at WAN-IFRA’s International Newsroom Summit in London last week.

“All new initiatives and ideas are sifted by our department, we try new things and then, depending, either stop or expand them.”

Drawing from his experience at the World Service, he explained to the audience what he thought were the key components of successful digital transformation: leadership, content, and workflow.

“If you lack one of those, you’re not wanting to succeed,” he said.

Be fully transparent and structured

Shishkin is in charge of all digital investment during the expansion process, and responsible for filling 320 new positions.

“The beauty of it is that I’m not building an environment for myself; I’m investing in other teams. I see digital development as a team that enables and helps others,” he said.

‘Accept you make mistakes and that good people around you make you stronger.’ Wise words on newsroom leadership from @dmitryshishkin #17NRS

His advice for people in leadership roles tasked with driving digital innovation is to be transparent, have faith in one’s team, and ensure every last person is on board.

“Change is very hard as it is, and the way to succeed is to be completely transparent with people in your organisation. Change will only happen when people consider change as part of themselves, and themselves as part of change,” he said, noting that a “tell, sell, yell strategy” doesn’t work.

“You can push people and try to apply pressure from the top, but that won’t bring results in the long term,” he said.

While news updates and in-depth analysis have always been a key part of the BBC’s content strategy, the broadcaster needed to address the fact that user expectations have evolved.

Shishkin said news organisations need to adjust their content strategy to fill a variety of audience needs, such as “update me”, “inspire me”, “educate me” or “amuse me”.

By closely interrogating output data of BBC World Service bureaux, Shishkin’s team found that 70 percent of the content at one bureau fell into the “update me” category, while only generating  7 percent of pageviews.

“The team has been investing money and effort into something the audience was not actually appreciating,” he said.

Similarly, BBC Russia had been producing very little content designed to “inspire” audiences, but once a concerted effort was made to write more of these stories, pageviews went through the roof, he said.

“It’s not about being driven by data but about being informed by data,” Shishkin said, adding that his team spends a lot of time analysing traffic with the help of third parties.

When looking at BBC Thai, they found that the journalists were struggling to find their place in the market, and had adopted a kind of “sausage factory mentality”, creating a lot of content without fully understanding why.

The team then started to produce fewer but more relevant stories, which had no negative impact on the overall number of pageviews and the browser experience.

“Innovation with formats is one of the most important things digital companies should be doing on a continuous basis,” Shishkin said.

To facilitate and boost production of visual content, interactive journalists and designers were placed with BBC World Service teams around the world, allowing journalists to pitch ideas for projects directly to them instead of going through the London headquarters.

Showcasing the importance of visual journalism, he pointed to BBC Hindi, which started publishing cartoons two years ago. The format has become extremely popular, with cartoons on Facebook being shared up to 50,000 times per day.

“This has revolutionised the way BBC Hindi is viewed in the market,” Shishkin said.

‘You’ve heard it before, but…’ break down silos

“We’ve been quite active in breaking down silos and working across different disciplines,” Shishkin said, adding that the BBC launched BBC News Labs several years ago in a bid to innovate at the intersection of data, editorial and engineering. The unit has so far produced more than 50 projects.

“All the best things I have ever done in my career were at the intersection of technology, editorial, and data,” he said.

“What’s important is that you give people the chance to go away and do things. They might not work out, but you’ve become stronger by doing something, learning something, and moving on.”

Use automation and scalable solutions

Automating processes and putting solutions in place that can be adapted and used by various teams free up journalists’ time, allowing them to focus on original, high-impact content.

One example is an automated translation and voice synthesis tool created by the BBC that enables journalists to quickly re-envision a video from one language into another.

“We tested the videos in Russia and Japan, and found that in these markets the tolerance level for automatically translated and narrated videos was on par with that of regular videos,” Shishkin said.

However, given the popularity of subtitled videos and viewers’ tendencies to watch videos without sound, the tool received some criticism.

“People were saying, ‘why are you putting synthetic voices on us’? But seeing how hot the area of Alexa and voice assistants has become in our industry, we are really well placed to take advantage of that new technology due to all this work we have done with synthetic voices,” Shishkin said.

“You can fail in a particular project but the stuff you are learning will be very beneficial in other projects.”