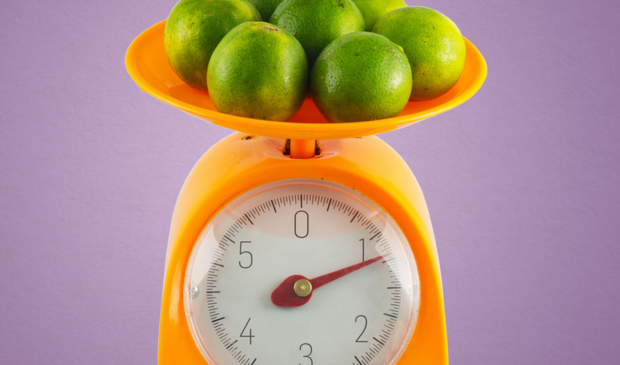 The author of this article, Fredric Karén, is the Editor-in-Chief of Svenska Dagbladet (SvD), which is owned by Schibsted. This story was part of the company’s recently released annual Future Report. We are republishing it with the permission of Schibsted.

The venue is the Austin Convention Center during the world’s greatest media conference, South by Southwest (SXSW).

On the stage in the largest conference hall, the editor in chief of The New York Times, Dean Baquet, is being interviewed by the paper’s media columnist, Jim Rutenberg.

The theme is journalism after the election of Donald Trump; a president who calls both The New York Times and other serious media brands “fake news” and journalists “enemies of the people.”

The answer from The New York Times is to hire more investigative reporters, more digital spearheads to be able to develop the journalism further.

“We are preparing for the story of our generation. The election of Donald Trump as president is a bigger news story than 9/11,” Dean Baquet says, adding:

“The next two years will be a historic moment in the life of news organizations.”

The editor of the most influential news organization in the world says that the United States need more and better independent journalism.

However, it is not only the case in the USA that journalism is under pressure. In countries close to Scandinavia – Poland, Hungary, Russia – media are more or less controlled by the state. Independence was swept away a long time ago and the published material is risible, ingratiating propaganda.

In September 2018 there will be a general election in Sweden. The rightist party The Sweden Democrats, one of the largest in the country according to opinion polls, has on several occasions banned media from their press meetings.

In one country after another forces are growing that, like Donald Trump, have the idea to question and undermine the credibility of the media, with the aim to strengthen their own power base.

The question is how one, as the editor of an old established newspaper brand, can navigate in a reality that is, on the one hand, demanding more resources and initiatives and, on the other, demanding profitability. Initiatives to strengthen the trust of the readers and profitability to be able to make necessary investments.

The answer is spelled “technology.” Let’s go back in time, two years.

The venue is no longer the Austin Convention Center but the editorial offices of Swedish newspaper Svenska Dagbladet in central Stockholm.

A group of journalists are seated around a table, writing on small Post-It notes.

The question they are asking themselves is this “What is a particular piece of news worth on a scale from 1–5?

What does the news weigh?

It may not be so hard to compare and evaluate a traffic incident without casualties to a terror attack in the center of Stockholm. But all those other things that happen, the news in the middle, where shall we put them on a scale?

In the spring of 2015 this was precisely what the editorial staff of SvD were discussing. We tested different news scenarios. Stock market down 4 percent (news value 3.5), the Prime Minister proposes more CCTV cameras in central Stockholm (news value 4.0). A Strindberg play opens at the Royal Theatre (2.5).

These news ratings, combined with a time marker, how long we think the piece will draw interest and be relevant to the readers, are the very basic data in the algorithm that from now is going to steer our new front page. It was self-evident that it is journalism and the editors that, also in the future, are going to influence how news are evaluated on our front page.

We want to build for the future

At the same time we wanted to simplify our editorial processes and get rid of unnecessary time-consuming elements, to create space for journalistic ventures. To put it simply, we wanted to build for the future, both in technical and journalistic terms. No longer were journalists obliged to move headlines up and down on the front page. The focus was going to be placed on better content, sharper headlines, creative visual solutions and distribution of content. But above all simplicity.

Schibsted Media Platform, Schibsted’s own content management system, is built for online publishing with text tools, video, picture search and external monitoring, all in one view. As a journalist you learn to use the tool in just a few hours, which facilitates a lot in the digital transformation of the editorial staff.

But let’s not become too technical.

The whole point of working with algorithms and data in a newsroom is precisely so that the journalists don’t have to think about technical matters.

In the last two years we have conducted a series of tests and adjustments without the editorial staff having had a clue about it. A/B tests, personalization of content to specific segments of readers, automated newsletters that are managed by algorithms, just to mention a few.

And we know that in the future, we will be testing still more things that can increase readers’ engagement and loyalty. For example; not

showing certain articles that you have already read, show more premium content to loyal readers who we think can be converted to digital subscribers.

Newsrooms must be data-driven

Our vision is to take care of every visitor, giving the best news experience and at the same time supporting the business targets of SvD.

And we will never be able to do that if we keep on working in the old fashion, because no editorial staff can manually deliver thousands of individual news experiences every minute, every day.

In order to compete seriously with a digitalized media world, newsrooms must become more data-driven, daring to leave part of the job to the algorithms.

Two years later we can study the result. The alternated, simplified processes in the editorial rooms have led to more time for investigative quality journalism. In this period we have been awarded more journalistic prizes than ever before in the paper’s 132-year history. “The Golden Shovel,” “Revelation of the Year,” “Storyteller of the Year,” to mention a few.

And when Dean Baquet appeared at SXSW, Svenska Dagbladet and Schibstedt presented the business results for the year 2016. It showed a strong growth in digital subscriptions and digital advertizing. Altogether this produced the second best result in the paper’s history – a growth in results that runs parallel with our endeavors in journalism and technology.