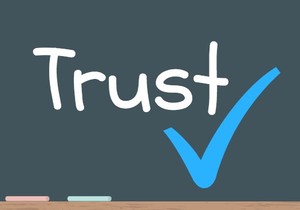 The transparency indicators were created by leaders from more than 75 news organisations as part of the nonpartisan Trust Project. They also show what type of information people are reading – news, opinion, analysis or advertising. according to statement issued by the Trust Project.

Each indicator is signalled in the article and site code, providing the first standardized technical language for platforms to learn more from news sites about the quality and expertise behind journalists’ work. Google, Facebook, Bing and Twitter have all agreed to use the indicators and are investigating and piloting ideas about how to best to use them to surface and display quality journalism.

The Trust Project is led by award-winning journalist Sally Lehrman of Santa Clara University’s Markkula Center for Applied Ethics, and hosted by the Center.

The German press agency dpa, The Economist, The Globe and Mail, the Independent Journal Review, Mic, Italy’s La Repubblica and La Stampa, Trinity Mirror and The Washington Post are among the companies starting to go live with Trust Indicators this month. The Institute for Nonprofit News developed a WordPress plug-in to facilitate broader implementation by qualified publishers.

An international consortium of news organizations is collaborating in the Trust Project. Their work is essential at a time when only one third of Americans polled by Gallup say they have a great deal or fair amount of trust in news media. In Europe, similar problems are emerging. In the United Kingdom, only 43 percent of people in a 2017 Reuters Institute[ survey said they agreed that the news can be trusted, a significant drop from the prior year.

“In today’s digitized and socially networked world, it’s harder than ever to tell what’s accurate reporting, advertising, or even misinformation,” Lehrman said. “An increasingly sceptical public wants to know the expertise, enterprise and ethics behind a news story. The Trust Indicators put tools into people’s hands, giving them the means to assess whether news comes from a credible source they can depend on.”

Spurred by editors concerns about the impact of technology on news quality, in 2014, Lehrman began building a network of news companies willing to take steps to instil greater trust in the journalism they produced. In a process she led, hosted by the Markkula Center for Applied Ethics, senior news editors created the Trust Indicators based on in-depth user interviews, combining user needs with journalism’s highest values.

“News consumers need a way to tell media companies what we expect from them, the types of news we can count on and will pay for. The Trust Indicators set standards for media outlets and allow newspeople to commit to good faith reporting that’s worth buying,” said Craig Newmark, founder of craigslist, who was an early supporter of the Trust Project. The project is funded by Craig Newmark Philanthropies, Google, the John S. and James L. Knight Foundation, the Democracy Fund and the Markkula Foundation.

The eight core indicators are:

“At Mic, credibility is our currency,” said Mic Publisher Cory Haik. “The most important thing we can do as news producers is have the trust of our audience, and by offering transparency into our reporting process, we’re taking important steps in building and maintaining that trust. We’re happy to be a part of an initiative that has a focus so deeply aligned with our efforts.”

A New Level of Transparency for News Search

At the same time that news sites are bolstering their transparency through the Trust Indicators, digital platforms aim to incorporate them into the way they display news stories. The Trust Indicators are integrated into the latest Schema.org technical vocabulary release with new language to capture news organization publishing principles and news content types, among other concepts. Additional vocabulary is to be proposed in our ongoing collaboration.

“Quality journalism has never been more important,” said Richard Gingras, vice president of news products at Google. “Partnering with the Trust Project since its conception has been of significant importance to Google, in large part because we believe the indicators can help our algorithms better understand authoritative journalism – and help us to better surface it to consumers. We hope to use the Type of Work indicator to improve the accuracy of article labels in Google News, and indicators such as Best Practices and Author Info in our Knowledge Panels. We believe this is a great first step for the Trust Project and look forward to future efforts as well.”

In early October, Facebook began to test a new feature to give people additional context on the articles they see in News Feed. Starting today, they will begin displaying the Trust Indicators through this module, initially rolling them out to a small group of publishers, with plans to expand more broadly over the coming months. “The Trust Indicators will provide a new level of accessibility and insight into the news that people on Facebook see day in and day out,” said Alex Hardiman, head of news products at Facebook. “We view this as a great next step in our ongoing efforts overall to enhance people’s understanding of the sources and trustworthiness of news on our platform.”

A growing number of news outlets are expected to display the indicators over the next six months, with a second phase of news partners beginning implementation work soon.

About the Trust Project

The Trust Project is an international consortium of news and digital companies that are collaborating to build a more trustworthy and trusted press. Led by journalist Sally Lehrman, it is hosted by Santa Clara University’s Markkula Center for Applied Ethics. Over several years, the Project interviewed people around the globe to find out what’s important to them when it comes to news and what makes a story trustworthy. Lehrman took that research and worked with top news leaders around the world to identify and design a digital system that meets those needs: the Trust Indicators.