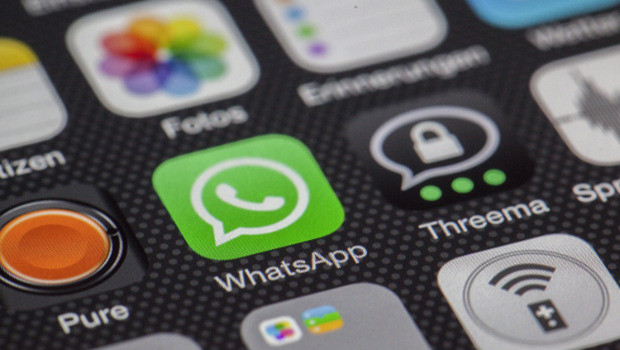 In other words, use the platform as an editorial tool and, critically, approach it how readers expect to communicate there: through a conversation.

In early September, The Washington Post announced that foreign affairs reporter Rick Noack would be covering the German election via WhatsApp, Facebook Messenger and Telegram. Since language and translation have been two of the ongoing challenges when newsrooms use messaging apps globally, it didn’t hurt that Noack is fluent in German.

In the three weeks leading up to the event, Noack interacted with his established subscribers daily. This included sending updates but featuring insights about the reporting process, relevant links to articles, and questions related to the election to solicit their feedback.

Due to the success of the project, it has now been relaunched, focusing on European developments (though messages aren’t broadcast via Telegram any longer).

“With the project, we were able to give subscribers a behind-the-scenes look, which, I think, readers generally really enjoy,” Noack said.

“At the same time, it makes them feel a lot closer to a news outlet. You’re in touch with an actual reporter and it’s about the discussion between the two parties, and not some kind of PR campaign.”

The Post has experimented with messaging apps in the past, and has been looking for opportunities to keep playing in that space. A specific event like the German election, coupled with European audiences being quite active on WhatsApp, made for an ideal environment to launch the project.

Moreover, using service provider WhatsBroadcast, founded in 2015, allowed the Post to circumvent some of the challenges associated with using messaging apps for editorial purposes, such as having to manually add subscribers to broadcast lists, which had previously prevented it from diving into an experiment like this in a serious way.

“We started it as what we thought would be a really lightweight experiment,” said Jessica Stahl, who heads the Post’s embedded audience team.

“We thought we’d get a small group of followers, but it ended up being much more than that. People were really into it, and Rick was getting a ton of messages every day from our followers that he was responding to.”

While she couldn’t share the exact number of subscribers, she noted that it well exceeded the 200 they “would have been happy with”.

Creating an experience native to the platform

In the weeks leading up to the election, Noack sent out one to two “updates” per day. Now that the project is continuing for the foreseeable future, the number of messages has been slightly dialled down. What hasn’t changed, though, is the editorial approach and conversational tone used to compose the messages.

“We started from the thought that what you do with something like WhatsApp is very different from, say, Facebook or Twitter. People use this app in a very specific way, to talk to their friends and families,” Stahl said.

“So, we knew right off the bat that we did not want to use it to just send daily news updates, or send a link to our articles. That would feel like a really non-native use of the platform. So starting there, we decided that the right use case would be to sort of think about it as if it were Rick’s personal WhatsApp account, even though it was tied to The Washington Post.”

What really became the core of the project, she said, were the one-on-one interactions that took place behind-the-scenes between Noack and subscribers.

“People really understood in a way that I didn’t expect that they could message Rick. They could respond back and he would receive their messages, and he was very willing to be part of that conversation,” she said.

Including subscribers in the reporting process

Usually, Noack would include a question or comment in his updates to encourage readers to share their thoughts and opinions. Given that many subscribers lived outside of Germany, he had to craft messages and questions in a way that ensured everybody could relate to, and get something out of it. The strong input from readers – at times, Noack received more than 100 messages per day – fed directly into some of his reporting choices.

“It was a great experience to be able to brainstorm and interact with readers living in different parts of Germany and the world, and to include them, to a degree, in the process of generating ideas,” he said.

For example, Noack incorporated input from subscribers in an explainer piece about the German elections after asking them to send in their questions. Other times, contributions were used in a more subtle way, when, for instance, subscribers sent in anecdotes, studies, or other pieces of information relevant to what Noack was covering.

“A lot of the feedback I received was very helpful, professional and interesting, which I didn’t necessarily expect. This may have been because readers had to actively subscribe to the service, or that they were very interested in the subject matter, or that the interaction on this platform just felt very personal and natural,” he said.

“The anonymity and one-on-one conversations afforded by this platform may also have made it easier for people to participate and freely share their opinion because they weren’t exposed to the whole group dynamic you would find in a comments section.”

Stahl’s advice for publishers wanting to engage with their audiences via messaging apps such as WhatsApp is to recognise how different they are to other social platforms, and to really think about what type of experience would be most beneficial to subscribers.

“Even though there’s a huge audience on these platforms, some of the techniques that make it easy to work on other platforms don’t exist there. I’d say there’s simultaneously a huge opportunity but also a huge barrier to realising that opportunity,” she said.

“I think what our experiment shows is how incredible the payoff can be if you approach the platform in a way that’s really native to what people are doing on it. If you don’t think about it as a way to push information but as a way to interact really naturally with people, it’s so rewarding, although it’s much harder and labour-intensive.”