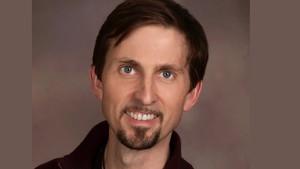 Digital media leaders will be happy to see off 2017. Google and Facebook consolidated their hold on large parts of the digital advertising business, and both legacy and digital news organisations in several countries started to feel the pressure of The Duopoly.

I think it’s important to take a “glass half full” view of these developments. Sometimes, it is just as important to understand what is not working so you can focus on what is. It is now clear that simply chasing scale – trying to outrace Google and Facebook to as many users as possible – isn’t a winning strategy.

It has also become clear that digital display advertising is under severe pressure for media companies. Google and Facebook has tied up that business globally, with the exception of a few countries. In my work in Europe, North America and Asia, I found publishers and senior editors asking tough questions about their digital strategies.

All that said, I think it’s important to focus not just on the challenges but also opportunities highlighted by strategies that are working.

The Reader is King

One of the most important trends is the shift to reader revenue, shifting the revenue mix from being reliant on advertising to one that is focused on readers. As the World Press Trends report put it, the audience-focused era has arrived.

More than a simple change in the revenue mix, this shift in revenue has profound strategic implications that I want to unpack for a moment. Early in the year, the New York Times announced in its latest strategic review – Journalism that Stands Apart – that:

“We are, in the simplest terms, a subscription-first business. Our focus on subscribers sets us apart in crucial ways from many other media organizations. We are not trying to maximize clicks and sell low-margin advertising against them. We are not trying to win a pageviews arms race. We believe that the more sound business strategy for The Times is to provide journalism so strong that several million people around the world are willing to pay for it.”

The New York Times is not alone in pursuing this strategy. In Norway, Aftenposten doubled its subscribers in a year by switching from focusing on stories that got the most traffic to stories that engaged subscribers the most.

“There’s been a shift in mentality from views, reach and page impressions to how many subscribers we have and how we can make them happy,” Tor Jacobsen, chief commercial officer at the newspaper’s parent company Schibsted, told digital publishing industry website Digiday.

And for those who might be sceptical about getting audiences to pay, I would point to The Ananda Vikatan Group, a Tamil-language media group in India. They entered digital early, launching a website in 1997, but in 2005, they decided to switch to a digital paid content strategy because the website wasn’t paying for itself on advertising alone.

That was more than a decade ago, and their digital transformation has continued, editorially and commercially. Over the past two years, they have increased digital revenue by 50 percent year-over-year.

Data is critical to your success

Another key element of the audience-focused era is an investment in audience data and the skills to use that data effectively.

Aftenposten is using Facebook to drive subscriptions, and the smart use of targeted ads based on gender, age and location, and their data tells them that 20 percent of digital-only subscriptions through the social media platform. While in-depth pieces including their investigations are only available to subscribers, they find that pieces with high emotional content work well in attracting subscribers from Facebook.

The Guardian announced earlier this year that it had increased its membership by a staggering 360 percent in a year from 15,000 to 230,000 up to this July, and it didn’t stop there. They doubled membership from July to the end of November, announcing that they had a half a million paying members.

They have attributed some of the growth to the “Trump Bump,” but they also have gathered a wealth of data on what topics that resonate with their readers, which is driving the communications that they use in calling upon readers to support their journalism and also guiding their editorial focus and investment.

Build a direct relationship with your audience

The past 18 months have been a wake-up call about the challenges of being over-reliant on Facebook and Google to reach your audience, and many news organisations spent the year working to build or, in come cases, rebuild their relationships with their audiences. I have worked with news organisations that have seen 35 percent declines in traffic overnight after Facebook tweaked its algorithms.

News organisations are working on connecting with readers directly. Social and search are still important on making first contact with readers, but a range of strategies including podcasts, newsletters, and push notifications via apps have become an increasing way to retain readers once they have a connection to your journalism.

Aftenposten is experimenting with newsletters as part of their subscriber retention strategy. The Guardian is building a series of podcasts as part of its member benefit. Political site Talking Points Memo in the US has a members-only forum called The Hive, and it says that its membership strategy has helped stabilise its business.

News organisations that have embraced the audience-focused era have been able to continue to invest in distinctive journalism. They have used data to improve their editorial and commercial performance, and they have begun to reclaim their relationship with their audiences from social media platforms with a mix of products that connect their audiences throughout the day. Execute strongly on those points, and 2018 will be a very good year.

Kevin Anderson is an international journalism and communications consultant with more than 15 years of global digital journalism experience. His clients have included Al Jazeera, India’s Network18, Reed Business Information, CNN International and Trinity Mirror. From 2014 to 2015, he was a regional executive editor with Gannett, the largest newspaper publisher in the US. From 2006 to 2010, he held a number of digital leadership positions with The Guardian, and from 1998 to 2006, he worked for the BBC, including more than six years as the BBC’s first online correspondent outside of the U.K.