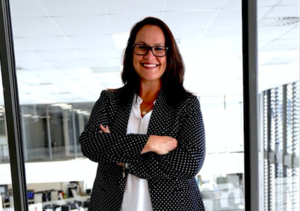 “In 2017 for Bizcommunity.com BizTrends I predicted the rise of bots and AI – which may have been a little too far into the distant future for the publishing industry at least!

However, I will this year make a more specific prediction around bots, and that is in how they are affecting the user experience of Twitter. I don’t think anybody could have predicted the enormous growth of the super-platforms like Twitter, Facebook, Instagram and Snapchat.

Similarly, I don’t think anybody could have predicted the odd anthropological mutations that have happened over the years on these platforms.

We’ve seen the emergence of the Facebook filter bubble, creating binary schisms in social politics that are having a real and deleterious effect on the world. We have also seen the increase in online grooming and child exploitation through Snapchat, Instagram and messaging services.

And on Twitter, the rise of enormous networks of bots, controlling and relentlessly retweeting the pockets of information most suitable to their human puppet masters. From the Russians to our own insidious Guptabots, it has made the Twitter experience less rich, more painful and more onerous, as users filter out the noise.

Then, Twitter decided to up the word count to 280 characters, instantly creating more opportunity for trolls and bots, and in one move killing their USP: the challenge to succinctly express a thought or comment on a complex topic in just 140 characters.

So my first prediction is that we will start seeing a decline in Twitter, people will find it less interesting, less useful and more cluttered, and that won’t bode well.

Similarly, the pressure Facebook is under to filter fake news and ads, to address the question of whether they are a platform or a publisher, to meet genuine publishers halfway with some form of revenue possibilities for our valuable and costly content … all this I think will result in some dramatic policy decisions emanating from Planet Zuckerberg.

My second prediction is about consolidation in media. At Tiso Blackstar, we have just taken the very painful decision to close The Times, a beautiful and clever newspaper that has suffered over the years by not being supported to any great degree by advertisers or subscribers.

The wise decision has been taken to cease publication in this medium, and move the great efforts of its writers and columnists to a premium online publication, Times Select. Available as a once-daily edition for a subscription price, Times Select will from January represent a new and innovative way of delivering premium news, comment and entertainment to readers.

While we may be the first, I predict we will not be the last. We all know which newspapers are being printed and distributed in South Africa at a far greater cost than the revenue they are receiving. The writing is on the wall, and it’s a matter of time before decisions are made to focus on the healthy options, and close the chokers. This applies equally to websites that are not monetising successfully.

Advertisers are reducing budgets across the board and the sustained lagging economy, fuelled by large-scale theft, incompetence and mismanagement at the highest levels, is not helping. Regrettably, what will suffer in the longer-term is our ability as media companies to sustain the level of excellence we have managed thus far in holding the powers to account. Advertisers, readers and the country as a whole will suffer as a result.

My third prediction is also about advertising, programmatic specifically. We have heard for some years about the rise of programmatic: how advertisers are not only moving their budgets from print to digital, but now from digital to programmatic more specifically because they want nothing but ROI, reach, share of voice and specifically-targeted advertising.

I think this is foolish and a false economy. There may be short-term gains and very specific leads to be had, but in our experience with direct clients, agencies, planners, and buyers, there is a lot of talk and bluster, and very little action.

Worse, the lack of experience in programmatic management all the way down the food chain is notable across the board, the actual net spend is far smaller than anybody is letting on, data management is middling to poor and the only players really benefitting from the “uptick” in digital spend are the duopoly: Facebook and Google.

Fortunately, the pace of change in this brutal industry is so fast that we are already seeing a change of tack with the bigger players who have realised that you can’t beat those double page glossy ads in Wanted for brand presence, or a series of well-placed, high-end editorials in a native campaign on BusinessLIVE, or a clever, rich media take-over on SowetanLIVE. We’ve spoken extensively to overseas contacts who report a contraction already in the way programmatic is being managed, a move away from the spray-and-pray approach, and a retreat to quality brand partners.

Our programmatic revenue at Tiso Blackstar is growing exponentially, but we have invested in very specific methods to do this, and do not see it as a panacea or replacement for more stable revenue streams. Will we bet the farm on programmatic? No. Is it a valuable addition to our arsenal of monetisation methods? Yes, but it’s not the answer to everything, for advertisers or publishers.

Speaking of stable revenue, my fourth prediction is that more other publishers will start launching paid-for sites with premium or niche content. If newspapers make money from twin pillars of circulation and advertising, and digital advertising is a hiding to nothing, it’s essential to bring in a subscription revenue stream.

Journalism costs money, quality journalism costs more. Readers understand and support a vibrant press and our steady and increasing stream of online subscribers to both BusinessLIVE and the Sunday Times, is testament to that fact.

Finally, my fifth prediction is a big push against data costs in South Africa. The carriers are already rightfully under pressure for “stealing” back data that has been bought and paid for, and the next big fight will be for better and cheaper access for all. #Datamustfall is the hashtag du jour and the rise of zero-rated products supports the movement, as should government and telcos.

I read a quote once that said the differences in the world will not be between the haves and the have-nots but between the connected and the unconnected. Never has this been truer than in South Africa.

*Since this article was written, Twitter has gone to some lengths to clean up the GuptaBot proliferation. A campaign driven by Andrew Fraser went a long way to getting this result, and Twitter internationally is paying more attention to the armies of bots overrunning the platform. However, there is a long way to go.

This article by Lisa MacLeod first appeared on BizCommunity.com and is republished with their permission. The original article can be accessed here.