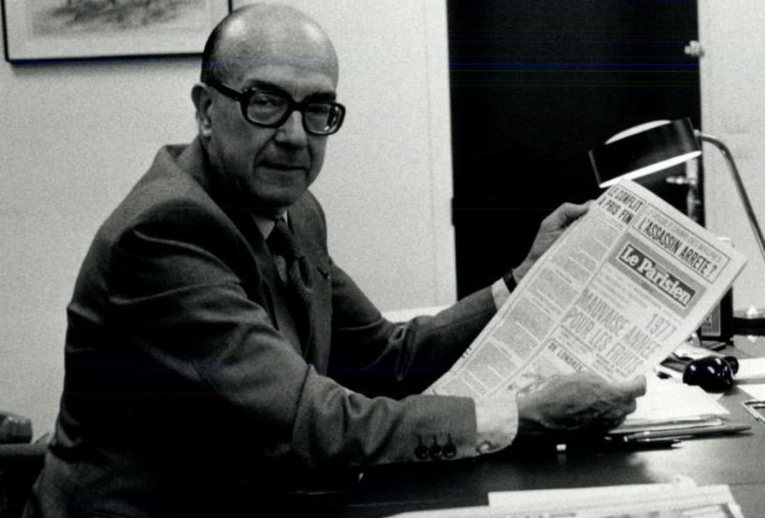 The aims and functions of INCA (Newspaper Production Journal, 1961)

WAN-IFRA was born in 1948. It was then called FIEJ (Fédération Internationale des Éditeurs de Journaux, the International Federation of Newspaper Publishers). Seventy years separate us from its founding Congress, which was then meeting in Paris. This is probably an eternity for most of you, for me, though I was not yet born, it seems like yesterday. For all those who collaborate with WAN-IFRA, a strong bond, an immutable value brings us closer to these first years of FIEJ: Solidarity in action at the service of a free, sustainable, and innovative press, confident in the future.

This link is still as powerful seventy years after the creation of FIEJ. Claude Bellanger, its founder, and also co-founder and publisher of French newspaper Le Parisien Libéré, was general secretary of FIEJ from 1948 to 1962, and its president until 1978. He was the organisation’s undeniable pillar for more than thirty years: its main architect, its irreplaceable master builder.

In 1942, Claude Bellanger summarised in a powerful way the two rules of life that always animated him: “struggle and hope”. He did so well at transmitting these rules to FIEJ that we at WAN-IFRA proudly still carry them in 2018. This motto, which we adopt unreservedly, was also that of a group of men of conviction, resistants during WWII, who were shaped by the virtue of freedom and tolerance. They patiently and relentlessly pursued what has become today the world’s leading association of news professionals. For many of us the perils certainly seem more distant in 2018 than they were for the FIEJ pioneers in 1948, at the end of nearly six years of an appalling abyss. And yet, the free world, and with it freedom of expression, still seem to be under threat today in countries once thought to have been immunised against obscurantism and intolerance.

We will meet in June 2018 during our annual World Congress, this year organised in Estoril, and work with our members throughout the year, because we are aware that democracy is fragile and that a free, sustainable, therefore independent press is an unchallenged asset that can preserve us from despotism.

In 1948, as in 2018, corruption, barbarism, intolerance and censorship are still harassing the press in forms that are undoubtedly more insidious and subtler than seventy years ago, but that are equally devastating for individual liberties. There are too many examples to cite, and the reasons for the decline in freedom of the press are plethoric: the fatal drift of governments against individual liberties, such as in Turkey or Egypt, taking control of public media, including in Europe, as in Poland; increasingly tense or catastrophic security situations, the like of which we are witnessing in Yemen or Mexico. Only those who benefit the most tend to forget that this freedom, the freedom of expression, must be preserved at all costs. It is a fundamental right, a touchstone of all our freedoms, and press freedom – enhanced by solid independent news publishing companies – continues to be one of its fundamental pillars.

Claude Bellanger wanted FIEJ to perform a watchful vigil and constitute a united strength in the face of these drifts in freedom. WAN-IFRA continues to fulfill this vigilant task, championing the rights of journalists to operate free media around the world. Together with several thousand member companies, 60 national representative associations support the work of our organisation in more than 120 countries. The legacy passed on to us by Claude Bellanger is a heritage to preserve, but we do not contemplate it with nostalgia. The absence of memory is an inability to invent one’s future. Indeed this memory drives us and motivates us on a day-to-day base to meet the challenges of the digital transformation age.

The generation of journalists, press owners, friends and relatives who surrounded Claude Bellanger, in France and internationally, was marked more than any other by the turmoil of the Second World War. It was by fighting for and sharing the values of a world finally liberated and open like no other that they were able to set up the International Federation of Newspaper Publishers. Bellanger devoted himself fully to the network for more than thirty years. He would say of these three decades of international life that they always fascinated him, that FIEJ gave him a lot and that in return he learned a lot. This is the legacy he has passed on to WAN-IFRA members, and we need not go much further to understand why many new members are joining the association. With more than 20 already since the beginning of the year, our community is still growing, seventy-years after its foundation.

“Persuade, lead, and undertake” was the passion of Claude Bellanger in 1948. This was also the motivation of Walter Matuschke, the founder of INCA in 1962, which became IFRA in 1967. This has always been the common thread of directors and successive presidents of what later became WAN, IFRA, and then WAN-IFRA. The core of their nature. This is the meaning of the seventy congresses organised since 1948, the one we organise this year in Estoril, and those we will organise in future. As Bellanger said, we meet because we want “to find points of connection between the spirits, between the people, and at the same time not to wait, in a passive way, for the perils to come.” The message is for us to be ahead of those threatening the freedom of information essential to the normal functioning of open and tolerant societies.

Nicolas Bouvier, the tireless adventurer and unclassifiable novelist, said it differently in a way that I particularly like: “We must find the unity of the world that travellers learn to know, and feel and live the harmonies that bind people and things rather than sticking to what separates them.”

To close this tribute to our founder, I will quote one of his leitmotivs, one that animates me in my daily work at the service of our members:

“The future of the press, it is in this desire that everyone will have to maintain the freedom of the press. It is also in this openness of mind that men instead of having blinkers will have their eyes fixed on the whole world, will try to understand and will try first to understand each other.”

This desire to understand and share our differences is one of the last great utopias for which it is still worth fighting. “Struggle and Hope”, in solidarity and as one community. 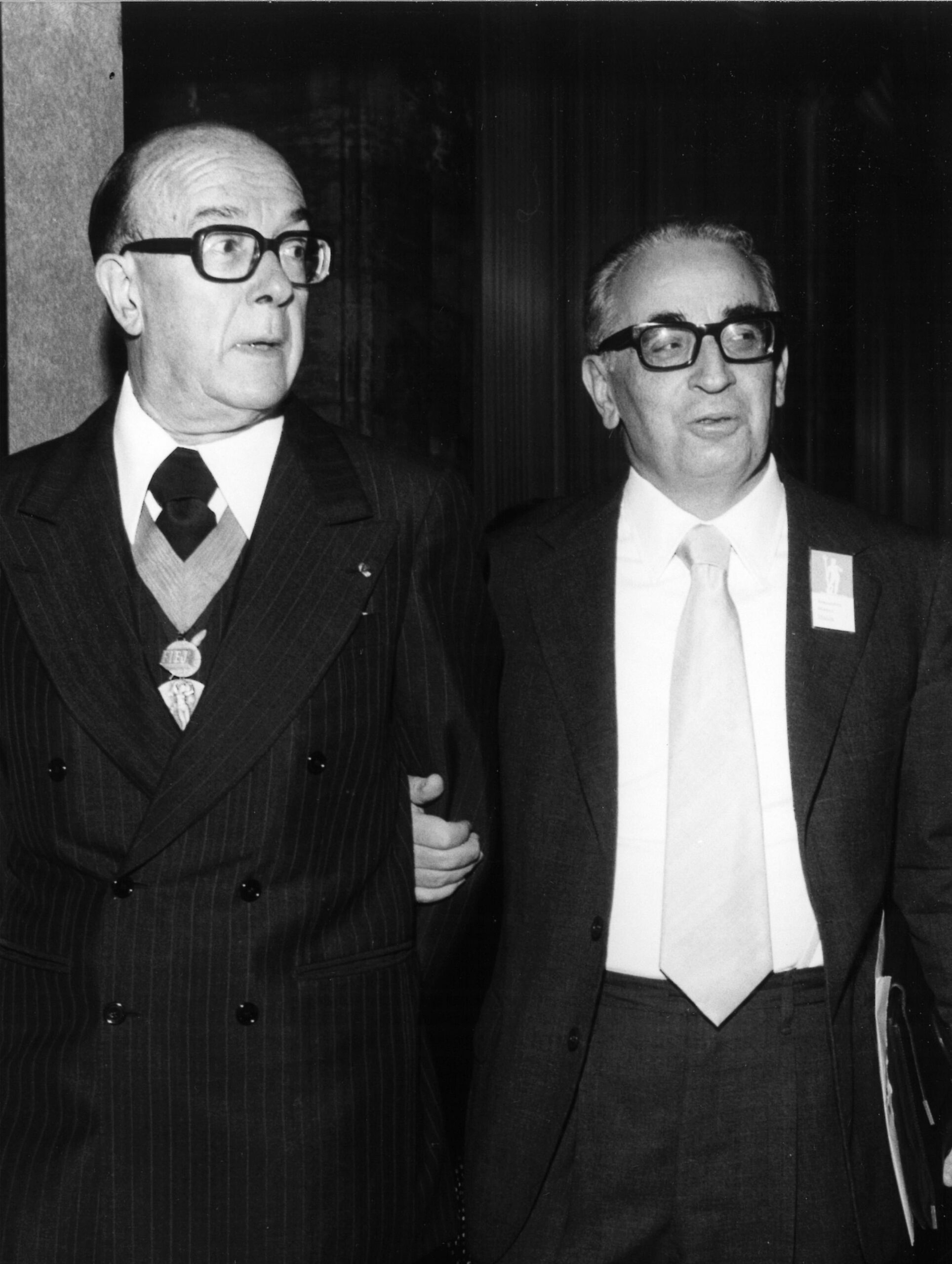 Claude Bellanger has been President of the International Federation of Newspaper Publishers (FIEJ) since 1962. Before that, he had served as General Secretary of FIEJ since its foundation in 1948.

He was born in 1910, and has been a journalist since 1927. While working as a journalist, he also completed a university course and held an arts degree in philosophy.

In Paris, under the German occupation, he was co-founder of a resistance movement called« Maintenir », set up in 1940. In 1942, he became a member of the underground Committee controlling the OCM (Organisation Civile et Militaire) Resistance Movement, the largest of its kind in the northern zone. In 1943, after denunciation, he was imprisoned for six months at the German military prison of Fresnes. In the years 1943/1944, he was a member of the National Resistance Council’s Information Commission, as well as of the permanent Commit­ tee of the National Clandestine Press Federation. Underground animator of the paper’s founding team, Claude Bellanger has been Managing Director of the « Parisien Libéré » since its founda­tion during the Paris revolt of August 1944. He was its President from January 1977.

He was elected President, then Honorary President of the Syndicat de la Presse Parisienne, and Vice President of the Federation Nationale de la Presse FranÇaise ( a position he has held since 1945) and has consis­tently played an active part in the professional organisation of the Press. Vice President of the Board of Directors of Agence France­ Presse since 1957, he actively participated, from its foundation, to the life of the Institut Français de Presse et des Sciences de l’Information.

He has been one of the founders and the Vice President of the Centre de Formation des Journalistes ( Journalists’ Training Centre), etc.
As from his participation in the Conference of Experts on the Freedom of Information, organised by UNESCO in 1947, he was a member of the French National Commission by UNESCO.

He was a Committee member of the International Association for Mass Communication Research ( IAMCR).

In addition, he was the author of several historical works and essays, including « Vers la guerre ou vers la paix » (1936); « La Presse des barbeles » (1951), which won a French Academy prize; « Presse clan­ destine 1940-1944 » (1961); and a book about Emile Zola’s early days as a journalist, published in 1964. He was one of the co-directors and main authors of the monumental « Histoire Generale de la Presse Française » in 5 volumes, which was awarded a History prize by the French Academy.

Claude Bellanger deceased on Saturday May the 13th, 1978, aged 68, struck by a sudden illness, in the presence of his wife, the writer Christine Arnothy, and their two sons, Pierre and François.