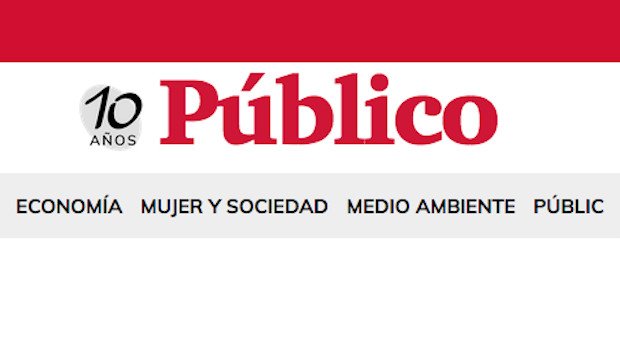 According to Público’s deputy editor-in-chief, Virginia Alonso, news organisations in Spain have been grappling with a loss of credibility and decline in trust ever since the economic crisis hit more than a decade ago.

“It became clear that there were political and economical interests in the media, and that these interests were reflected in journalistic approaches,” she said.

In a bid to “recover lost credibility”, the Público team started building its Transparent Journalism Tool with funding from Google’s Digital News Initiative.

“The aim is to introduce radical transparency in the editorial process in order to be grounded in fact-based journalism,” she said.

The idea behind the tool is to enable readers to easily see every step of the reporting process and story unfold via access to a visual “transparency map.” That “map” will reveal additional information, such as sources, location, consulted documents or even material that didn’t make it into a story.

The development team are currently working on the component of the tool that will automatically pull information from stories, such as location or the reason certain topics have been covered; decisions, that then have to be validated by the journalist who has written the story.

The tool, which is set to be released in early summer, will also be open source.

Established in 2007, Público has been operating online-only after its print edition folded in 2012. Its staff of around 30 includes approximately 25 journalists.

The Transparent Journalism Tool isn’t the only initiative around transparency the outlet has launched. When Alonso and current editor-in-chief Ana Pardo de Vera took over at Público about one-and-a-half years ago – making the outlet the only news organisation in Spain led by two women, according to Alonso – they decided to redefine Público’s editorial focus, and increase its overall transparency.

They outlined 10 coverage areas and news priorities (so-called “Público flags”) the editorial team was going to focus on, such as social justice, human rights violations or investigations, and made them accessible to readers.

“We decided to make them public so our readers can know why we cover certain stories and not others,” Alonso said. In an interview with IJNET, she also pointed out how focusing on these thematic areas contributed to a significant increase in traffic, calling the result in the audience “exceptional”.