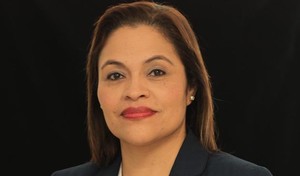 Velásquez’s career at the news publisher, which is among the country’s most circulated, has spanned more than two decades. She became editorial director last year, making her the first woman to hold that position.

In this role, she is responsible for newsroom operations, multi-platform content, and the professional growth of Prensa Libre’s journalists.

Given her experience in managing external platforms and her unique position as Prensa Libre’s first female editorial director, she tells us about gender diversity within the newsroom, shares some insight into how they handled Facebook’s Explore Feed experiment, which wreaked havoc with news organisations’ traffic in six countries, and dishes out a healthy dose of advice on working with platforms.

WAN-IFRA: You’re Prensa Libre’s first female editorial director. How would you characterise the state of gender representation in your newsroom?

Doménica Velásquez: It is very balanced in the decision-making positions of the Editorial Board, but there is still room for growth at the level of journalists in the different beats.

At the moment, all the management positions for specific audiences, such as National, Sports, Lifestyle or Community, are directed by very capable women. Promotions are based on the capacity and capability of each candidate, whether you are a man or a woman.

At the level of journalists, designers, graphic designers, photographers and others, there is still room for improvement. Here, close to 20 percent are women, but we expect that to grow according to the capacities and new skills that are necessary in the newsroom, especially those that are related to engaging with the audiences.

How would you describe Prensa Libre’s approach to social media platforms, Facebook in particular?

Our Facebook content distribution strategy is designed to generate traffic, to listen to the audience and to generate interaction with our content. Depending on schedules, the content may vary between news, analysis or entertainment.

On all social platforms, we maintain the objective of staying connected with the audience and to get to know them better through content distribution and the way they consume it.

At every step, we keep in mind the unique characteristics of each social platform. For example, our strategy on Twitter, where we have 1.1 million followers, differs from the one on Facebook where we have 2.97 millIon likes. On other platforms, we are getting to know the audience, especially on those that are used more by young people.

On channels like YouTube, we know that many of our more than 120,000 subscribers are based outside of Guatemala, and we want serve them with relevant information they are interested in.

Guatemala was one of the six countries in which Facebook launched the Explore Feed experiment. How did this affect engagement and traffic, and how did the situation evolve? What measures did you take to address it?

October 17th was the day that Facebook implemented the Explore function. Immediately, the effect was a drastic fall in traffic: to Prensa Libre it fell by approximately 30 percent.

Although this seems like a lot, we believe that other media outlets in Guatemala were affected even worse.

A year and a half before that “black October,” Prensa Libre had started an intense SEO strategy, pushing direct traffic, simply because we always believed that the day would arrive when Facebook would control the community. And it did.

Prensa Libre does not believe in clickbait, so the effect of the experiment was lower than for some media organisations that had become addicted to generating traffic with sensational content.

In Guatemala, some publishers paid for their posts during those days, because the fall in traffic would have been too dramatic otherwise.

Even though traffic and unique users fell, we began to notice that the quality of traffic improved. By that I mean that KPIs such as loyal users, engagement time, page views, and bounce rate improved. It was easy to explain: although Facebook generates a significant amount of traffic, sometimes the way its interface is designed affects how the audience consumes or is exposed to your content.

At the beginning of this year, we started to recover traffic because we accelerated the implementation of other ways to reach the audience, and as journalists forced ourselves to think more about how to improve engagement with our audience, one by one, and not massively as we sometimes do on Facebook.

The Facebook experiment is over. With this, traffic rises again and the other metrics fall. We have decided to keep two panels with statistics, one with Facebook and one without it, so that we never forget that the main strategy is geared towards increasing our loyal audience.

Given your experience, what advice do you have for other publishers with regards to external platforms?