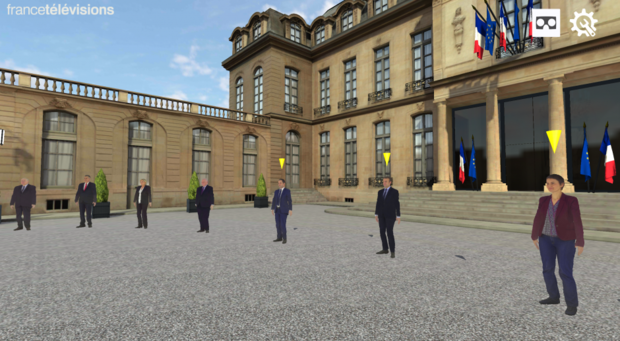 France Télévisions is the French public broadcasting organisation based in Paris, with over 10 000 employees. Grown out of a small innovation department that existed within France Télévisions since 2010, the media lab was created in 2016 with a triple mission:

A lab needed to be created to get closer to the newsroom and to have an actual team:

“I’m most proud of how the lab is working with the newsroom on the one hand and with developers and designers on the other hand,” says Eric Scherer, Director of the Digital Innovation department and Head of FranceTV Lab.

“The lab is part of the newsroom. It’s a real beginning of co-working between engineers and designers, and journalists and reporters.”

Read about the 40 Media Labs we talked to so far or contact us to share your story.