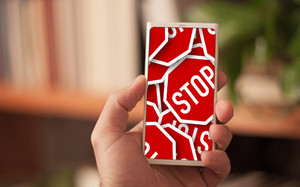 Applications that filter out and hide website advertisements may remain freely available in Germany, the court ruled, making Axel Springer the latest of several German media companies to lose a legal case brought against developers.

The Federal Court of Justice (BGH) dismissed a claim brought by Axel Springer, which had accused Eyeo, the developer of the ad blocking extension AdBlock Plus, of unfair competition practices.

The Federation of German Newspaper Publishers (BDZV) has reacted with incomprehension to the ruling, saying, “This would make any financing model for online journalistic content that relies on digital advertising revenues massively vulnerable.”

Eyeo commented on its website, “We are excited that Germany’s highest court upheld the right that every internet citizen possesses to block unwanted advertising online. As we have since 2014, we will continue to fight for users’ rights in Germany and around the world.”

There was no official reaction to the ruling on Axel Springer’s website, but on the day the decision was issued, the company filed a constitutional complaint charging violation of press freedom at the Federal Constitutional Court.

Further details are available in an English-language article on the Deutsche Welle site.

For background information about ad blocking, see the WAN-IFRA Report “Ad Blocking – Implications and strategies for publishers.” The Report is available free of charge to WAN-IFRA members and is for sale for €250 to non-members.