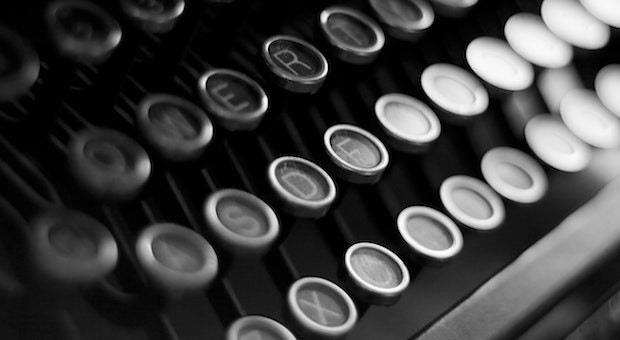 by Simone Flueckiger simone.flueckiger@wan-ifra.org | May 22, 2018

Now three years old, The Quint is an Indian media startup producing a wide range of content aimed at millennial users. One of its fastest growing sections in terms of readership, according to co-founder and CEO Ritu Kapur, is a misinformation busting initiative called Webqoof.

As part of Webqoof, The Quint’s reporters expose and debunk hoaxes and false claims, and fact-check videos and photographs that have been altered or taken out of context.

“In Hindi ‘Bewaqoof’ means ‘idiot’ and we’ve tossed it around to create ‘Webqoof’ – indicating that you’re an idiot if you believe anything on the web,” Kapur says.

Under the umbrella of its Trust Project, the Toronto Star in Canada aims to foster reader trust and become more transparent about its reporting, responding to the industry’s credibility crisis and the effects of Donald Trump’s anti-media rhetoric.

“I think that the Trump effect has been really strong and that it has really empowered people to attack journalists and journalism, and we need to do something to tell our story,” says the Star’s public editor Kathy English.

“We’re storytellers and we need tell our story a whole lot better than we have in the past.”

As such, the Star introduced a two-pronged approach to enhance reader trust: appointing a transparency reporter and overhauling its labelling system to better distinguish between news stories and analysis.

Investigative journalist Kenyon Wallace is now shedding light on how the Star produces its journalism in a weekly feature, aiming to offer readers a behind-the-scenes look. Further, the Star is now labelling its stories in a way that differentiates news from opinion more clearly, addressing issues around media literacy.

Taking a similar approach, NRC in the Netherlands, one of the country’s leading national newspapers, has started to include “About This Article” boxes in stories in order to share behind-the-scenes insights.

These boxes may include information such as the number of people that have been interviewed for a story, why certain sources were kept anonymous, what kind of documents the journalists reviewed, or how long they worked on the article.

“This way, the reader knows how much work goes into a story, and I think that really helps to build trust as well,” says NRC’s deputy editor-in-chief Stijn Bronzwaer.

“We’ve been doing it more and more because we noticed that readers really appreciate that.”

This small initiative is part of a larger push at NRC to boost trust and build stronger relationships with its readers in an effort to, ultimately, understand and serve them better.

For instance, every two months, a handful of journalists take to their phones to call up readers to discuss what they like or dislike about NRC’s coverage, address complaints they may have had, or talk to them about why they chose to end their subscription.

“It’s a really small thing but it’s very insightful for our journalists because it allows them to really learn who the people they write for are,” Bronzwaer says.

“And for the readers it’s great to be able to speak to somebody from the newsroom.”

Público: A new tool to bring back trust

With its “Transparent Journalism Tool”, Spanish news outlet Público is hoping to regain the trust of its readers by allowing them to retrace every step of the storytelling process.

“The aim is to introduce radical transparency in the editorial process in order to be grounded in fact-based journalism,” says Público’s deputy editor-in-chief Virginia Alonso.

Set to be released in early summer, the idea behind the open-source tool is to enable readers to easily see every step of the reporting process and story unfold via access to a visual “transparency map”. That “map” will reveal additional information, such as sources, location, consulted documents or even material that didn’t make it into a story.

One component of the tool will automatically pull information from stories, such as location or the reason certain topics have been covered; decisions, that then have to be validated by the journalist who has written the story.

The Transparent Journalism Tool is just one of Público’s initiatives geared towards bolstering trust and transparency. When Alonso and current editor-in-chief Ana Pardo de Vera took over at Público about one-and-a-half years ago – making the outlet the only news organisation in Spain led by two women, according to Alonso – they decided to redefine Público’s editorial focus, and increase its overall transparency.

They outlined 10 coverage areas and news priorities (so-called “Público flags”) the editorial team was going to focus on, such as social justice, human rights violations or investigations, and made them accessible to readers.

“We decided to make them public so our readers can know why we cover certain stories and not others,” Alonso says.

WikiTribune: Bridging the gap between readers and journalists

Launched with the claim “the news is broken, but we figured out how to fix it”, WikiTribune, Wikipedia founder Jimmy Wales‘ new media venture, aims to take transparency to the next level, making its entire editorial process fully available to the public for review and collaboration.

“WikiTribune is attempting to bring back the public’s trust in journalism,” says Orit Kopel, WikiTribune co-founder and VP of business development.

“We are doing so by trusting the public and integrating them in the process of producing the news. This radical idea ensures the quality and reliability of the news coverage and not less importantly – increases its neutrality. We want to be the bridge between the public and the facts, while delivering the information in the most neutral way possible.”

Similar to the Wikipedia model, readers are encouraged to take part in every step of the editorial process, from weighing in with story ideas to fact-checking articles or flagging bias, with community edits subject to approval by a member of the editorial team.

“Our main challenge has been to increase community and that is now our main focus. We are currently working on many changes on our platform, mainly to make it easier for readers to edit and discuss the content of the articles,” Kopel says.

“We are reconsidering the subjects and frequency of the stories that we cover. We plan to initiate more community events, such as meetups and hack-a-thons. We’re working hard on making WikiTribune the fully collaborative news Wiki platform that we wish for it to be and step by step we’re getting there.”

This year’s World News Media Congress, taking place 6 to 8 June in Estoril, Portugal, will feature a session called “Truth, Trust and Fighting Misinformation”, highlighting the individual and collaborative ways with which newsrooms are fighting distrust and misinformation.