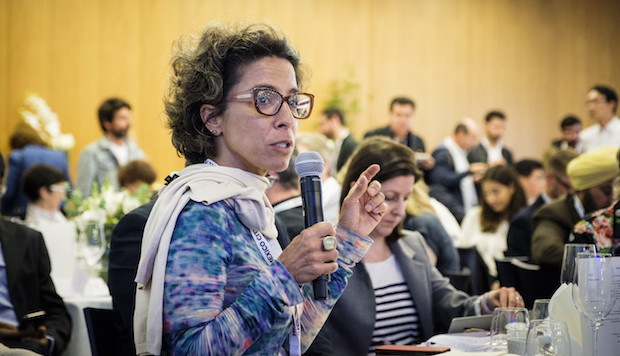 Isabel Amorim, Director of Market, Digital and Patnership at Editora Abril in Brazil, shares her insights during the Women in News Summit.

In fact, figures cited by Melanie Walker, WAN-IFRA’s Director of Media Development and head of Women in News, during this year’s Women in News Summit paint a rather dismal picture. Of the 100 largest media companies in the world, women comprise only 17 percent of top management. The percentage of women featured in news content stands at 25 – a number that hasn’t changed in more than 20 years. Against that backdrop, addressing the gender imbalance in the news media has become all the more pressing.

“The media is the prism through which society sees itself,” said Joanne Lipman, former Editor-in-Chief of USA Today and former Chief Content Officer of Gannett who recently published a book titled, “That’s What She Said – What Men Need to Know (and Women Need to Tell Them) About Working Together.”

“And the fact that the industry is overwhelmingly run by men skews what we see as news, and how society sees women and other underrepresented groups.”

As part of the second edition of the Women in News Summit, which preceded this year’s World News Media Congress in Estoril, Portugal, media executives from around the globe, both women and men, came together to discuss practical steps news organisations can take to tackle gender imbalance in the news media.

1) Keep track of your data

“You won’t fix something you don’t measure,” said Raju Narisetti, outgoing Chief Executive of Gizmodo Media Group who will soon join the Columbia Journalism School faculty as Professor of Professional Practice and as the new Director of the Knight-Bagehot Fellowship in Economics and Business Journalism. He suggested getting a snapshot of gender balance in one’s organisation and to look at the numbers at all levels, resisting the temptation to aggregate data.

“It’s important not to stay at the aggregate level to make you feel good, you really need to drill down,” he said. “We started off at the very top but then we began drilling down into the number of managers, editors, department heads, going all the way down to the interns.”

“We need to measure who are the voices, the pundits, the bylines…what gets measured, gets fixed” – @joannelipman on fixing the gender imbalance in newsrooms #WNC18

Similarly, Dorthe Bjerregaard-Knudsen, COO of Denmark’s JP/Politikens Hus, which has had a diversity policy in place since 2008, said they collect detailed statistics on female representation as part of a broader push to improve gender balance. This includes a three-year action plan for all business units, a mentorship programme for women and surveys to better understand how employees perceive their possibilities within the group.

Data collection also lies at the heart of the BBC’s 50:50 project, an initiative started by Outside Source presenter Ros Atkins to improve the gender balance on his television news programme. “Perception doesn’t work, we need to know,” he said. Atkins and his team started to collect data on who appeared in each broadcast, identified subject areas and stories in which women contributors were underrepresented, and expanded their network of highly-qualified female commentators.

I admire the BBC’s 5050 project tracking how many women appear on the news, are quoted, or have bylines. Habit-stacking data tracking in their process has improved representation and become second nature for their teams. #WNC18

Within three months, they increased the percentage of female contributors featured in the programme from 39 percent in January 2017 to 51 percent in April of the same year, and have since averaged 52 percent contributions from women. These results have proved so inspiring that now more than 150 BBC programmes and digital-only services are actively trying to increase the visibility of women in their content, highlighting how a bottom-up approach can spread throughout an entire organisation.

Once the numbers have been collected, sharing them with the entire organisation instead of keeping them at the top level is key to bringing the issue on everyone’s radar.

While at Gizmodo, Narisetti regularly shared numbers on gender with all staff and included statistics from other companies to show how they were stacking up against them.

“If you’re doing this, share it with all your staff because then it becomes much more of a shared challenge,” he said.

“And the advantage of sending it out is that you should really hope that it leaks because it puts so much pressure on you. You’re really on the hook now.”

“Make sure your diversity numbers leak, because that puts an enormous pressure on you, and you need that”, @raju says at #WNC18 Women in News Summit. @NewsConf

In the same spirit, the programmes and digital services participating in the BBC’s 50:50 project share their figures with each other on a monthly basis, holding each other to account and encouraging a dialogue about their performance in terms of gender equality.

While men still take up much more space in news coverage than women, many media companies are taking steps to diversify their sources to more accurately reflect the audiences they are trying to serve.

“We have a responsibility to make sure that we are informing our stories from the most diverse group of sources that we can find,” said Laura Zelenko, Bloomberg’s Senior Executive Editor, adding that an analysis showed that the number of women quoted in stories, featured on TV and on panels during events was “shockingly low.”

75% of pundits quoted in most newspapers and sites around the world are male. #SkewsTheNarrative – @joannelipman at #WINSummit18 #wnc18 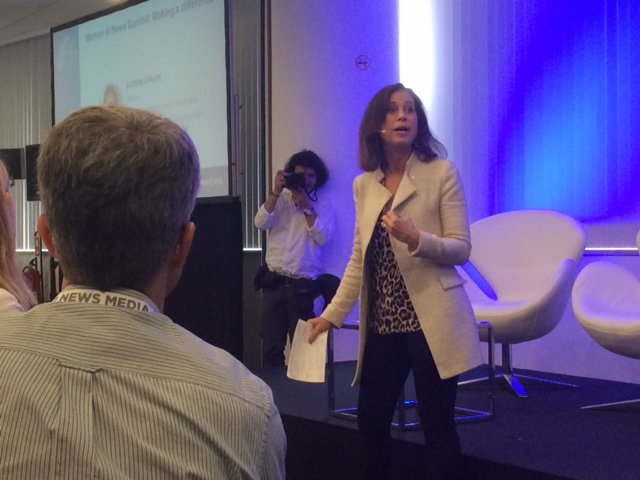 To change that, they created a database of more than 2,000 women experts, which can be accessed by bureaux across the globe and includes the subjects the experts are most comfortable talking about and whether they are willing to appear on TV.

Similarly, under the umbrella of its Gender Initiative, The New York Times aims to elevate gender as a news topic, reach new audiences, and achieve gender parity in its reporting. “I think it’s massively important to quote women,” said the initiative’s Director, Francesca Donner. “It brings a different perspective on things.”

From top-down initiatives led by management to staff-level empowerment approaches like the BBC’s 50:50 project, there’s no one way to address gender imbalance in news organisations and the lack of female voices in their coverage. What’s crucial, though, is recognising that it’s a problem women can’t solve on their own. And they shouldn’t have to.

“The issue of gender equality in the workplace and media is not a ‘female issue’ it’s an ‘all of us issue’,” Lipman said.

Cliché of the day: “What a difference a year makes” but it applies to today’s #WINSummit18… A year ago, I was initially told to leave the room when I entered (just a local support oops). Today, @raju kicks off the event and the room is peppered with diversity. #Progress #WNC18 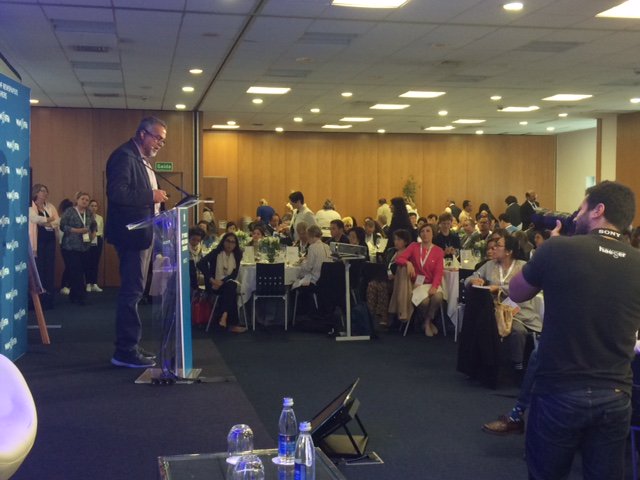 In her recently published book, she explored how men can join forces with women in order to solve persistent inequalities in the workplace, featuring dozens of examples of executives who succeeded in engaging women to push toward a transformation.

“Women alone have been working on this for years and years, and we have not been able to solve this, so we really need all of us to be part of this.”

Mariana Santos, founder and CEO of Chicas Poderosas, a non-profit organisation that aims to bring more women into technology, echoed the sentiment.

“This is not a fight between woman and men,” she said. “This is a collaboration effort, and all of us need to understand that this is good for everybody.”

About Women in News:

WAN-IFRA launched the Women in News programme to work from within the industry to identify collective solutions to bridge the gender gap within our leadership structures and voices. WIN recently released a toolkit on sexual harassment, and is currently developing at training model geared to media managers and employees that will be made available to media houses beginning this autumn.

A similar toolkit currently under development will focus on editorial and organisational strategies to promote greater gender equality in content, working with leaders and allies from with the industry to develop best practices and practical tools to share with media organisations. WIN has also re-released its WINning Strategies report, which features case studies from 10 news organisations that have made gender equality a priority.