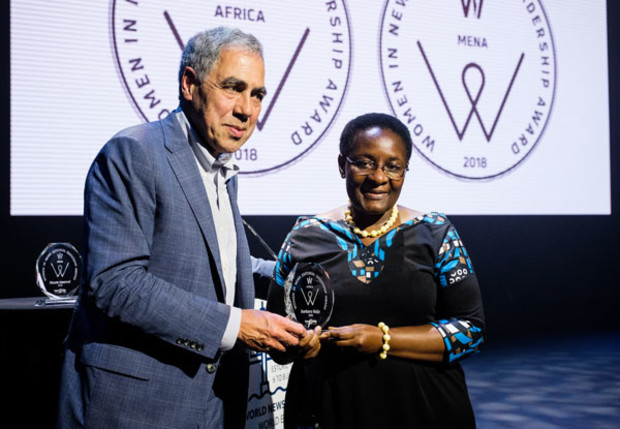 It was a pleasure to see so many of you represented at the World News Media Congress and World Editors Forum. The 70th annual congress in Estoril, Portugal, was a success and marks significant progress your association is making on a variety of issues. I would like to highlight two aspects of the conference and board meeting.

At our board meeting in New York City in December 2017, we committed to an ambitious plan to improve the diversity of programs, management and the board with specific goals on gender diversity. This congress marked real advances. The impressive group of people making presentations at the conference in Portugal were 50 percent female, which was one of our goals. We elected five women to the board including Lisa MacLeod, an executive at Tiso Blackstar, as vice president. Important presentations were on the topic of Women in Media and were well received. The closing dinner on Thursday night highlighted powerful women in Africa, Barbara Kaija, and the Mideast, Noura Hourani, who received Women in News Leadership Awards. Maria Ressa of Rappler in the Philippines received the Golden Pen of Freedom.

The second issue I want to highlight is action taken by the board during the Congress. We voted to sign a letter to Mark Zuckerberg, CEO and founder of Facebook, objecting to plans Facebook announced to treat promotion of journalism about political issues as if it were advocacy of political issues.  WAN-IFRA joined international organizations and the News Media Alliance of the US to strongly protest the policy and offer a concrete suggestion on exempting media companies from being treated as advocates of political positions. This is a positive step by the board to advocate for you, our membership on an important journalistic issue. We will continue to advocate on this and other important issues.

Please check our website regularly as there will be more information about the programs and the takeaways from the conference.