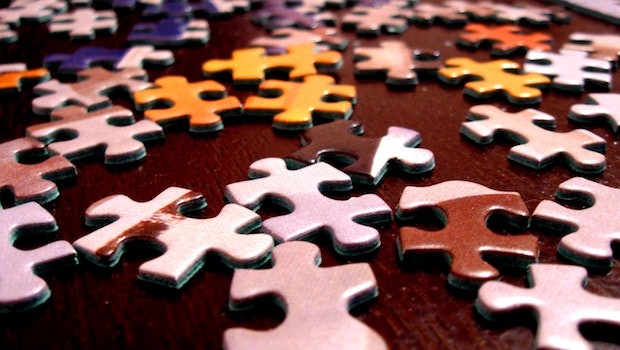 “Not to change it completely because a lot of great reporting is being done. Not everything we do is wrong but we need to admit that we need to adjust the culture.”

On the Constructive Institute’s website, constructive journalism is described as ‘a response to increasing tabloidization, sensationalism and negativity bias of the news media today’ and as ‘an approach that aims to provide audiences with a fair, accurate and contextualised picture of the world, without overemphasising the negative and what is going wrong’.

Haagerup argued that news organisations tend to favour the negative (“a good story is a bad story and if nobody gets mad it’s advertising,” he said, quoting a former journalism professor) – a culture that skews people’s perception of the world, and causes them to disengage.

“In millions, people are turning their backs on traditional news, especially women and especially young people,” he said.

“Journalists are the filters for the information that comes through. How then are we filtering?” @UlrikHaagerup #WNC18

For advocates of constructive journalism, concerns that it may gloss over negative aspects of stories or forego that type of reporting altogether in favour of positive coverage are unfounded.

“It’s not a North Korean version of journalism,” Haagerup said.

Concretely, that responsibility refers to the media’s role of acting as a ‘filter between reality and the public’s perception of reality’, with Haagerup arguing the current news culture doesn’t provide people with the full picture of the world, and negatively influences public debate.

To highlight this point, he cited figures from Ipsos’ “Perils of Perception” study, a survey conducted in 40 countries, which explores the gap between people’s perceptions and reality.

Constructive journalism is ‘good for business’

Haagerup’s interest in constructive journalism was awakened in the early 1990s, when he was covering Danish politics for national newspaper Jyllands-Posten. At the time, neither the government or the opposition had a majority, and the two sides could not reach an agreement.

Frustrated with the way journalists fueled the conflict and tired of writing about the stalemate, Haagerup changed tack. Acting as a mediator, he invited the chairpeople of the youth organisations of the various political parties to come together to see whether they might succeed where their older counterparts had failed. The plan worked, and the young politicians from the governing and opposition parties reached a compromise.

Widely considered a pioneer of constructive journalism, he aims to bring it to other news organisations through the work of the Constructive Institute, and has published a book on the topic.

The concept has been gaining traction over the last few years, with several major publishers introducing constructive reporting into their work.

The Guardian, for example, produced more than 150 constructive stories over a period of 18 months, examining ‘the relative merits of everything from dog turds to ketamine, the blockchain to microhouses, and gardening to exoskeletons’.

“And what happened was people seem to read the stories more than traditional stories. They tend to spend more time on them, they read them to the end, and they share them more,” Haagerup said.

“This is not only good for journalism, it is good for business.”