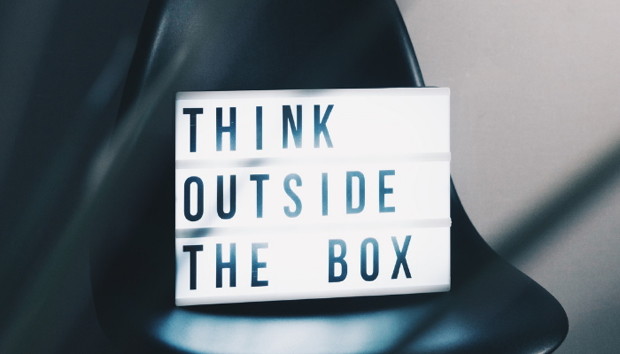 Idea 1: Building an escape room, or how to strengthen your relationship with your community

The Telegraph Herald, Dubuque, Iowa, USA, found inspiration for its revenue diversification strategy in an unlikely source: building maintenance manager Dan Bellows. He believed that the newspaper should open an escape room, offering players a series of challenges and puzzles they must solve in order to get out of the locked room.

After pitching his idea to CEO Tom Woodward, they put together a team to create the escape room, first developing a business plan through market research and then working to secure a location and retrofitting it for the puzzles and challenges.

More than 3,000 people visited in the first three months and the project became profitable after six months. The escape room worked so well in this community particularly because it addressed a gap: a lack of activities for young people. This is something the team at The Telegraph Herald knew was a problem for their community because they had built a strong relationship with their readers.

The key takeaway from this project is the need to build a relationship with your readers, which can be achieved in many ways. One key way is through a membership program, in which you can connect with your most loyal readers.

Idea 2: A direct public offering, or why you need to ask your readers to fund your journalism

The four newspapers have a combined paid circulation of 9,900, and the goal of the DPO is to raise $400,000 by March 2019. Since launching in March of this year, they have raised more than $100,000. New investors are found through daily conversations around town as well as at house parties that allow Mr. Atkinson to make his pitch over cocktails with local residents.

Sonoma West’s DPO was inspired by Berkeleyside, an independent news website that had just closed their DPO in which they raised more than $1 million.

“We are excited that news sites now have a new model to raise funds to give them a solid foundation to build a long-term future. In this time of diminishing local news — as well as regular attacks on the importance of news — a DPO can allow a small organization to set its own course.”
– Lance Knobel, Berkeleyside publisher

“Many of us really treasure our local newspaper. I was raised to believe that journalism was key to democracy. I think, now more than ever, we can support democracy by supporting our communities.”
– Marie Gewirtz, investor in Sonoma West’s DPO

The recent Reuters Digital News Report highlights this gap between readers who are paying for digital news and those who would be willing to pay in the future. Don’t miss out on revenue just because you aren’t asking your readers.

Idea 3: Renting a room on Airbnb, or why the new local isn’t geographically bound

For 139 years The Ferndale Enterprise has served the population of Ferndale, California (population 1,372), and for the past few years it has also served visitors from around the world. That’s because in 2015 publisher Caroline Titus put the building that houses the newspaper on Airbnb, offering visitors the chance to stay in a room in the historic Victorian home. Guests even get their names printed under the masthead of the weekly, which comes out on Thursdays.

The $175-a-night rental offers Caroline Titus and her husband Scott the chance to welcome new visitors to town while supporting their journalism.

What I love about this idea is that it allows the newspaper to serve more than just local readers – now the very definition of local has changed to include outsiders who are just passing through town. While not all newspapers can benefit from putting their beautiful Victorian offices on Airbnb, all newspapers can broaden their definition of local, and the community that they serve.

In this digital age, local is more than just the geographical bounds publishers commonly define as their coverage area. A local audience often includes people who no longer live in the area, but have a meaningful connection to it. Publishers can expand their audience and develop different acquisition and subscriber strategies for non-local readers, helping to diversify revenue streams as they move beyond the advertising model.

Mary-Katharine Phillips is working on the future of news for Twipe.

This article originally appeared on Twipe’s website. It is republished here with permission.