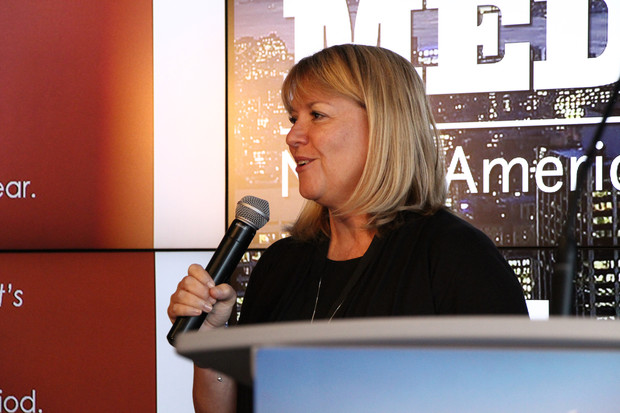 Two months ago, the Local Media Association surveyed 85 senior executives working in digital, and for the majority of them, digital subscriptions are among the top three priorities, with some even considering it their number one priority.

“I think in the last year, especially the last six months, we are seeing companies with serious strategies around consumer revenue and digital subscriptions,” Lane says.

“Prior to that, companies were dabbling in that space, but not really making a huge commitment.”

Ahead of her appearance at WAN-IFRA’s Digital Media LATAM conference in November, Lane shares her advice for launching a paid content strategy, points to success stories she’s observed in the US, and talks about the reasons why pivoting to paid content hasn’t worked out for some.

“Certainly, ad revenues have continued to decline at a pretty rapid pace, so the need for models tied to content is more important than ever. I think as the bigger papers, the large metropolitan dailies, are starting to have success in this space, the small to mid-sized papers are learning a lot from that,” she says.

“Having said that, they have a long way to go. They are not there yet in any way, shape, or form. They are really just starting to figure it out, and it’s a very small percentage right now, but we’re seeing some progress and that’s encouraging.”

(The interview has been edited for length and clarity.)

WAN-IFRA: What do you consider to be some of the major challenges for small- and mid-sized publishers that are thinking about pivoting to paid content?

ancy Lane: One, having enough unique content. I think some of the smaller and mid-sized publishers, and let’s face it, some of the big ones too, if they cut their newsroom too deep, they are struggling. They have to have relevant content in order for people to want to pay for it.

If they don’t have enough relevant and original content, they’re just not going to win in that space.

If they are doubling down on digital subscriptions, the market will determine if they’re going to be successful or not, and a lot of it is going to come back to content.

Hopefully, companies will invest more on the content side and hire more journalists if they want to win in the digital subscriptions niche.

Another challenge is technology. The technology just isn’t in place at a lot of companies to make it easy for consumers to pay for a digital subscription.

We can’t emphasize enough the technology that’s needed. We have 14 companies that just went through the Facebook digital subscription accelerator and they’re all big newspapers. A lot of this falls down, when it comes to the technology needed, to implement their strategy. Newspapers just weren’t ready for it. There’s an investment required. You can only go so far with the current technology that you have in place.

Another challenge is the loss of ad revenue with too hard of a paywall, and balancing the amount of revenue that comes in from paid content versus what you’re losing on the advertising side by leaving the site open. For a lot of small to mid-sized papers, that is a real problem.

For smaller publishers whose reach is limited and who may also not have the necessary tech, how big of a challenge is it for them? Should they even go for it?

No, we definitely think there are papers where it doesn’t make sense.

“We definitely think that there are some smaller markets where a paywall is not going to be the best business strategy.”

We think there are other ways that small market publishers can capitalise on consumer revenue, we think, for example, that events are an excellent opportunity for them.

Can you identify any other concerns or challenges that may hold smaller publishers back from introducing a paid content offer?

I think there’s only a certain number of people in a given market that are going to buy a digital subscription, in any area, not just media. The challenge in smaller markets is to identify what’s the potential and if it is worth it. If you are a 10,000 circulation daily newspaper, and the most that you could have are 500 or 800 paid subscribers, is that really where you want to be especially as print circulation press days are eliminated? We have a lot of that going on right now in the US.

A lot of seven-day papers are going to three, four, or five days. We continue to hear every week about papers that are reducing frequency. In order to make that up on the digital side, you have to have critical mass.

“At some point in a small market, it just may not be enough to justify all the work that goes into offering digital subscriptions.”

We are very high on digital subscriptions for top 25 metro daily newspapers. In some other markets where there’s not as much competition, we are still studying smaller markets to determine if there are any success stories out there.

Could you share a success story from a publisher?

We spent a few hours with the senior team at The Seattle Times a few months ago and we were very impressed with their digital subscription strategy and their results.

“We learned that newsletters are the number one source for driving conversions.”

They’re also running a campaign educating the public on why it’s important to subscribe to The Seattle Times, why that’s an investment in the local journalism in their market and watchdog journalism. They’re doing a lot of great things at The Seattle Times that lots of others are learning from. That’s just one example.

The Minneapolis Star Tribune is one of the biggest success stories we have here in the US. They’re now at 55,000 digital subscribers. They have just been very successful at identifying the different stages of the funnel.

“Working it from top of funnel, mid funnel, to end the funnel with different strategies that will get people to subscribe made them very successful.”

Then the third one I’ll throw out there is The Buffalo News and that’s a smaller paper. They could not find technology that would do the things they needed to do. They developed some technology in-house that got around their cookies issue. Now people can’t really easily get around their paywall.

“They also developed an analytics tool that gauges the amount of advertising they would gain or lose by how far up or low they turn the paywall meter.”

For a small paper, that’s been really important because if you turn that paywall up too high, and only allow two or three or four stories a month, there is a loss of ad revenue associated with that. At The Buffalo News, they really didn’t want to take huge ad revenue losses. The tool they’ve been able to develop helps them adjust their meter so they don’t lose too much on the ad revenue side.

Are there any takeaways you can share from publishers who have tried to pivot to paid content and weren’t successful?

We know of companies quite a few that are offering digital subscriptions but they have a very high paywall.

“It’s basically an open site because they’re too nervous to turn down the paywall and lose the advertising revenue.”

When they’ve experimented with it, it hasn’t been good for them. The ad revenue loss is greater than what they gained on digital subscriptions.

I don’t know if you can call that a failure, but it’s not a good business. It hasn’t worked. That’s more what we’re seeing, but they’re not abandoning the digital subscription strategy because there are consumers that are willing to pay for it. It’s just that if you have that meter turned up to a very high number, you’re going to churn those digital subscribers because they’re going to realise that they can get the content for free. That’s more of the dilemma that we’re seeing in smaller markets and in confidential conversations that we’re having with certain publishers.