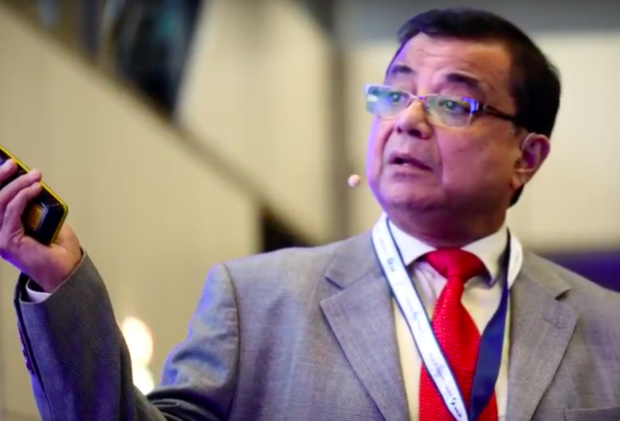 Image from video by Michael Heipel for WAN-IFRA. See link to full video below.

For many years, India has been a beacon of solid print newspaper readership, routinely bucking the declines in print seen in so much of the rest of the world. However, during the past two to three years, the country has seen major shifts towards digital as both internet and smartphone usage have surged.

During a keynote presentation at IFRA World Publishing Expo on Wednesday in Berlin, Purkayastha  explained how this drastic change has come about and what his company and its newspapers are doing to adapt their business accordingly.

The 96-year-old, ABP group includes 11 print publications, including its flagship daily, Anandabazar Patrika, and The Telegraph, the largest English-language daily in eastern India. ABP also operates TV news channels, three of which are market leaders, a book publishing business as well as mobile and internet properties.

Offering a look back at the past few years as well as glimpsing ahead a little, Purkayastha noted that the biggest media player by far in India is television, which has had a nearly 50 percent share of the overall market and this is expected to continue through at least 2019.

Print media is the second largest, and while that is also expected to continue, its marketshare is declining from 25 percent in 2015 to 21 percent next year. Indeed, our recently released World Press Trends report found that Indian publishers saw a 26 percent decline, according to RNI.

DD Purkayastha, CEO OF ABP in India shows how print appears to contracting in the country and where growth is headed. #IFRAexpo #DCXexpo 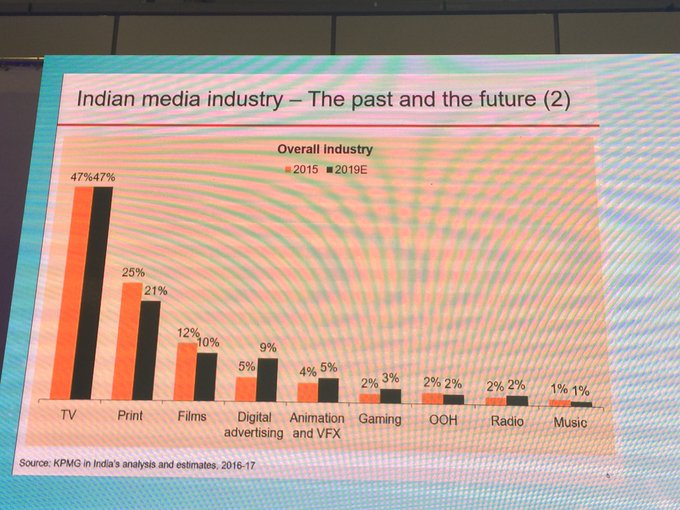 Meanwhile, the number of internet users in the country has jumped by more than 100 million in only a few years – from 260 million in 2015 to an anticipated 369 million this year. Likewise, Purkayastha said, smartphone penetration has more than doubled in the same timeframe going from 17 percent of the population having smartphones in 2015 to 38 percent this year.

Video is also booming, but as with much of the rest of the world, most of that being watched via Facebook (47 percent) or YouTube (42 percent). Speaking of Facebook, Purkayastha said that as of this past July, India now has the highest number of Facebook users of any country in the world, with some 270 million. That’s 60 million more than in the United States, the social network’s second largest audience.

What has all this meant for the country’s newspapers?

Indian-language papers have seen their sales more or less stagnate between 2013 and 2017, and they continue to sell approximately 12.8 million copies a day, Purkayastha said. The news is worse for English-language dailies, which have seen their circulation figures fall from 8.4 million to 7.1 million during the same period, he added.

The news gets worse when looking at advertising spending across both print and digital for Indian publishers. As with much of the rest of the world, print advertising is now dropping in India as well. Most recently by about 4 percent.

While digital advertising spending is increasing, as with much of the rest of the world, the largest share is going to Google and Facebook, Purkayastha said. 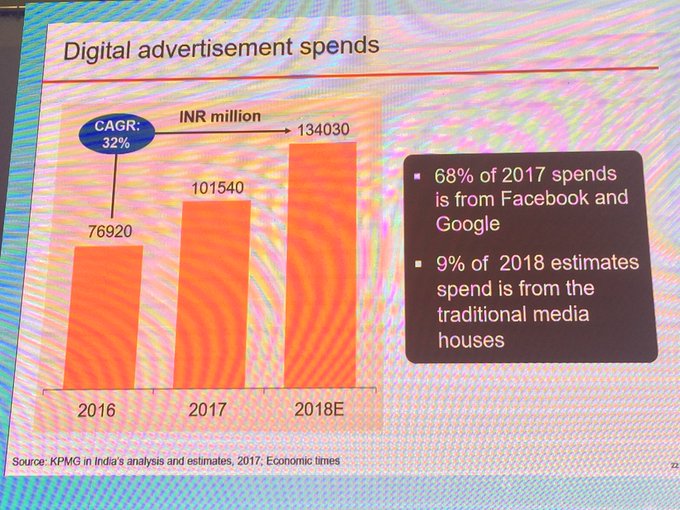 This year, news publishers are expected to get only 9 percent of the total digital ad spend, and this is for all publishers together, so the actual amount for each is very small, he said.

New initiatives in print and digital

To offset these developments, ABP has undertaken initiatives on both the print and digital side, Purkayastha said.

With print, the company has increased its focus on local content, such as more local listings, schedules and classifieds as well as regular standing features about, for example, local culture each Tuesday, local businesses on Wednesdays, local health issues on Thursdays and stories relating to local travel on Sundays. Much of this content is also being produced by local citizen journalists.

ABP has also identified more than 1,000 small, local advertisers, many of them in remote areas with limited levels of access to digital marketing or TV, Purkayastha said.

On the national level, they have joined forces with the publishers of the Hindustan Times and The Hindu in a print advertising alliance called “One India,” which offers advertisers “one plan for one country,” solutions that can reach 28 million readers across India, he said.

Like many publishers around the world, ABP in India has turned to publisher ad alliances to maximize ad revenue and inventory – DD Purkayastha, CEO 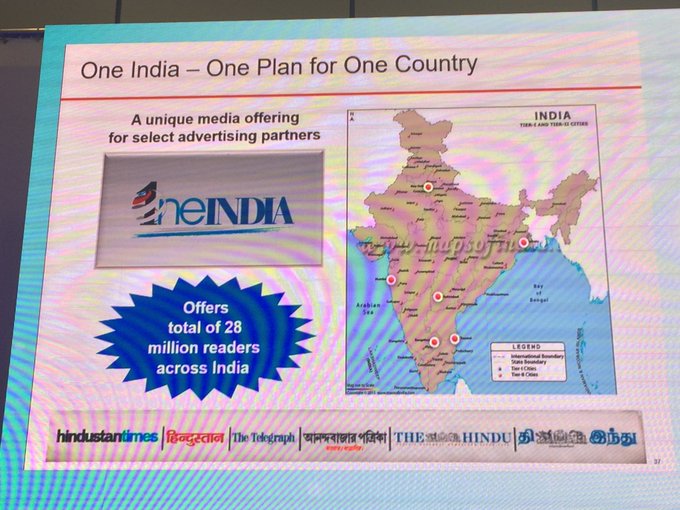 While similar services were already available in the country, Purkayastha said that ABP has differentiated itself by ensuring that their participants are being honest about who they are and their backgrounds, which creates a high level of trust, something that is further supported by the ABP brand.

“We took up the challenge and disrupted the disruptors,” he said, adding that they have become the market leader in this area in just three years.