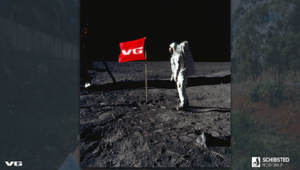 Owned by Scandinavian media giant Schibsted, VG is Norway’s most read online newspaper with a portfolio that includes the daily print product, a website and apps, the TV channel VGTV, live sports and a variety of verticals on topics such as tech, fashion or food.

Currently, VG is getting around 40 percent of its revenue from the print edition, although circulation has fallen from a peak of 500,000 copies in 1998 (after Norway beat Brazil in the World Cup) to 50,000 nowadays.

70 percent of traffic coming from mobile

“I think VG as a print edition, as we know it, will be gone in a couple of years,” Steiro said, speaking at WAN-IFRA’s Newsroom Summit conference in Oslo. “But the important thing for almost all publishers in Norway is mobile.”

In Norway, VG is the same size as Google and Facebook on mobile, and roughly 70 percent of traffic is coming from these devices. Being “number one” leads to “huge ad revenues”, Steiro says, with 90 percent of ad revenue coming from digital. A few years ago, VG also moved into content marketing (especially with its Branded Content Studio), which wasn’t popular in the newsroom, but was “crucial for us”.

“This is what I am most proud of regarding our traffic and distribution of our content…” – @gsteiro, Editor & CEO of VG #nrsOslo 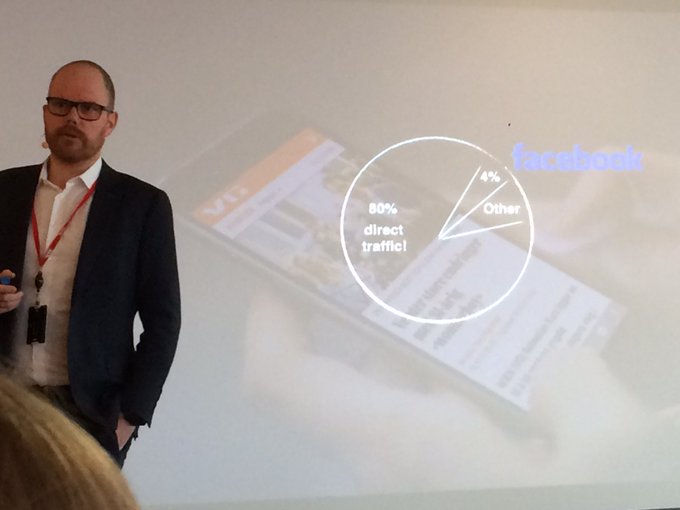 Ad revenue will continue to serve as VG’s number one income stream for years to come, but the brand is increasingly focusing on reader revenue, under the umbrella of VG Plus. Currently, VG has 161,000 subscribers, which account for 15 percent of revenue, but is hoping to reach 200,000 subscribers next year.

But it’s not all about revenue. In early 2017, VG became the first Nordic news brand to join Snapchat Discover. In Norway, around 30 percent of people aged 16 to 24 use the app on a daily basis.

“Not because we thought that we can earn a lot of money, because we needed to be on a platform that the youth in Norway use,” Steiro says.

In fact, “we earn no money with it, almost nothing”, but the platform creates valuable engagement with a younger audience, and offers opportunities to learn more about how to produce content for them.

.@gsteiro talks about loosing a generation: While VG is working profitable and gains subscribers, the young generation isn’t interested in the “old ways” of news.

One of the reasons to invest in Snapchat, new apps and a new newsroom structure. #nrsOslo 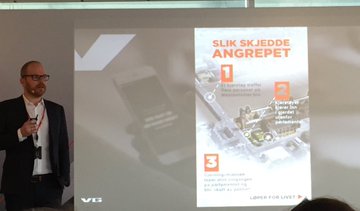 “When we move on to the kids we need to leave one-size-fits-all behind, it has to be ecosystem-friendly, and we need to produce content in another way. We need to listen to our users and really invite them in,” he says.

The learnings from Snapchat Discover fed into VG’s own product aimed at younger generations, an image- and video-driven app named “Peil” for people under 25 that don’t read the news.

“If you crack that code, you have a killer product.”

In a bid to continue to innovate and thrive in a digital and increasingly mobile environment, VG is also currently redesigning its newsroom, having last rebuilt it five years ago.

Instead of organising the newsroom in a more traditional way around thematic areas like politics or sports, the VG newsroom is made up of six departments: breaking news, investigative journalism, paid content, VGTV, editorial development and audience development.

In the spirit of collaboration, VG is also holidng a daily meeting that the entire company has to attend.

“When building a modern newsroom, you have to think like you do when you plan for product development, because we think that you need data and insights, tech, you need UX, you need journalists, you need the commercial department all gathered together,” Steiro says.

“This is the solution for making the journalism of the future.”