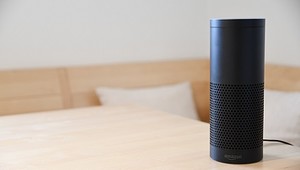 Although adoption of voice assistants has been increasing, only a minority of owners use them for news services like flash briefings or podcasts. This is according to a new report by the Reuters Institute for the Study of Journalism titled “The Future of Voice and the Implications for News” and authored by Nic Newman.

In fact, only 1 percent of users in the UK consider news to be the most important feature of their device, and only one in five in the UK and US access the news briefing functionality on a daily basis.

Users complained that some of these updates, which are mostly re-versioned from broadcast or print output, are overly long, use synthetic voice, are out of date, have been poorly produced or include intrusive jingles and advertisements. Around half of those who regularly listen to them do say, however, that they feel better informed as a result. As for podcasts, usage remains limited, with consumers either unaware of how to ask for them or preferring to listen to them on the go or in private.

So what does this mean for news organisations?

Broadcasters have generally been more proactive than newspapers on these platforms, leveraging their existing resources to repurpose and adapt content but also starting to experiment with new formats.The BBC in the UK or ARD in Germany, which are suggested as platform defaults, find themselves at a particular advantage over other players.

“They have moved fast to secure early mover advantage on the platform but recognise that there is a danger of disruption as their privileged position in audio comes under threat.”

Publishers, on the other hand, are more cautious, citing a number of obstacles that prevent them from investing further in voice, despite believing that it will significantly affect their business over the next decade. The key barriers identified as part of the report include a lack of resources for innovation, problems around discovery and awareness, a lack of usage data to guide development, and uncertainty around monetisation strategies.

The full report can be accessed here.