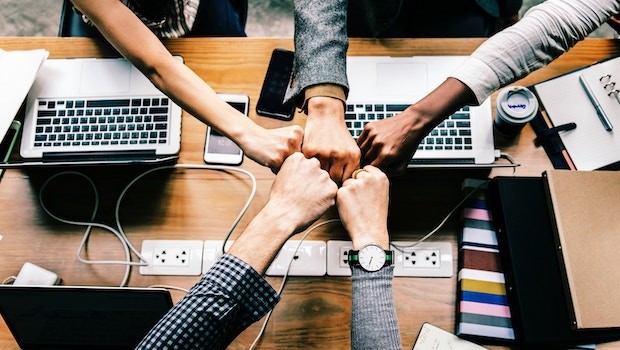 The news industry continues to search for ways to improve its rocky relationship with the public and establish more resilient revenue models. A growing number of news organisations believe community-centered or engaged journalism may help them overcome these challenges. The concept, which aims to put communities at the centre of journalism to better serve their needs, is becoming increasingly popular, with researchers and institutions pointing out a range of benefits.

Kim Bode, herself an advocate of the idea, is responsible for implementing and evaluating new tools and workflows to advance community-centred journalism as part of her work at News Deeply, and has developed a master’s level course for NYU’s Journalism Institute on reporting with communities.

Ahead of her appearance at the World News Media Congress in Glasgow in June, WAN-IFRA caught up with her to learn more about the ins and outs of community-centered journalism.

WAN-IFRA: How do you define community-centered journalism, and why is it important today?

Kim Bode: First, it’s important to distinguish between ‘community’ and ‘audience’ in this context. Traditionally, audiences have been sort of anonymous crowds of mostly passive journalism consumers. Sure, most news organisations use analytics to look at audience demographics and behaviour. But that doesn’t mean that they’re aware of what these people would like to know or what they already know and can contribute. Communities, on the other hand, can be defined by a common interest, such as where they live or a topic they care about. They can be local or expert communities, for example. In many cases, they have become communities independently of any news organisation.

Community-centered or engaged journalism puts the people first who are most affected by or interested in the issues that are being covered. It reflects the principles of human-centered design, which aims to build products that are actually serving the needs of the people they’re for.

If we want communities to engage with our journalism, we need to first find out what their information and interaction needs are.

In these challenging times, as the industry is grappling with financial pressures and eroding trust in the press, this is crucial for news organisations to be relevant. At the same time, today, more than ever before, we have a large array of tools and techniques that make it much easier for journalists to engage with communities in a meaningful way.

Why do newsrooms need to think differently?

Allow me to turn this around: Why wouldn’t they? We already know that community-centered journalism works and is worth it. We have a growing variety of tools and processes that don’t cost very much or nothing at all. What’s often missing is a culture shift and a person or a team that is in charge with driving the change. If you want to implement engaged journalism, it’s sometimes necessary to break with ingrained traditions and workflows or try alternatives. It often works well in newsrooms that have dedicated engagement reporters, editors or entire teams. Though I hope there’ll be a time when every journalist feels as comfortable engaging with the communities affected by their coverage and learning more about their views, questions and stories. Ultimately, I believe this is key to achieving the highest possible impact.

Is there evidence that listening to the community increases trust?

Yes, indeed. There’s a growing community of journalists, researchers and other practitioners who are working on this and continuously sharing their findings. Joy Mayer, who is the director of TrustingNews.org and community manager of Gather, has done some incredible work on exactly this.

There are a number of organisations that have been studying this, collecting case studies and distributing best practices like Democracy Fund, Free Press, American Press Institute, The Membership Puzzle, Hearken, GroundSource, The Lenfest Institute for Journalism and the Engaged Journalism Accelerator by the European Journalism Center.

Some universities have also done some interesting research, and the Newmark Journalism School at CUNY even has entire program dedicated to it directed by Carrie Brown. And then there are the many newsrooms, of course, that are already practicing community-centered journalism. They measure the success of these initiatives against their own benchmarks, for which they usually look at a combination of quantitative and qualitative data. What’s really great about this community is that engagement folks are very collaborative and not shy to share what’s been working for their organisation, in the spirit of bringing the industry forward as a whole.

Is a change in attitude needed to be successful?

As I touched on earlier, a change of attitude is most important to get the ball rolling. Once you have an advocate for engaged journalism within the organisation or even better a team and she, he or they can get the buy-in from the leadership, it can be put it into practice. Figuring out the way to go about it or the best tools to use should be the fun part. However, that can also be a quite daunting (“Where do we start?”) and sobering (“What, we didn’t we get hundreds of responses to our call out?”) at the beginning. That’s normal, though.

Both journalists and the people on the other side of the conversation, the communities, need to learn how to communicate with one another.

Especially community members, they need to understand that they’re being heard, that their contributions are read, that their questions, views and personal stories matter. That’s why it’s important for journalists to stick with it, be patient and stay present.

Is a change in newsroom processes needed?

Indeed. This has been a huge part of my work and I have seen many newsrooms struggle with it, in many different contexts. While a culture shift is the prerequisite for implementing community-centered journalism, workflows and processes are crucial to make it happen. Again, it all should start and end with the people – before there’s even an idea for a story or a product. So first it’s important to find out more about the communities affected, how they interact, what they’re interested in, who they trust. This can be researched and mapped out.

Once you have identified a story or, more broadly, an issue a newsroom would like to examine or perhaps some kind engagement project, you can think about the best ways to interact with the community. And then just try it out. It might make sense to join a Facebook or a WhatsApp group, to distribute a form, to text, message or email, maybe none of these are useful or maybe all of them.

Whatever the outcome of the experiment (if it’s all new it might be helpful to call it that) or project is, it’s important to keep the people who have contributed or who you have interacted with otherwise in the loop.

Of course, they would like to know what happens to the story or project and if there are any follow-up engagement opportunities. All of this needs strong project management skills, a detailed plan and a smart database to keep track of everything.

As opposed to just content, I’d look at the product overall and the processes and workflows. Obviously, the content should speak to the community’s information needs and elevate some of their voices. However, as I said before, this might not even be where it starts (though it can be a good way to kick off the conversation). In any case, it’s important figure out the best ways to communicate with the community and precisely explain how you would like to gather feedback or any other kind of input.

Is this community-centered approach better suited for hyper-local and local news rather than national news?

This is a very good question. Often times “community journalism” is seen as local journalism. But many communities share common interests while their members aren’t anywhere close to each other geographically, even more so today when the internet makes it so easy to interact remotely.

I haven’t seen a statistic for this but it’s possible that more has been done and tried on the hyper-local and local level. At the same time, some national newsrooms like Vox, ProPublica or Zeit Online publications have had great successes involving communities as well as single subject publications. I would love to see more national and even international news outlets experiment with engagement tools and techniques.