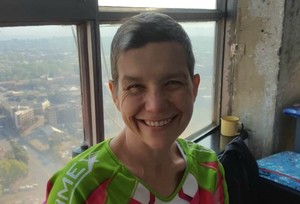 It is tempting to start the new year by delivering advice and judgments left, right and centre, irritating as many extremes of our body politic as possible.

But there’s time for that. The South African general election is months away and we pretty much know already what the result is going to look like.

But I want to say something about journalism and journalists before the lies and hatred of the election wash over us all. It is about attention to detail and the process of making real news and real publications. Mainly it’s about people you never hear about, but without whom real “journalism”, print or digital, simply can’t occur.

Every now and again, a publisher will send me a manuscript and ask me to write a “shout-out” for the front or back covers. To do it honestly you actually have to read the whole manuscript. Nonetheless, you write a few paragraphs and they find about six or seven words and use those. “Johnson is at his best when he’s in therapy…” sort of thing.

I got one recently, the original of a book that went on to do well. It was so badly written though, that I started trying to edit it, but it was so bad I gave up and wrote my shout and sent it off. It duly made the back cover.

I read the book when it was published and it was near perfect. Someone had edited it. Rewritten it. It would have been a painstaking labour. I remember hearing the author being congratulated for the quality of the writing on a radio show and had to switch off. The host forgot what happens to words between being written and read.

It’s a common thing and I thought about it a few weeks ago when I joined a string of old Business Day colleagues and others I didn’t know for a memorial service to one of us who had died late in December after a battle with cancer.

Her name was Tammy Foyn, a tiny, radiant woman whom I never got to know that well, but who became a senior editor on Business Day when I was its editor. Tammy was a subeditor, what the Americans call a copy editor. If you are the editor, these people, on newspapers and magazines, are your last line of defence. They join what your often vainglorious reporters write to what your readers read. Without their diligence and care, you are doomed.

You would be amazed at how badly some of the big names in our media write. Subeditors fix that. They save writing journalists day after day. Just this week, in a column I do for the Financial Mail, a “sub” picked up a mistake I would have been really embarrassed by. My gratitude is eternal.

Tammy was one of the best. Meticulous, thoughtful and well-read. She would question my judgment and instructions whenever she thought I was wrong. And I remember that when I would ask her to remodel a page of stock market statistics incorporating a string of new ratios, she could drop a draft page proof on my desk in double-quick time.

When I first walked into a newsroom in 1974, the sub-editors ruled the roost. As a junior reporter on the Mercury in Durban, you couldn’t even talk to them. Now they are a dwindling craft. You don’t simply replace Tammy. You can’t. And they’ve been swamped by “writers”, journalists who are by now often so removed from the traditions of their craft that they don’t even regard subeditors or copy editors as fellow journalists.

Every time I see an e-mail calling a meeting of “journalists and subs” I have to drink. I am a sub by trade, probably the last to become editor of a publication in this country. Reporters simply write the news. We made the newspaper.

This coming election is going to be tough for journalists, but especially tough for newspapers. How do they stay fresh when everyone knows everything immediately? Print must fight for its place. And it can be done. Challenged by a largely unedited internet and social media, print editors must understand the strength inherent in being able to edit copy, to shape and control, if not the actual news then at least the way it is told.

Newspapers too often now look like the screen on my phone or laptop. The stories are the same. The deadlines are criminally early. Digital is our new pinnacle, but a printed page has an integrity that digital can never match. And print is strong and growing where it sheds conceit and hubris.

Forget the designers and consultants, the creepy purveyors of “white space” even as owners cut pagination. Designers don’t read newspapers; they look at them. Cram in as much copy as you can. Give people choices. Execute with precision. Take your readers in your arms and don’t let them go.

I can’t remember the issue now but I remember Tammy one evening flatly refusing to do something I wanted in the newspaper. She was magnificent, as print can still be.

Republished with permission from Tiso Blackstar