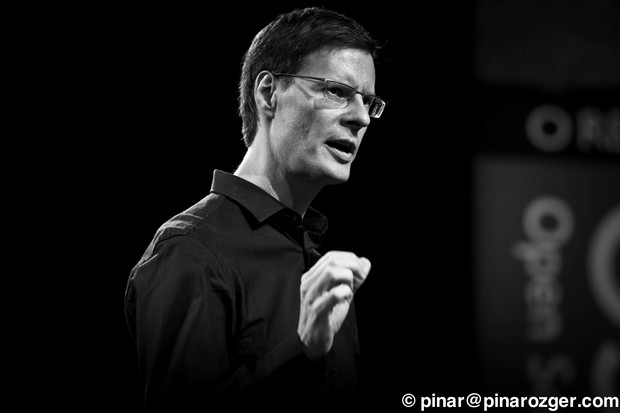 As the media industry undergoes another sea-change with a renewed focus on direct reader revenue, we could do with a bit of futurism. As Schroeder explains, sometimes science fiction provides a glimpse at the issues that we should already be planning for:

“Acclaimed SF writer Larry Niven said that science fiction writers are obliged not just to predict the car, but to predict the traffic jam as well. Put another way, SF is a way of exploring second-order and third-order effects of social and technological changes. We often probe the future of power relations. When we set out to describe what power is and how it’s exercised in vastly different, even alien contexts, we often find ourselves talking about information and who controls it.”

Platforms like Google and Facebook often bear the brunt of media commentators’ (and publishers’) ire as THE destabilising forces, especially when it comes to who controls that information today. Regardless, the news industry, like others, was ripe for disruption amid the dizzying pace of technology change.

Schroeder believes the evidence of that change is impossible to ignore:

“A couple of years ago, I was privileged to speak in Warsaw and was given a tour of the university, including the brand-new library. My host showed me a vast echoing hall on the ground floor; it was empty. He explained that it had been intended to contain the card catalogue, but in between the drafting of the blueprints and the construction of the building, card catalogues had become obsolete. This is the pace of change we face right now.

You can plan for a future where news is dominated by a handful of platforms, but by the time you execute your plan, those platforms will themselves have been made obsolete by something else.

If you would have asked Schroeder years ago about one technology that could possibly help publishers advance their journalism, he likely would have pointed to augmented or virtual reality.

Despite some high-profile endeavours from the likes of the FT, The Guardian and NBC, VR has failed to take off and augmented reality (AR) is primarily being used for marketing purposes.

“It’s funny: I’ve included augmented reality in my stories for 20 years now. As it finally becomes a viable technology, I find myself doubting it more and more. At first it seemed natural and convenient that we should want to explode the images and interfaces currently inside our screens out onto the physical world. But that may be a terrible idea for a number of reasons. One is safety, as we’re already experiencing with distracted driving and with the many Pokemon Go accidents involving oblivious players wandering where they shouldn’t. Then there’s the soul-crushing prospect of the natural world being overlaid with dynamic advertising that follows us everywhere.

“This is before we even get to the privacy issues arising from everyone having always-on cameras mounted to their heads. The closer it gets to being a viable technology, the less I believe in in it.”

AR could change the publisher-audience relationship

He argues that if augmented reality does take off, it will be as a solutions-focused system that relays relevant news content to audiences. That system, which he called “radically decentralised,” will change the relationship between publishers and audiences again.

He believes that ultimately we won’t need media companies as we would recognise them to own the cloud of smart objects that relay that news content.

Instead, “the ‘facts,’ the reported items; as data objects living on the blockchain, photographs, eye-witness accounts and timelines can promote themselves, work with other facts and employ artificial intelligences or humans to add value to themselves.”

If it all sounds a bit like future-gazing, it’s worth remembering that as recently as 2014 publishers were near unanimously underestimating the impact that platforms would have on journalism.

By Chris Sutcliffe, a freelance journalist whose work includes a weekly media-focused column in UK-based national newspaper The New European, features in The Guardian and What’s New In Publishing, and articles published for a variety of other publications. He can be found @chrismsutcliffe on Twitter or at chrismsutcliffe.com