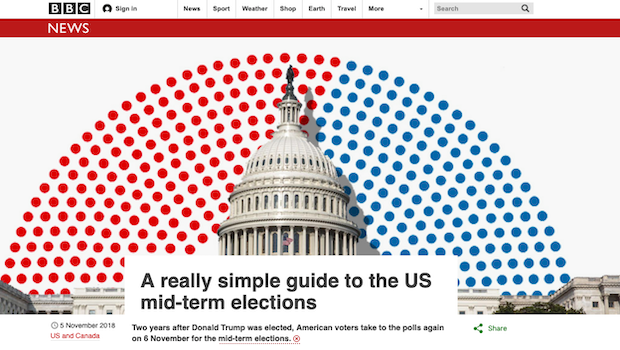 Much like other traditional broadcasters and publishers, the BBC has been struggling to connect with younger audiences, particularly the so-called Generation Z, a term used to describe people born after 1995. With this in mind, the corporation’s R&D team focused on gaining a better understanding of their news habits and views of the industry, and developed storytelling prototypes to address some of the issues raised.

In a BBC blog, Zoe Murphy, Head of News Innovation for BBC Voice, compiled some of the learnings she gathered after a year of working on the “New News” project, for which the team interviewed people face-to-face about their news habits and asked them for feedback on storytelling prototypes.

In her current role, Murphy is responsible for developing user-centred experiences for emerging Voice AI platforms. She will participate in a session entitled “Next Generation Journalism and Storytelling” at the World News Media Congress in Glasgow, 1 – 3 June.

Here are some of her lessons and suggestions around writing news for young audiences:

Instead of following the traditional inverted pyramid storytelling structure, Murphy suggested to turn it on its head, pointing out that readers often need the context required to understand complex stories at the beginning rather than at the end of an article.

As a potential solution to this problem, the R&D team developed the “Expander” prototype, which provides users with explanations and deeper insights on important facts and figures as they move through a story. Here’s an example of what that looks like.

Mistrust in the news media is one of the industry’s biggest challenges. And it was an issue among the young interviewees as well. Murphy highlighted one quote from an 18-year-old woman that read: “There’s no such thing as impartial news, every outlet has an agenda.” To address this challenge, Murphy suggests to facilitate the search for differing viewpoints, and provide a broader range of perspectives within a story.

The R&D team attempted this with its “Perspectives” prototype. It presented first-person testimony in audio and video form on the issue of knife crime, curating bite-sized clips from BBC TV packages and radio programmes while providing context with links to a written article. One participant called the format “really modern, really futuristic”, while another said that having only one person presenting “could bias the story”, but the range of different viewpoints used made it seem “more real”.

3) Give constructive journalism a try

Constructive journalism, a solution-oriented approach to news reporting, has been gaining traction over the past few years, and, based on Murphy’s findings, appears to be an idea younger readers might respond well to. The concept’s aim is to provide a more accurate picture of the world, with the underlying belief that news organisations’ tendency to favour the negative skews people’s perception of what is actually happening.

As Murphy wrote: “The ‘news’ tends to focus on dramatic events that often feature conflict or disaster. We found young people were weary or distressed by the barrage of ‘bad’ news.” As a result, some of the people the R&D team interviewed said they preferred not to engage with the news because it left them feeling depressed and helpless. Against this backdrop, rethinking one’s narrative, as well as slowing down and taking the time to write considered articles, may well be worth a try and yield positive results.

Her full article can be found here.