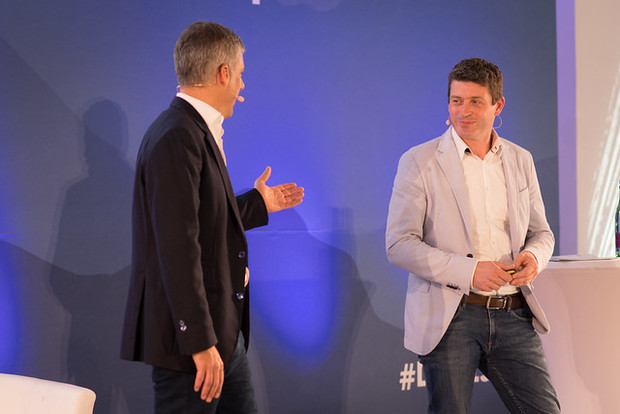 After a number of high-profile failures around the publisher ‘pivot to video’, it was widely expected that publisher enthusiasm for the format would cool. Added complications around the high cost of producing quality video content and questions around the best advertising formats to attach to it only served to compound the problems.

The received wisdom, then, is that the costs associated with quality video production limit publishers’ ability to use it, even as consumer trends demonstrate an increasing demand for video among news audiences. A session at Digital Media Europe 2019 featured speakers who would beg to differ.

Alexis Johann is Executive Managing Director for styria content creation, part of Styria Media Group in Austria. He opened his discussion by sharing some of the necessary failures he has encountered with video monetisation, noting that “if you want to have new leadership, you need to make mistakes.” As far back as 2010 he was arguing that video content could enhance the existing text-based journalism produced across Styria titles:

“The problem for us is how do you get so much content into the newsrooms that it’s a lasting approach? We said we need a lot of content and if we want a lot of traffic… we need to be there at the time the news breaks, so the video has to be there as well. News breaking means writing, storytelling instantly.”

And Johann stressed the basic idea that video has to be compelling to users, or satisfying “expectation management” as he prefers. “It has to show that this is a new and intriguing storytelling format.”

By 2015 Styria had increased its pre-rolls from 50,000 (in 2012) to 300,000 per month, yet it wasn’t enough to support the big push into video – though Johann also noted that the inertia of running a traditional newsroom was a contributing factor to its failure.

It did, however, teach Johann that without ready access to an almost unlimited source of video which could be embedded into articles, any future attempts to monetise video content would similarly fail. For Styria’s titles, there were further considerations: The content would have to be in German and especially relevant to the areas it considered most valuable.

As a result, he approached Kai Henniges, CEO of video intelligence (VI), to develop a solution around contextualisation. “Basically we aggregate around 400,000 videos,” he says. “We normalise the metadata and match the relevant metadata of the page.”

Embedding video: Featuring a contextual video within an article has proven successful for Styria.That relevance allowed the team to deploy the video in a way that, Henniges said, added value to both publisher and audience. A study conducted by vi and Styria demonstrated that audience recall of an article improved by 83 percent when a relevant video was embedded, and that the view-through rate of the attached pre-roll ads improved by 42 percent. And most of those ads feature auto-start.

As a result, Johann says Styria is reaping between “one and two million euros revenue” with very low costs compared to previous strategies. “We are quite profitable with that.”

VG (Verdens Gang) in Norway spun out its video operations, VGTV, in 2014 to focus on accelerating innovation with the goal of one day becoming a profitable, sustainable business. In late 2017, VGTV did indeed reach black figures.

Elnaz Esmailzadeh, Head of Commercial at Norway’s VGTV AS, opened her talk by noting that it took the organisation a while to realise that user experience was paramount to any possibility of monetisation:

“For several years pre-roll has been our main product, and at one point because we had to be profitable… we actually had two pre-rolls to double the opportunities. That’s not sustainable with the competition out there – the main thing is to be user friendly.

“Therefore we changed strategy and started to think about being user friendly. When it comes to the player, we worked a lot with product development. It’s important to have the fastest player so product development is our main focus.”

In addition to the tech angle, VGTV also focused on how and when the user would appreciate seeing an advert. Recognising a need for its users to stay abreast of news content, the team developed a news digest format, which users can play in the mornings and evenings. Esmailzadeh explained that, rather than monetise that content through pre-roll, users have the option to watch a six-second advert ahead of the next video:

“What we’re going to work on next is how we can capitalise on this type of news consumption. Our strategy now is that we need to find products that are user-friendly.  [With] Snapshows and YouTube, we’re starting to see revenues when it comes to external platforms.”

But Esmailzadeh pointed out that while pre-rolls are the top revenue stream, VGTV is making money from its video in eight other ways.

VGTV is making money on video. In a Lot of Ways! #dme19 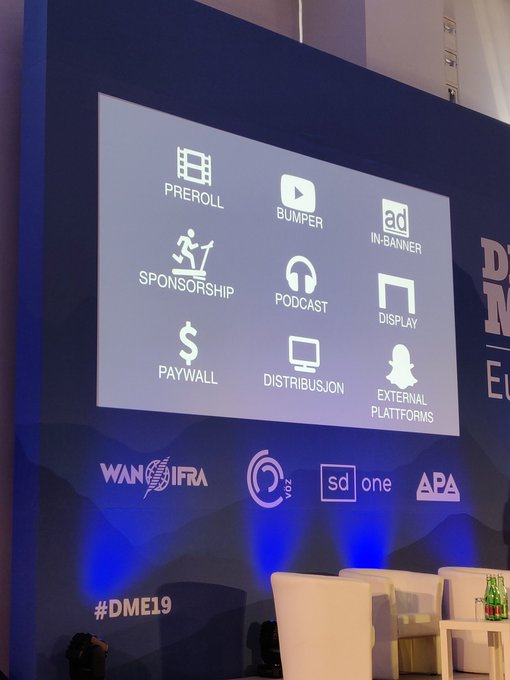 Werner Müllner is Deputy Editor-in-Chief for the Austria Press Agency. He noted that the creation of its own video platform followed a prompt from Austrian media houses, to assist in the creation of multimedia assets around one story. Given that the APA is a much more news-oriented organisation, that necessarily means they do not have access to entertainment content:

“This is a professional platform to bring the producers and the material to the inventory providers who don’t have enough news media by themselves.

“Why should it be a kind of closed platform? Because then you have the control over the quality, of all the commercial environment, etc., so this is a very important thing for brand safety.”

Here @WernerMuellner is presenting one of the most interesting cooperation projects of Austrian media organizations: share news videos across all competitors and join forces in tje bjsiness model. #DME19 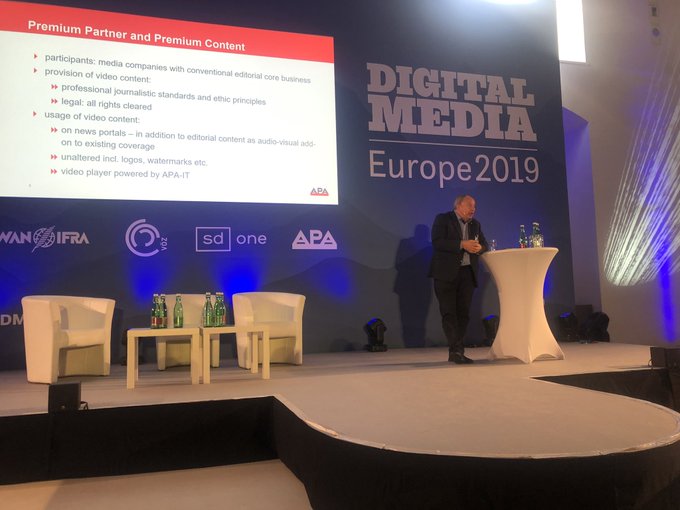 So while monetising video in and of itself is extremely challenging for news-oriented publishers, there are green shoots when that video is used in conjunction with other products. Relevance to the article in which a video is embedded requires a huge stock of content, which in turn requires partnerships and collaborations. As is common for media in 2019, publishers are betting on alliances to scale up and be attractive to advertisers and users.