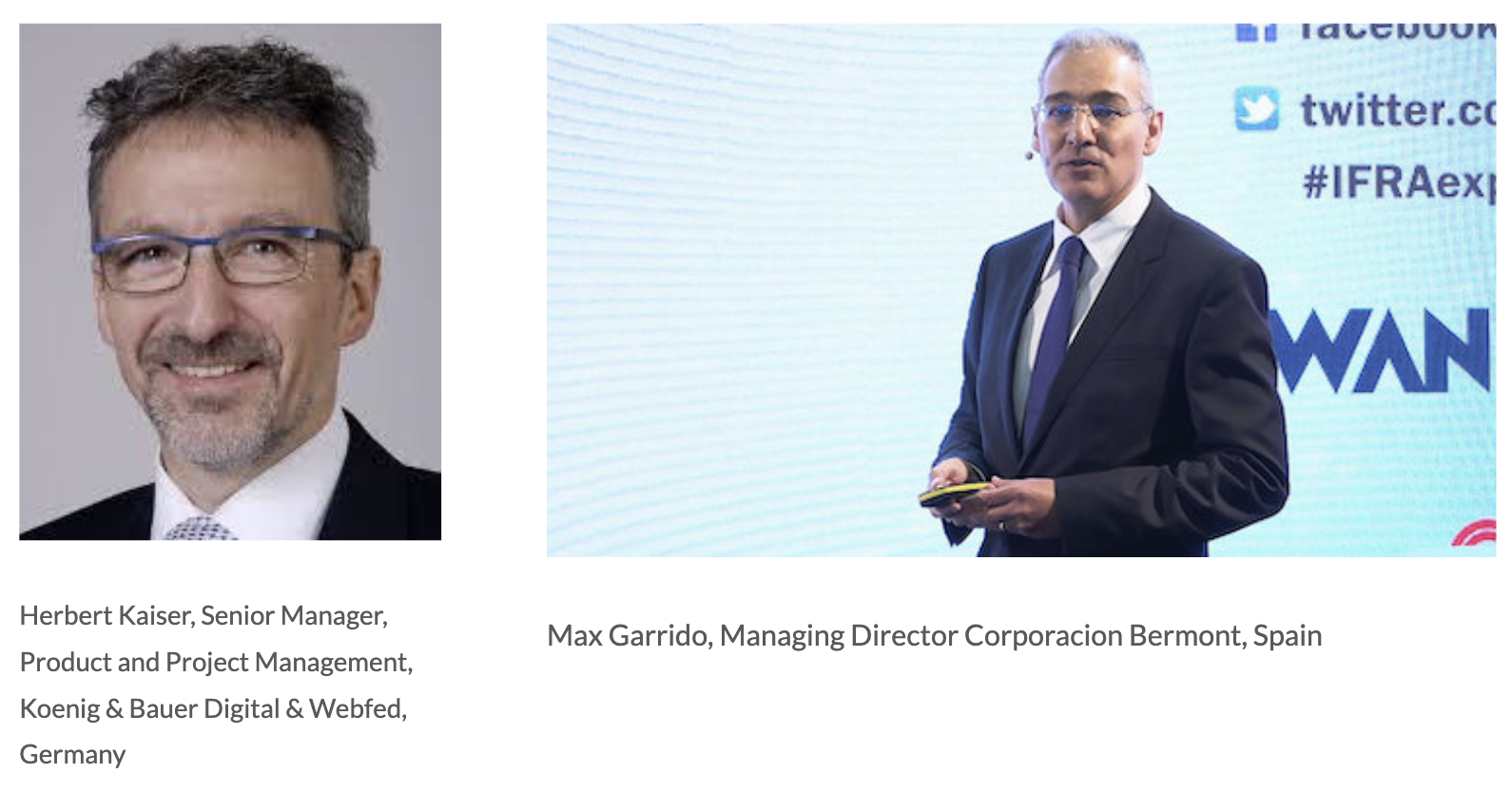 The Board of the World Printers Forum (WPF), the print community within WAN-IFRA, the World Association of Newspapers and News Publishers, met in Sarajevo on 25 and 26 March 2019 at the invitation of its member Mujo Selimović, publisher of the Bosnian newspaper Oslobodjenje.

WAN-IFRA would like to thank all board members who have actively built the World Printers Forum over the years and brought its activities to life for their valuable work.

At its spring meeting in Sarajevo, the Board reviewed last year’s work and discussed the progress of current projects. In 2018, the World Printers Forum published three research projects:

“The Sustainability of Newspapers”, a report published together with Two Sides (UK) in August 2018.

“Implications of changing to lower grammage newsprint”, a study of the economics behind the use of lighter-weight newsprint (February 2018).

In addition, the second improved edition of the handbook “Optimised Paper Handling and Logistics” was published in printed form last year together with 30 other associations and companies.

The following projects are scheduled for completion in 2019:

ABOUT THE WORLD PRINTERS FORUM.  The World Printers Forum is the print community within WAN-IFRA. It advises WAN-IFRA in all aspects of the printed newspaper. Newspaper production is defined as the business of production planning, prepress data handling and processing, press and mailroom operations including connected topics in terms of management and technical implementation. The World Printers Forum is open to all WAN-IFRA members who are interested in the future of the newspaper printing business and print-related areas.