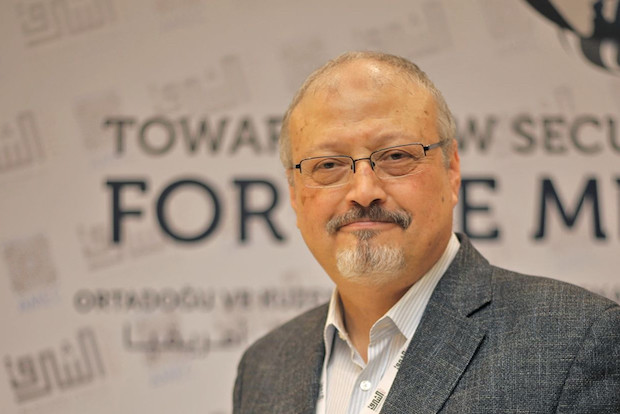 “When I speak of the fear, intimidation, arrests and public shaming of intellectuals and religious leaders who dare to speak their minds, and then I tell you I’m from Saudi Arabia, are you surprised?”

These were the words of Jamal Khashoggi in his first column for The Washington Post two years ago, after going into self-imposed exile in the U.S. after revealing he’d been ordered to “shut up” by Saudi authorities.

Despite his enormous love for his homeland, he could not bring himself to ignore where it was going. He continued to speak out, and it cost him his life.

Khashoggi had been a mainstay in Saudi and Middle East journalism since the 1980s.

His upbringing gave him access to the Saudi royal family. His grandfather was the doctor to King Abdul Aziz, the founder of Saudi Arabia. His uncle a weapons broker for King Fahd. His cousin was Dodi Fayed, the ill-fated partner of Princess Diana.

But his closeness led him to sour on that world and how the royal family ran it. By the early 2000s he was becoming known for his vocal disapproval of the Saudi regime.

Khashoggi rose through the ranks of the Saudi media, and in 2003 was named editor-in-chief of Al-Watan paper. But he only lasted two months before he was dismissed for publishing a column criticizing the country’s religious police.

He returned four years later, but resigned again a few years after that amid more criticism of his paper’s coverage. In 2015, he was named head of a new TV channel in Bahrain, owned by Prince Alwaleed bin Talal.

That assignment lasted only one day, when the station was shut down after interviewing a Bahraini opposition figure.

By then, he was a frequent contributor to other Middle Eastern media, just as Mohammed bin Salman was rising to become Crown Prince of Saudi Arabia. The timing would prove disastrous for Khashoggi.

He advocated for freedom of speech in his country, and women’s rights. Soon he was in exile in the U.S., and the horrible events in October 2018 in Istanbul are a tragic history we all know too well.

In his final column for The Post, published after his death, Khashoggi extended his criticisms further, writing that “Arab governments have been given free rein to continue silencing the media at an increasing rate.”

Khashoggi’s story is repulsive and terrifying, but simply an extreme version of the threats, oppression, and violence used daily by those who seek to shut down free media and transparency in the Middle East.

As Michael said earlier, many other countries have followed suit, encouraged by President Trump’s lack of interest in a free and fair media.

Jailings of journalists are common, and murder increasingly a tool to silence investigations. Less than a year after Khashoggi’s death, it’s back to business as usual for many of the elite global CEOs and companies that seek to do business with Saudi Arabia. There were even reports last week the Saudis will buy U.S. natural gas firm Sempra Energy.

Brushing these crimes under the carpet and moving on to the next deal will simply give these oppressors the impunity they need to grow bolder.
At the World Editor’s Forum, we stand for a united effort among the global media to hold tyrants and governments accountable for their actions to suppress free speech and inhibit the growth of free societies for all their people.

It’s an uphill battle. Our enemies seek to divide us. Our leaders ignore the jailings, shootings, and intimidation. Only by all of us working together can we protect our journalists, and by extension our freedom.

Jamal Khashoggi understood this. He knew he was in danger but he would not be silent. His homeland meant too much to him. He cannot be here with us.

But I’m proud today to honor the late Jamal Khashoggi, a courageous man, Saudi Arabian, and journalist, with this year’s Golden Pen of Freedom Award.