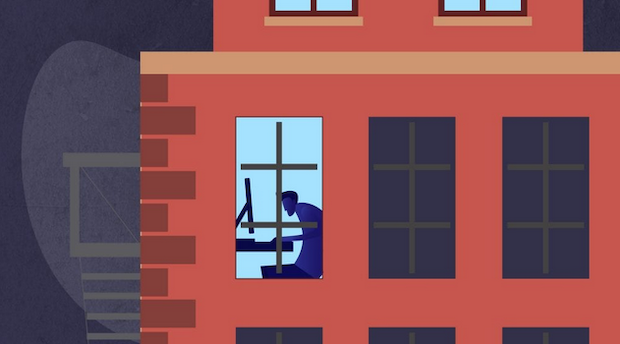 Journalism is in a bit of a pickle. Whether it’s the continued closure of newsrooms, reports that media freedom is currently at its lowest point for a decade, or the continued assertion from certain quarters that journalists are “the enemy of the people”, it’s a tricky time for publishers to do their job – on all fronts.

The rise of participatory journalism is perhaps not therefore especially surprising: whether it’s to plug a gap left by newsroom closures, share information about subjects which do not get sufficient coverage, or just to provide an alternative voice to the mainstream, we are now at a point where public contributions to the news landscape are a normal part of journalism.

But, to quote wise Uncle Ben, “with great power comes great responsibility” so how does this new breed of citizen journalists fit into the matrix?

First up: What is citizen journalism?

Very basically, it is as Tony Rogers writes, “private individuals, who are normally the consumers of journalism, generating their own news content.”

The concept is, therefore, a straightforward one: those providing information, insight, and occasionally analysis are the ones who have historically been those consuming, not creating content. They are perhaps best thought of as incidental reporters: sharing snapshots rather than providing context.

Of course, while the association with citizen journalism may be with those reporting from war zones, or places in turmoil through fuzzy video links or Twitter posts, the category includes more than that.

Citizen journalism is participatory, at that participation might be evident through collaboration as well as through direct contribution. By this definition user-generated content, like the Facebook group reporting delays on Uppsala’s train network at Upsala Nya Tidning (NTM), counts.

How about journalism created by non-journalists with the help of journalists? Well, in the case of On Our Radar, absolutely. There, the purpose is to empower unheard communities by training those communities to tell their own stories. Libby Powell had this to say when we spoke to her last year:

“There’s absolutely no doubt that a huge strata of public information is best told by professionals and by people with power. The press pass is a crucial pillar of democracy, but there is a big chunk of public information which is around human stories, which are designed to help people understand one another and hold a mirror up to public life. These are the stories which we feel are best told by those most affected by the issues.

As ever, it’s about balance. And, with the onset of social media, that balance has shifted.

“Journalists don’t even decide what the biggest story of the day is anymore, rather, society does, and the news that goes viral is often produced by social media users themselves.” Ellie Mason

It’s no coincidence that the academic world started talking earnestly about citizen journalism in the mid-2000s. Then the world of blogging was emerging, Facebook was beginning, Twitter offered great promise. The digitisation of newspapers was in progress. Things were changing.

Once given the reins of this new mode of communication, academic pontification became reality: people changed the way they shared information. Moreover, the power shifted as the reading public’s voice suddenly became amplified. The newspaper as go-between suddenly seemed a bit, well, 1990.

Freely available news (and yes, ‘freely’ in both in terms of monetary cost and ease of procurement) broke the status quo: news became instantly shareable across timezones and the format deconstructed. Where before editors selected those front-page stories, readers consuming articles on Facebook or Twitter didn’t necessarily have any notion of whether that article sat above the fold or not.

To ignore the citizen as source is to limit valuable information

So now, we’re mobile. We’re connected. We’re communicative. Anyone ignoring these modern truths is outdated in the extreme. Social media provides us with the ability to instantly share snippets of information, which we as readers place into our own existing webs of knowledge.

Here’s the point: social media has enabled anyone to contribute to those webs of knowledge. Armed with a phone and a half-decent wifi signal, anyone can upload stories for anyone to read.

In Africa, where the online population lags behind Europe and the US, the enthusiastic adoption of mobile technology is reshaping the way discussion operates. There, in the past decade, people have been taking to their cell phones to comment and share their opinion on subjects that they feel are not – and in states where corruption levels are high – cannot be covered by the mainstream media. Cellular technology has enabled these discussions to find a starting point.

“In such situations, where reports from conventional media are absent, citizen journalists do not merely relay critical information”, opines a research paper on the subject from 2014.

“Blogs, microblogs and fora also serve as a means to express emotions and as spaces for discussion.”

Even where the reporting of information doesn’t have such a necessary moral imperative, failing to capitalise on citizens’ experience would be a shame. The aforementioned Facebook group in Upsala was created in response to a genuine issue facing citizens of that city: overcrowding and delays on public transport. When invited to record experiences on the transit system, the group yielded a huge amount of data with which to report accurately back to City Hall.

Can a citizen be a journalist?

The problem is this: social media by its very nature is a vehicle for thoughts. Some of these thoughts are well-considered. Others are more transient. Many are – and forgive me for how this is going to come out – self-centred. Social media for most people is about themselves: their family, their issues, their lives.

The citizen posting on social media is doing so for different reasons than the aspiring Bob Woodwards of the world. That said, it’s not to say that those contributions can’t be extremely valid.

With the proliferation of mobile technology, publishers should rightly champion on-the-ground footage and source material. Passers-by with cellphones may well capture key and critical moments through the luck of being in the right place at the right time.

The reality is that in this age of information overload, successful newsrooms know their value lies in the contextualising of information, not in the publication of it in its raw state.

Citizen journalism, therefore, is best viewed as a valuable part of a newsroom’s arsenal, not as a weapon of mass destruction in its own right. While we might be familiar with journalists ‘in the field’, the reality is that often journalists who have been dispatched to cover a story may not have the access or the levels of trust to gain the information needed.

When Mubarak’s government was overthrown in Egypt in 2011, it was citizens wielding cellphones who captured and transmitted much of that information. The press core had found it difficult to report on abuses, misdeeds and corruption and – because they were identifiable as journalists in a state with a hardline view of governmental criticism – believed themselves to be at risk. A panel of citizen journalists speaking at the Pulitzer Centre in Cairo later that year said that “rather than report the abuse directly, and put themselves at the risk of arrest or government intimidation, newspaper journalists would cite bloggers who posted the videos, thus absolving themselves of direct responsibility for the story.”

Talking about ‘alternative facts’ a couple of years back we noted that “without context, facts are like footnotes untethered from their narrative”, and the same holds true here.

The role of editor has never been so important as it is now. It would be foolish to ignore the wealth of information that private individuals offer, but this information should be treated and handled as any other source material would be. Context is the name of the game. At a time when newsrooms are under such immense pressure, the successful ones are those who are giving value to their readership. Richly sourced articles are one way to do this, and it’s the responsibility of our newsrooms to source, check and contextualise.