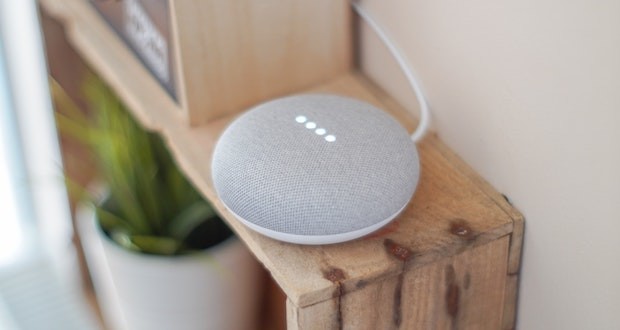 “I believe that smart speakers, or the voice assistants integrated within them, represent the next biggest shift in the way we communicate with our audiences since the iPhone,” said Zoe Murphy, Head of News Innovation, BBC Voice and AI, speaking at the 71st World News Media Congress.

“There’s now a race for ubiquity – the worlds tech giants pushing into the final corners of our connected lives – it is about being everywhere and doing everything.”

The latest BBC research suggests that one in five UK adults have access to some form of smart speaker – not surprising, considering Alexa is now available on over 100 million devices worldwide including light switches, thermostats, smartphones, televisions, cars and even toilet seats.

“News organisations should be paying attention because talking with machines rather than typing is the next major shift in our news information ecosystem,” she said.

“With voice, there’s very little training needed – speech is the most natural way for humans to interact with technology.”

Murphy’s team at the BBC is the fastest growing department at the broadcaster, on a shared mission to create new experiences for audiences on voice platforms – especially aiming to reach younger, wider audiences with the technology.

“As the digital landscape has fragmented, we have lost huge ground with under 35’s to the likes of YouTube and Netflix, but we have seen voice become much more mainstream – so the BBC sees voice as a key part of its strategy,” she said.

Unlike traditional radio, owners of smart speakers are not far off being able to have a two way conversation with voice technology – a factor that can enable news organisations to learn more about individual preferences and interests through better data and direct relationships with users.

The BBC is the default news provider for Alexa, Google Assistant and Siri, so if a user were to ask for ‘the news’, they would be provided with BBC content automatically.

“We are in a hugely privileged position – last year we served 20 million news stories.”

Her team recently hired a group of voice-news journalists, there to present its domestic news briefing in a conversational, chatty tone – distinct from a traditional bulletin.

“It is a real challenge trying to hit that sweet spot between not alienating your heartland, traditional audiences, while appealing to younger, underserved audiences at the same time.

QOTD from Zoe Murphy, head of innovation at BBC Voice “Everything is rooted in audience research. It’s not about a BBC manager having an idea in the shower. It’s rooted in data.” #WNMC19 https://twitter.com/lynzengCNA/status/1135114929231581185 …

#WNMC19: Head of innovation at BBC Voice Zoe Murphy says there is a race for ubiquity when it comes to smart speakers – “To be everywhere and do everything”. Why is the BBC going big on voice-activated content? Youth audiences are the North Star for the BBC 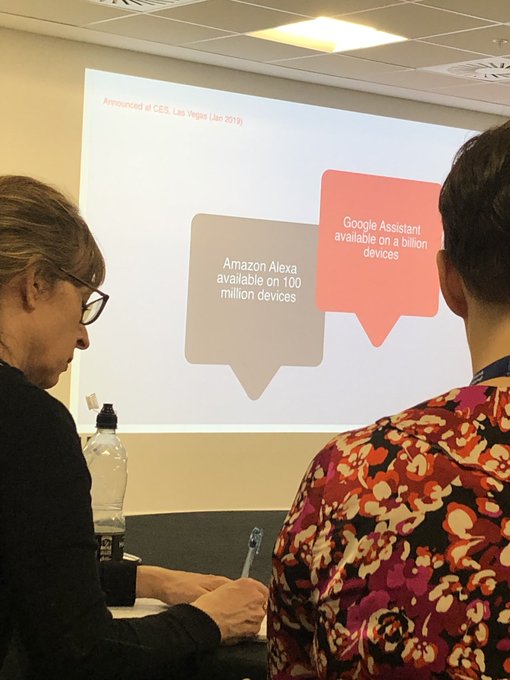 Last week, BBC Voice completed its first attempt at an interactive audio bulletin, created in India before its general election, working with the BBC Hindi voice team and Google Assistant.

“We wanted to help audiences filter through the noise, to help them make sense of daily events throughout the campaign and then post-results,” she said.

“You can move between the stories, or ask Google to tell you more – you get genuine journalistic depth on the story through correspondent analysis, an interview with fact-checking reporters or a radio interview.

“It was a small but important step for us – we built our own blueprint for future interactive services that we can build on.”

Murphy explained that testing and experimenting in this space is vital, knowing what your audiences likes and dislikes.

“Everything is rooted in audience research. It’s not about a BBC manager having an idea in the shower – it’s rooted in data.”

Her team will often try ideas out on each other, enabling them to appreciate the importance of prompts and multidisciplinary teamwork.

“We have two strands of working, one to develop products with a clear route to market, and the other to think further ahead to the next-generation conversational AI,” she said.

“It is important that the innovation is editorial as well as technical so that we keep our audiences front of mind.

“What is for sure is that voice is going to disrupt the conventions of storytelling, and the production techniques that are so ingrained at an organisation like the BBC that has been broadcasting for over 100 years.”