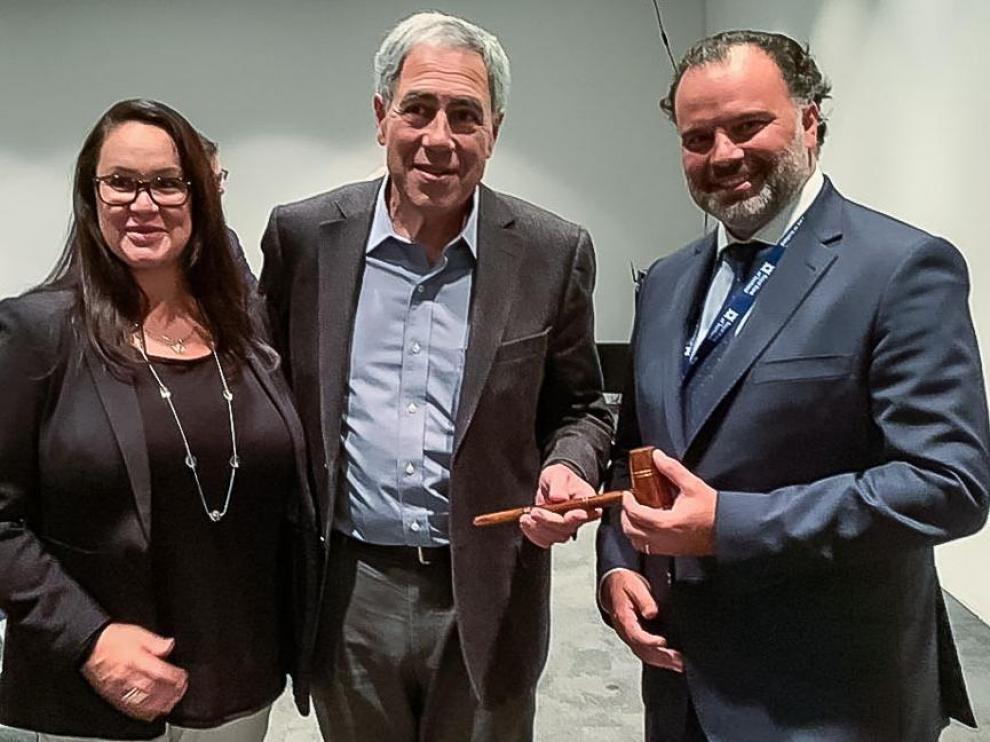 Fernando de Yarza López-Madrazo was elected by WAN-IFRA members on Thursday at the World News Media Congress, World Editors Forum and Women in News Summit in Glasgow, Scotland. 600 publishers, editors, journalists, and other senior news executives from around the world attended the events. The highlights of the conferences can be followed on the congress blog and on Twitter, #WNMC19.

Fernando de Yarza succeeds Michael Golden, President of WAN-IFRA since 2017. Together with Stig Ørskov (CEO, JP/Politikens Hus, Denmark) who was elected Vice President of the organisation at the same meeting, Lisa MacLeod (Tiso Blackstar, South Africa), Paul Verwilt (Mediahuis, Belgium), Gerald Grünberger (VÖZ, Austria), Phillip Crawley (The Globe and Mail, Canada), Karin Pettersson (Schibsted, Sweden), Marcelo Rech (RBS, Brazil), and Warren Fernandez (Straits Times, Singapore) who was elected new President of the World Editors Forum, they will form the new Executive Board of WAN-IFRA for the two coming years. The Executive Board will work alongside and will report to the larger Supervisory Board of the organisation representing the country members of WAN-IFRA. At the same meeting, 14 executives from leading news media companies were elected to new terms on the Supervisory Board of WAN-IFRA.

“I would like to dedicate my election to all the journalists and publishers who are under threat around the world, and to my grand-mother who commemorated a month ago the assassination of her father, killed, 80 years ago on the steps of his newspaper, defending press freedom,” said Fernando de Yarza. “She was then just 24 years old and had to lead the newspaper under the dictatorship, helping to bring democracy back to Spain with many other brave journalists in the country. I would like to dedicate this to her and to all the brave women journalists who defend press freedom around the world.”

Fernando de Yarza is the President of Henneo, a news media group that includes 20 minutes and Heraldo de Aragon (Saragossa, Spain). Fernando de Yarza is  member of the board and the executive committee of Vocento, the leading general interest news publisher in Spain (ABC, and eleven regional newspapers including El Correo). He is Chairman of Taller de Editores, Spanish largest magazine publisher ; President of the Association of European Publishers News Media Europe (NME) and a Vice-President at the Spanish Asociacón de Medios de Información (AMI).

Warren Fernandez, Editor in Chief of the Straits Times and SPH’s English, Malay and Tamil publications in Singapore, was elected as the new President of the World Editors Forum at the annual board meeting in Glasgow, Scotland on 1 June. Nigerian-based Toyosi Ogunseye, who heads language services for BBC World Service, West Africa, was elected as Vice President.

The World Editors Forum is the network for editors within WAN-IFRA. Its board of 24 Editors advise WAN-IFRA on matters affecting newsrooms, quality journalism and press freedom.

The new Supervisory Board members of WAN-IFRA are: