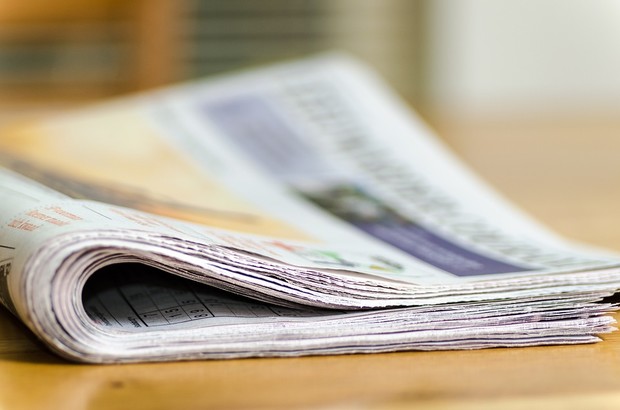 At the same time the ongoing trends around the flow of advertising revenue have continued unabated. The vast majority of ad revenue directly benefits the tech platforms that traditional publishers consider usurpers to the thrones of reach and audience engagement.

Denise West, Chief Commercial Officer for DC Thomson Media, opened the discussion by noting that while advertising has always been an important pillar of media business models, it has been coming under increasing pressures from places outside publishers’ control. She cited research from Credos and the findings of Dame Frances Cairncross as showing that the digital advertising world is far more volatile than it has ever been before.

She noted that a lack of trust has triggered a crisis across the entire industry.

“In fact, in its most recent survey, iProspect found that 88% of the 300 marketers they surveyed found trust to be the absolute priority for 2019.”
– Denise West, Chief Commercial Officer for DC Thomson Media, speaking at WNMC.19

Despite many research findings that traditional media formats are largely more trusted than are their digital counterparts, West said increased public awareness about the issues of ‘fake news’ and public misgivings about digital advertising have had a knock-on effect on public trust in media altogether: “We nonetheless are being tainted by the wider issue.”

Richard Bogie is Managing Director, News Scotland & News Ireland. He presented a well-trodden argument, that print brands’ legacy of storytelling has a positive effect on their ability to engage readers and directly benefit their commercial proposition:

“Newsbrands are brands of the future, adapting and evolving with the media landscape, comfortable with the written word, videos… we’re in the business of storytelling. The broader context has become one of uncertainty; we live in extraordinary times. Brexit has dominated our news agenda, and people feel uncertain about what the future holds for them. People need ways of working through that uncertainty, and what to believe in this era of fake news.

“Newsbrands offer that guidance at scale. The industry narrative and climate doesn’t always reflect this.”

He argued that too much media commentary is given over to hand-wringing about falling print circulations and the debilitating impact those figures have on advertising revenue. Instead, he believes more focus should be given to the idea that 25 million people in the UK are regularly exposed to newsbrands, far outstripping the previous reach in print. He cited research from Newsworks that claims to demonstrate that despite falling circulations, those newsbrands are more effective than ever when it comes to advertising – especially when advertisers implement a multiplatform strategy across a newsbrands’ print and digital readers:

“Advertising on the open exchange may get you lots of impressions… [but] ads appearing in quality online environments are a whopping 42% more cost-effective. It is because people have that trusted relationship with their newsbrand that it delivers.”
– Richard Bogie, Managing Director, News Scotland & News Ireland, speaking at WNMC.19

In support of his argument he cited Newsworks research that demonstrates people of all ages are more likely to agree that the rise of ‘fake news’ has increased their reliance on traditional newsbrands, with 65% of people under the age of 35 agreeing with that statement. The additional benefit for advertisers is that people’s values and beliefs hew closely to the newsbrands they choose to support, which goes some way to validating newsbrands’ evergreen statement that they truly understand their audiences.

Sophie Gourmelen, managing director-publisher of Le Parisien – Aujourd’hui en France, believes a significant factor in the ongoing trust crisis is the use of ad formats that negatively impact the consumer’s interaction with newsbrand content. As a result, the group has taken steps to mitigate that issue, particularly in the areas where they are seeing the most growth:

“Seventy percent of our reach is on mobile. On the apps we decided we’d go more towards having a better user experience, to acquire digital subscriptions. More integrated content, more branded content.”

Anthony Tan, Deputy Chief Executive Officer, Singapore Press Holdings Ltd., noted that the prevailing winds of trust in newsbrands – even across media – relative to other forms of media are a huge opportunity for publishers:

“There’s value in the newsbrand; the crux of it is achieving a balance between reaching our audience and proving results, which is something we don’t talk about enough. A lot of the advertisers have moved budget to digital. We have to hold the line,” said Tan.

His point was echoed by Bogie, who used the example of The Bridge, News UK’s in-house creative agency, to illustrate how newsbrands can leverage the in-depth knowledge of an audience and trust in the medium to create value for advertising. He specifically cited The Fifth, its new influencer agency, to demonstrate how affiliation with a trusted newsbrand can drive uplift even for ad formats that typically are not well trusted.

Ben Rose is general manager of newspapers for Stuff Limited. He argues that while trust is paramount, simply having it is no longer enough to attract advertisers:

“Our challenge isn’t a lack of trust… what we struggle with is persuading advertisers of the reach of our channels. We’re competing with the big Silicon Valley platforms. We believe we have a physical relationship with our readers… we believe we have a code of ethics. By doubling down on that… that’s going to be our path to success.”

Ultimately the uplift to advertisers from appearing next to content that is trusted by the audience has a beneficial impact on the trust audience place in the ads themselves. The challenge for publishers is in conveying that to brands and advertisers, luring them away from the chase for cheap scale and back to investing in premium real estate for ads.

Rounding off the session, News UK Chief Operating Officer David Dinsmore made the case that deep engagement with an audience has a halo effect for all revenue generation opportunities, from direct reader revenue to ad revenue.

He cited a number of audience profiles The Sun newspaper has on its audience as evidence of that engagement, noting that there are “hundreds of thousands of Traceys out there” who can be monetised. Despite The Sun’s high-profile paywall failure a few years ago and the subsequent closure of Sun Bets, Dinsmore believes it is possible to build new products around an understanding of its audiences’ desires. The challenge, he said, was in replicating in print the advantages that digital offers when it comes to gaining that understanding:

“Our relationship with our print readers was to take them to a wholesaler and drop them off. Digitally we have much more opportunity. For every action we take, we can work out how to extract money. Traditionally we’d take our most loyal readers for granted.

“We couldn’t get The Sun readers to pay for a subscription, so how could we get them to get a reverse subscription? ‘Buy 28 newspapers and we will give you £5 cash.'”
– News UK Chief Operating Officer David Dinsmore, speaking at WNMC.19

“Readers register online, and scan a unique code every day. Two years in we now have 1 million readers signed up. We have materially stemmed the print decline,” said Dinsmore.

Effectively, whether it’s through direct reader revenue or in growing digital ad revenue, the panellists believe it is possible and necessary to draw a line in the sand around advertising. The evidence demonstrates that association with a trusted newsbrand – whether that’s in print or digital – can have a demonstrable positive impact on advertiser ROI.

The difficulty, in the age of the Duopoly and ready access to enormous anonymous audiences, is in convincing advertisers that sometimes less really is more.