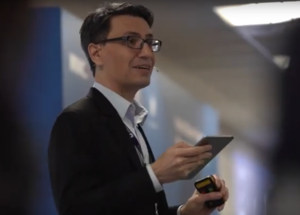 “If you want to know what the pace of change at the Post is really like, consider this: I have had seven roles in 16 years, and I’ve been the first person to hold every one of them,” Barber told the 71st World News Media Congress.

And it’s not only the roles and teams in the newsroom that are evolving at breakneck speed.

Most of the tools used by reporters are built internally on a regular basis, with technology playing a key role in the delivery and advancement of the publisher’s journalistic output.

“We’ve gone all in on targeted experimentation across our departments and platforms,” Barber said.

“We are working on customising tools for story publication, photo management and workflow, aiming to streamline the ways in which we create stories.”
–  Greg Barber, Director of Newsroom Product at The Washington Post, speaking at WNMC.19

In fact, the newsroom is already working on coverage of the 2020 US election, working with a dedicated team of engineers to produce improved election maps and more data visualisations.

Furthermore, many technological advancements have focused on user experience, including a new subscription platform that launched last month in New Zealand, new ad technology that uses subscriber feedback to customise the way advertising is served to readers, and better site navigation, exemplified by the ‘My Post’ section that lets audiences save stories for later.

But the advanced applications of technology represent only part of the innovation stirring inside the news publisher. With the goal of covering stories that shape the world, from politics to local news and business to features, the newsroom has been experimenting with more engaging ways of storytelling.

Here are six ways the publisher is continuing to experiment and innovate:

“Our special investigations often showcase our journalism at its best – some of which are broad looks at global challenges,” Barber said. Those are often presented as a mix of stories, video, audio and graphics, achieved by different teams working together, giving audiences a range of content.

For example, ‘Gone In A Generation’ demonstrates how climate change has affected Americans in forests, fisheries, fires and floods, taking the public on a journey across America with sound effects, video that covers the entire webpage, and beautiful lighting effects as the user scrolls through the story on the site.

“The content was created by a mix of nine reporters who work across different desks in the newsroom,” Barber said.

‘Murder with Impunity,’ an analysis of nearly 55,000 murders over the past decade in 55 of America’s largest cities, saw 11 reporters, artists, editors, photographers and designers come together to create a range of text articles, videos and data maps that enabled readers to explore the neighbourhoods where the crimes took place.

That kind of storytelling, Barber explained, not only helps audiences better engage with the story, becoming immersed in the content however they choose to consume it, but also helps the newsroom staff collaborate and share skills and ideas with one another.

The Washington Post has experimented with unconventional journalism, taking nine subjects and putting them into unusual forms.

Audiences were offered the likes of a song by Ben Folds about Rod Rosenstein, an investigative poem about fracking, a Betsy DeVos board game and even a ‘fill in your own’ Trump speech. They were even offered a short graphic novel on ‘Date Lab’ – a feature that pairs up single readers who submit applications, sends them on a first date, and then reports the results. 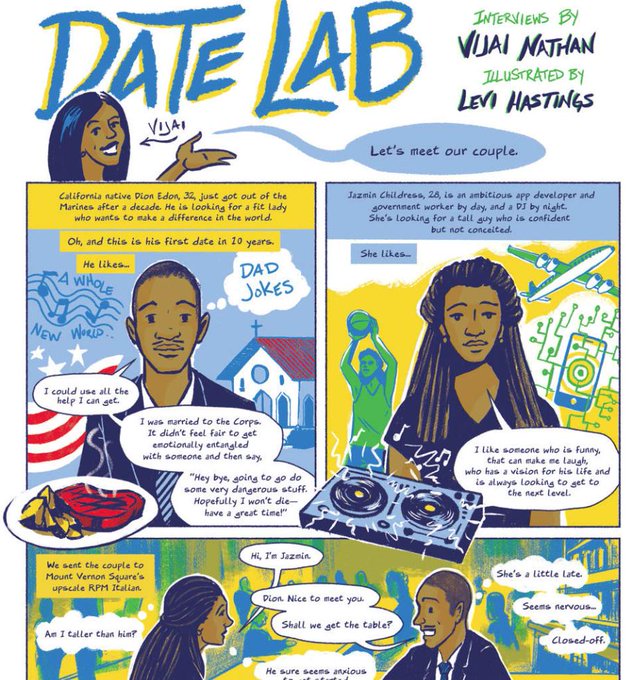 Those projects are an experiment to see how audiences interact with different forms of storytelling, Barber said.

Barber explained that the Post has also been experimenting with documentary making. ‘The Assassination of Jamal Khashoggi,’ for example, chronicles the events surrounding the killing of the Post contributor. The 25-minute video is accompanied by a scrollable timeline of the aftermath of his murder, linking various other Post articles to give extra context to the story.

Virtual reality has also played a role in the newsroom’s dive into documentaries, as seen in ’12 Seconds of Gunfire,’ about a school shooting, which was shown at the Tribeca Film Festival. Viewers can experience the story in a virtual reality headset such as the Oculus Rift or HTC Vive, or even a Google Cardboard headset.

An illustrated guide to all 6,887 deaths in ‘Game of Thrones’ may not be what you would expect to see on The Washington Post’s site, but Barber said the feature, which enables audiences to download all the data for themselves, is a fun way of covering the end of the series in a more interactive way over all eight seasons. 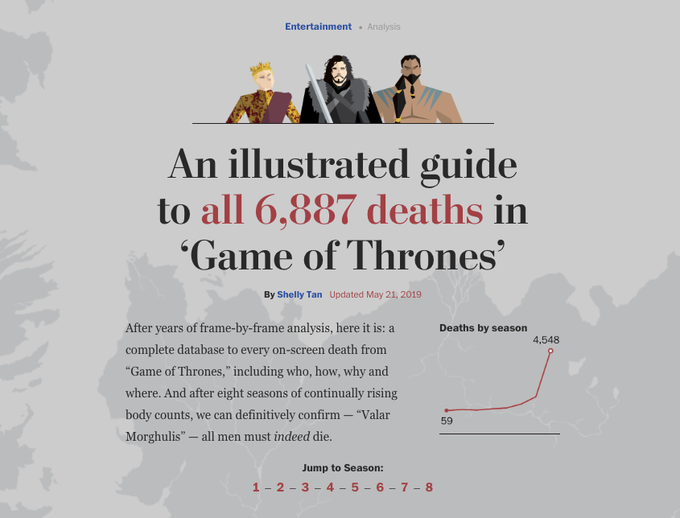 The database, which includes the who, how, why and where of every gory encounter, uses specially-drawn graphics to depict each character.

5. Using social platforms to connect with audiences where they are

In April, the Post launched a live WhatsApp channel dedicated to coverage of India’s six-week-long national election. Barber explained that messaging apps have become an important tool for both private and news-focused communication, and WhatsApp offered a good opportunity for the publisher to provide audiences secure information.

The publisher has also been diving into the gaming world of Twitch over the past year, aiming to reach younger audiences with a fun entry point into news. “We had an understanding that we weren’t as strong with teenage male and females, but this is one that we want to get in with and want to discover,” said Barber. “It’s a really engaged audience – a targeted exploration by us. We thought, ‘Let’s go in and have a look around to see what we should learn in that space.'”

The publisher made a move into daily podcasting with ‘Post Reports,’ aiming to bring audiences closer to the people behind the stories, and to the journalists reporting on them.

The Post has been “creating the journalism [audiences] need, developing the technology to serve them quickly and reliably, and crafting workflows to help our team move more efficiently.”
–  Greg Barber, Director of Newsroom Product at The Washington Post, speaking at WNMC.19