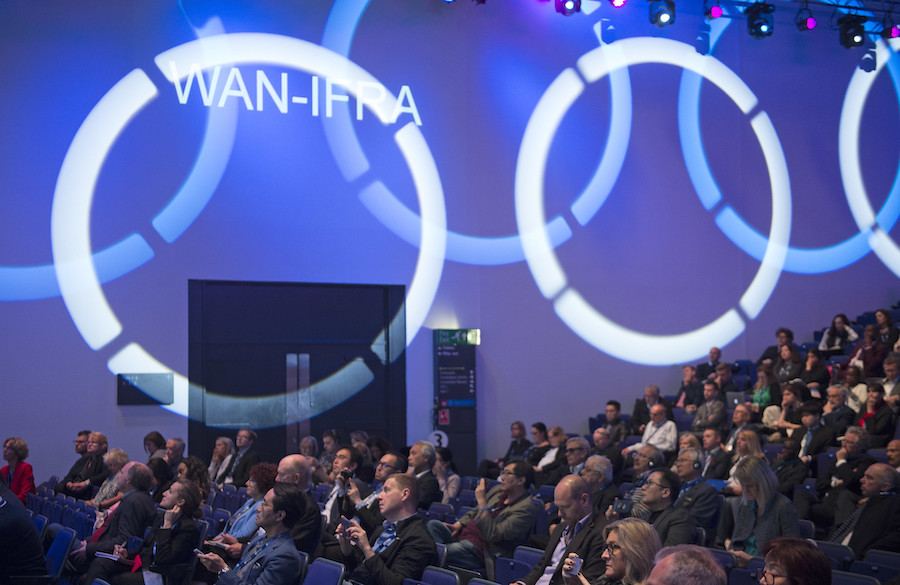 “We deplore the 18th April killing of journalist Lyra McKee,” said the WAN-IFRA Board in one of six Press Freedom Resolutions to be issued from its annual event. “We urge the Police Service of Northern Ireland to vigorously pursue its investigation until her killer is identified and brought to justice.” The Board encouraged Northern Ireland politicians to work through the current political impasse as a means of prioritising the safety of journalists and to “strongly deter the onset of a climate of impunity for those who attack or murder media professionals.”

The Board of WAN-IFRA expressed its deep concern at the 2018 arrest and questioning of journalists Trevor Birney and Barry McCaffrey in connection to their work on the acclaimed documentary ‘No Stone Unturned’, an investigation into the murder of six men by suspected loyalist paramilitary gunmen in Northern Ireland in 1994. “The Board is hopeful that the recently opened judicial review will reaffirm legal protections for investigative journalists and their sources,” it said.

The WAN-IFRA Board also urged the UK government to make good on its commitment to repeal Section 40 of the Crime and Courts Act 2013. Introduced in the wake of the Leveson Inquiry, the Act would force any publisher not signed up to an approved press regulator to pay the claimant’s litigation costs as well as its own, even when the title’s journalism has been vindicated by the court. “We remain seriously concerned that the threat implied by this legislation encourages a climate of self-censorship and risks silencing investigative journalism,” said the Board.

The WAN-IFRA Board gave its support for an exemption for news media publishers from the new legal controls, codes of conduct and regulatory systems proposed by the Online Harms White Paper, which are intended to curb the influence and reach of technology companies. “The UK government must ensure that any extension of the criminal or civil law in respect to online harms, offensive communications, hate speech and harassment does not limit press freedom.”

The Board also called for reform of defamation laws in Northern Ireland and Scotland to bring them into line with the 2013 Defamation Act already applicable in England and Wales.

During its meeting in Glasgow, the Board of WAN-IFRA also passed Press Freedom Resolutions calling on global solidarity for media facing extreme challenges in Brazil, Mexico, Mozambique, Rwanda, Tanzania, Venezuela and Nicaragua.