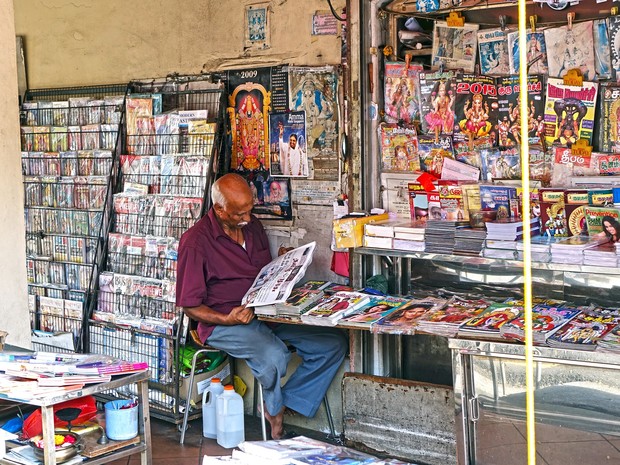 In May, the HT Media group announced its Q4 2019 and full-year financial results, highlighting the “perfect storm” conditions and challenges facing the Indian publisher, and others across the region.

“The sluggishness in the broader advertising environment due to muted ad spends by large corporate advertisers, coupled with high commodity prices weighed down our performance for the quarter, although we did see some positive impact on the back of recent changes in pricing policy for government ads and an increase in local advertising,” Mrs. Shobhana Bhartia, Chairperson and Editorial Director, HT Media Ltd and Hindustan Media Ventures Ltd.

Answering one of the investors during the conference call, Group CFO Piyush Gupta pointed out that newsprint costs went up as high as $ 750 per metric tonne during one of the quarters last year when the dollar was costing Rs 70-72 . However, it has since come down by about 20%.

That decline in prices is expected to continue and should offer some respite to the likes of HT that still earns the majority of its business from print – about 79% of its total revenue.

On the print side, HT’s ad revenue declined by 6% with revenues at Euro 205.6 Mn for FY’19. Circulation revenue remained flat amid an increasingly competitive market, company officials said.

“The key positive is that ad revenue traction in government revenues, entertainment and BFSI categories has been noticed in the quarter. Local advertising has seen a bit of a revival in the year, which is largely yield driven. However, sluggish national advertising has impaired us, and circulation revenue has been impacted by the mix on the English business.” – Piyush Gupta, Group CFO, HT Media.

For the Hindi business, ad revenues saw a quarterly growth of 9% but declined by 3% for the year. Circulation revenue grew by 2%.

While the reduced corporate ad spend has been significantly affecting the revenues of English print media in India, it’s not just on the print side that HT took a hit, but on its digital side too.

The digital segment saw a 22% fall in revenues and 58% fall in profits.

Like in many parts of the world, the challenges are clear: gains in digital ad revenue cannot offset the losses on the print side, largely due to lower pricing on the digital side and stiff competition from tech giants.

That is why diversification in revenue streams is so crucial going forward as dependency on the traditional business model continues to be a risky proposition.

A noteworthy effort from HT Media on this front has been the transfer of most of its digital properties to its sister concern Digicontent which will be run by a separate dedicated team.

As of now digital constitutes only about 3% of HT’s overall revenue.

Gupta summed up the call with a hopeful note.

“The year FY’19 has been a perfect storm from our perspective. One is the tough revenues scenario followed by our very tough raw material cost scenario and the currency also depreciated 11%. However, as we get into FY’20, we are very optimistic about these things. The input costs have already started correcting out, the currency has already stabilized and we are hopeful that we will be able to drive growth. Apart from various actions on the new business acquisitions that we have done on the radio, the new focus that we are putting behind our digital businesses, we are very hopeful that we will be able to turn in a profitable growth which will, you know, help create long-term value for the shareholders.”