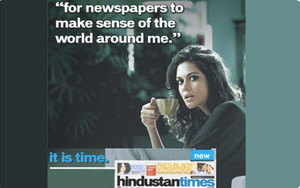 Newsrooms participating in the World News Day (WND) campaign will tell the stories behind the reports and features that made an impact in the past year, giving audiences a behind-the-scenes look at how these were put together.

These range from reports that exposed corruption and scams, to issues being neglected by society or systems not working to deliver services as well as insights on people and events shaping the course of current affairs.

Honouring the work and critical role of professional journalists

“Getting the news is never easy. It involves much legwork on the ground, doing many interviews with newsmakers and experts, fact-checking, ensuring you have the right sources and enough of them, delving deep to understand the issues so you can put things in proper context,” said Warren Fernandez, President, World Editors Forum (WEF), and Editor-in-Chief, The Straits Times and Singapore Press Holdings’ English, Malay and Tamil Media (EMTM) Group.

“That’s what journalists in professional newsrooms do. And they do it against a deadline and across media platforms throughout the day. It is time-consuming, laborious work, and takes considerable resources to do well.

Warren Fernandez“The aim of World News Day is to celebrate the work of professional journalists and newsrooms, and the critical role they play in our societies,” he said.

“By stepping up to make the case for good journalism, we hope to garner public support for and trust in the media, as well as inspire our newsroom to rise to the challenge of delivering the news and serving their audiences,” he added.

“In a world which is growing more complex and more polarised, and with the proliferation of so much fake news, the role of professional newsrooms in helping to establish the facts and provide the platform for sober and sensible debates is increasingly critical to the proper functioning of our societies,” – Warren Fernandez, President, World Editors Forum

Among those joining are The Straits Times (Singapore), The Star and Bernama (Malaysia), The Jakarta Post (Indonesia), the Philippine Daily Inquirer and Manila Bulletin (the Philippines), The Bangkok Post (Thailand) and Viet Nam News (Vietnam), from South-east Asia.

WND is being organised by the World Editors Forum (WEF), the network for editors within the World Association of News Publishers (WAN-IFRA). The latter counts 3,000 news-publishing companies and technology entrepreneurs as its members and its reach extends to more than 120 countries.

The WND initiative is supported by Google News Initiative, a project of the global Google platform, to promote quality journalism.

The inaugural WND was hosted by the Canadian Journalism Foundation (CJF) on 3 May last year, and celebrated on 2 May by CJF this year.

The World Editors Forum’s Asia chapter is spearheading efforts to include several newsrooms from Asia in the global campaign and it is being held on Sept 28 this year to coincide with Unesco’s International Day for Universal Access to Information.

News organisations taking part in this project have agreed to run the stories from across the 30 newsrooms joining in this initiative, on their platforms and pages on 28 Sept. They will also appear on the WND site: www.worldnewsday.org.

A string of activities has also been lined up for the celebrations on 28 September.

The National Youth Achievement Award in Singapore is organising a photo contest for young people under the theme My News.My Story, to raise awareness about the importance of real news.

Youth wishing to join in need to send photos of themselves consuming news in any way they prefer. For details, please visit the WND web site. Winners will be announced on 28 September.

On the same day, WEF will hold a WND: Why It Matters forum on the importance of quality journalism, in Singapore. Journalists will share their stories, editors & experts will hold a panel discussion on good journalism and there will be a session on fake news.

For digital viewers, there will be a Live WND show on YouTube to be broadcast from ST studios. It will feature videos and content from participating newsrooms and discussion on the work of journalists.

‘Real news is a necessity’

Said Esther Ng, Chief Content Officer, Star Media Group: “In the era of fake news where all sorts of stories get passed around via the social media within minutes, real news has not just become more important, it is a necessity.”

“Our tasks as journalists have expanded – we are now not merely reporters but news analysts, and we strive to affect change and shape the nation. This is the day we stand up for good journalism. This is the day we celebrate what we aim to do,” – Esther Ng, Star Media Group

Added Natalie Turvey, president and executive director of the CJF, on the rationale for WND: “It is more important than ever to highlight journalism’s contribution to our society and democracy. With the media facing so many existential challenges, WND serves as a reminder that as goes journalism, so goes democracy.”