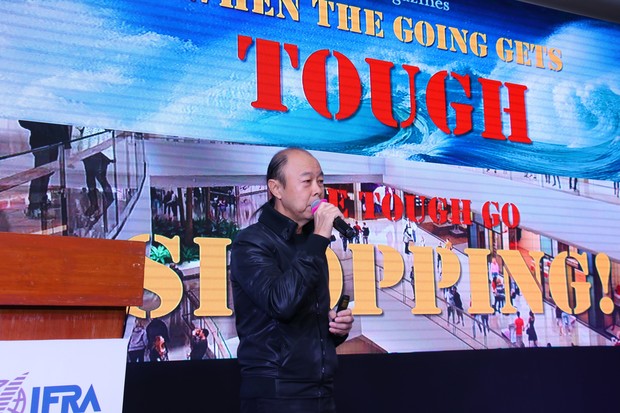 New revenue streams were the focus of Tan‘s keynote presentation during the advertising summit at WAN-IFRA India 2019 in Delhi, the annual conference of WAN-IFRA South Asia.

He said he remembered how, when digital was just starting to take over, his team thought that if they tried hard to sell digital, it would cannibalise the print.

“We tried to protect our print, but that resulted in our digital not growing. So finally we decided to stop doing it and let both compete,” – Geoff Tan, SPH Magazines.

Pointing out that the decline of print is never the end of the road for a media organisation, he said revenue models can be extended and diversified in several ways citing multiple examples including “Moomoko.”

Moomoko is an augmented reality character created by SPH Magazines for its Chinese and English magazine Nuyou and is claimed to be the first of its kind to be created by a local magazine.

Since then, multiple brands have been collaborating with the publication to leverage Moomoko for their campaigns.

“Moomoko took a Chinese magazine to another level and became a virtual influencer. It was so successful that we were able to take her to catwalks in Paris and Milan along with other models,” said Tan.

He added that retail therapy is something the team keeps in mind as they continually look for ways to partner and make new revenue streams.

Some of the strategies he suggested included encouraging staff to come up with creative ideas and signing them up for design-thinking workshops, thinking analog, acting experimental and creating an inspiring office as well as work environment.

“Never underestimate the power of mind, start with your staff,” he said citing the instance of SPH employees from various departments together coming up with the idea of Readeem (read + redeem).

The way forward for media organisations, Tan said, would be to build a polymathic organisation and be as diverse as possible.