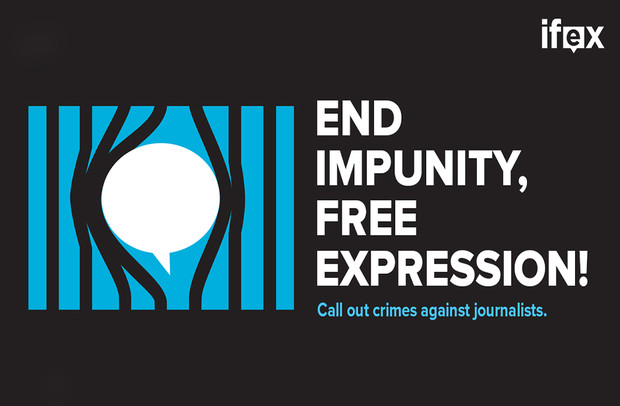 In 2019 UN expert Agnès Callamard released a groundbreaking report on the killing of journalist Jamal Khashoggi with powerful recommendations for closing the “accountability gap” at the international level. When justice proves elusive at the national level in countries from The Gambia to Colombia, rights groups are achieving success through regional and sub-regional courts.

A number of countries have enacted ‘Magnitsky-style’ legislation, enabling them to identify individuals directly or indirectly responsible for gross human rights violations, including attacks against journalists, and issue targeted sanctions in response.

3. Creating an Editors for Safety network

Immediate and sustained media coverage can help ensure that attacks against journalists are not ignored. Pakistan’s Editors for Safety network is an impressive recent example of a commitment made by media houses to coordinate coverage.

Reporting during moments of tension or crisis can be highly dangerous. In countries like Nigeria and Paraguay, groups are offering training and facilitating dialogue between law enforcement and media, to reduce the risk of violent incidents during protests.

5. Making sure local voices are heard at the UN

The UN system can help local activists highlight cases of crimes against journalists in their countries and build support from other member states. Groups are successfully using the Human Rights Council, Universal Periodic Reviews and Treaty Bodies to this end.

6. Using, not abusing, the power of legislation

Groups are campaigning for national laws that establish safety mechanisms, special prosecutors, source protections and other measures, while opposing laws that actually target journalists in the name of countering defamation, terrorism, cyber-crime and hate speech.

The UK and Canadian governments launched a global ‘Defend Media Freedom’ campaign, which led to the formation of a coalition of states dedicated to standing up for media freedom and responding collectively whenever journalists are threatened or attacked. A High Level Panel of Legal Experts was also established, to provide legal support and advice to states for the improvement of media freedom and to address abuses when they occur.

10. Keeping the light on

Impunity thrives in darkness. Individuals around the world help monitor and call out crimes, sign petitions, write letters, and share information and solidarity, sometimes at personal risk. In Malta, a vigil to the murdered journalist Daphne Caruana Galizia has served as a powerful reminder to the government that her attackers remain unpunished. Despite several efforts to tear down or obstruct the vigil, demonstrators continue to rebuild it as a sign of defiance and determination.

Visit ifex.org/campaigns/no-impunity/ to find many more examples of how people around the world are making it safer to be a journalist, and how you can get involved.

Together we can end impunity for crimes against journalists… and free expression.