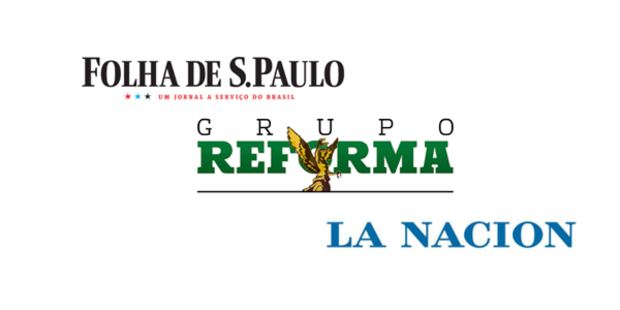 As part of their efforts, all three of these publishing houses have been participating in the Google News Initiative Latin America Subscriptions Lab since May to drive their business strategy.

The eight-month cohort-learning based laboratory is driven by the Google News Initiative (GNI), the affiliate for the Americas of the World Association of News Publishers (WAN-IFRA), and the Atlanta-based consulting company Mather Economics – with the objective of helping participating news organisations build strategies around and enable their digital subscription businesses.

Although the Lab is only halfway complete, all three news organisations have learned valuable lessons that have reaffirmed the importance and validity of their commitment to growing reader revenue.

Earlier this month, we spoke with all three to understand first-hand their experiences with the Lab so far and their most important reflections on the internal discussions sparked by the project.

The Argentinean newspaper La Nación launched digital subscriptions just over two years ago, in September of 2017.

As explained by its Business Director, Gabriel Dantur, “given the type of media organisation La Nación is, we believe – without a doubt – that digital subscriptions are the business model where we have a bigger competitive advantage.”

In fact, Dantur said, digital subscriptions play “a fundamental role” for the future of the newspaper.

He explained: “In terms of our business model and strategy, the survival of La Nación will depend equally on the income from users – through subscriptions – and advertisers.”

“We can’t conceive the existence of La Nación as a journalistic media organisation without a digital subscriptions model,”
– Gabriel Dantur, La Nación

Dantur also believes that, unlike digital advertising, where other great players determine the market’s conditions: “in the case of digital subscriptions, from a strategic point of view, we [La Nacion] are the ones who set the rules for people to choose us and consume our content.”

One of the key factors in turning the reader into a subscriber is to offer a very clear and attractive value proposition.

Dantur said that with print, the value proposition “was meant for everyone,” but with digital subscriptions – “the big challenge is that it is for specific segments.”

La Nación focused on two ways to persuade users to subscribe: its content and Club La Nación, which offers discounts and other commercial advantages to its members.

Dantur said that with content, the key metric applied by La Nación is “active days,” or how many days a month a user has consumed the newspaper’s content.

In the case of Club La Nación, the goal is ensuring that the value of the benefits each member receives exceeds the economic cost of the subscription.

In the context of newspaper writing, Dantur pointed out that “the challenge is only one: generating content that is relevant to the subscribers.

La Nación sees several clear improvement opportunities in its digital subscriptions thanks to the GNI Subscriptions Lab: reducing points of friction that prevent users from subscribing and varying prices for its subscriptions offers depending on the type of reader.

Among the tools that Dantur considers to be underutilised is newsletters, which enable close and frequent contact with users.

“One of the things that I think of as a challenge in the world of digital subscriptions is not only producing content that people need to see but to make people see the content we produced.”
– Gabriel Dantur, La Nación

In this sense, alerts are, according to Dantur: “the modern cousin of the newsletter.”

The conclusion, Dantur said, is very clear: “We can’t conceive the existence of La Nación as a journalistic media organisation without a digital subscription model.”

Reforma, the Mexican newspaper, established its paywall in 2003, many years before the rest of the news organisations in the region, and has used a strict “hard paywall” model, mainly designed to protect the newspaper’s printed edition.

Grupo Reforma, which has its corporate headquarters in Monterrey (Mexico), owns three main newspapers: Reforma, El Norte, and Mural, all of which have paywalls.

Early in 2019, Grupo Reforma made the strategic decision to “think about making our access wall more flexible to expand our audience and our digital user base,” according to Edgar Espinosa de los Monteros, Technology Director at Grupo Reforma.

“You have to know the users, make them fall in love with the brand, keep them engaged, make them register and give us their time, create an account with us. And the final ‘prize’ is, logically, that they subscribe and stay with us for many years,”
– Edgar Espinosa de los Monteros, Grupo Reforma

Those responsible for Reforma observed two phenomena that the industry was experiencing: the fall in advertising revenue for print media, and the need to search for other sources of income, particularly subscriptions.

Being presented with the possibility of participating in the Subscriptions Lab, was like “an opportunity falling from the sky,” according to Espinosa de los Monteros, as it would allow them to “understand what is working in the market, what we need to learn, and where we need to mature.”

Grupo Reforma, which still gets much of its income through print advertising, has set out to change its organisation “to base its future income on its audience and subscriber base.”

This change will not be easy, since according to Espinosa de los Monteros, in Grupo Reforma’s mentality, print continues to be a priority over digital.

These initial months of the project have helped Reforma to confirm hypotheses that its digital subscription process is certainly “complicated” and must be changed.

“Our paywall was not really designed to create a digital audience, but to protect the print income,”
– Edgar Espinosa de los Monteros, Grupo Reforma

Working with Mather Economics teams, GNI and WAN-IFRA have allowed Grupo Reforma to learn that “digital transformation means that all areas of the news organisation need to align.”

Espinosa added that commercial, technological or editorial teams must “stop working as silos” and collaborate so “our content becomes something indispensable and necessary for our readers.”

Another important challenge for Reforma is to reduce its audience’s average age and reach readers where most are today: on mobile devices.

One of the main challenges that Reforma faces is improving its data management. Espinosa de los Monteros understands that a process of “maturation” is necessary for the newspaper’s teams to be able to “make informed decisions” with data.

It’s about knowing, for example, “how our audience consumes the content, what it is looking for, where content is consumed, what content is attracting the audience, and which audiences are willing to give us its time and money.” Espinosa de los Monteros continued, “the whole organisation has to evolve into that maturity in terms of data use.”

One of the most valued aspects for media executives participating in the Subscriptions Lab has been the ability to compare their data against others in the cohort and the industry as a whole.

In the case of Reforma, one of the first lessons it learned from its participation in the project was understanding that tools that help better understand user behaviour need to be exploited to the fullest.

“You have to know the users, make them fall in love with the brand, keep them engaged, make them register and give us their time, create an account with us – and the final ‘prize’ is, logically, that they subscribe and stay with us for many years,” Espinosa de los Monteros said.

During the first months of the Subscriptions Lab, data has been collected from all participating news organisations through Mather Economics’ Listener tool, installed in each news organisation during the initial phase of the project.

In-depth analysis of all data will offer each news organisation specific insights and recommendations on how to improve their digital subscriptions at every stage of the user funnel.

But simply installing the tool, and analysing, alongside the rest of the cohort during the Subscriptions Lab offsite in NYC, their initial data has already allowed Reforma to make important advances.

As noted by Reforma’s technical manager, “one of the great contributions at the beginning of the project was ensuring that everyone was speaking the same language, as a team.”

Gabriel Dantur of La Nacion echoed the sentiment – the mere act of participating in the Lab and having intense initial work sessions with all the areas of the organisation “served to review everything we were doing, from the perspective of an inquisitor, so to speak.”

In the case of La Nacion, the initial feedback received confirmed that they were “more or less on the right track” and allowed the team to explore optimisations around topics like user segmentation and pricing flexibility.

During its participation in the Subscriptions Lab, Reforma has created an initial “shock group” to distribute all information and lessons learned among all teams across the organisation.

According to Espinosa de los Monteros, “one of the challenges is to realize that this is not a technical project, but an organisational one, a project that must change the editorial and commercial sides of the organisation.”

The Brazilian newspaper Folha de S. Paulo was a pioneer in Brazil in the launch of digital subscriptions. It installed its paywall in 2012, just over seven years ago, and was soon followed by other newspapers in the country.

Today, many other news organisations in Brazil have their digital subscription system. Folha applies a metered model (five free articles per month), combined with a few premium articles for subscribers only.

The Consumer Market General Manager at Folha, Anderson Demian, said that in recent years, the newspaper “has tried to understand how the market transformation from free to paid was happening.”

Years passed before the public “began understanding the importance of paying for good content online,” he said.

During this time, Folha has been working on finding “better strategies to improve its digital subscriber base” and “teaching the public that good online journalism is not free.”

For a medium that has been promoting digital subscriptions for years, participation in the Subscriptions Lab offers important possibilities for improvement.

According to Demian, the project “has given us a better overview of all the market possibilities” – thanks in large part to the comparative analysis. Specifically, Folha is looking at its acquisition, engagement and retention strategies for digital subscribers.

Demian notes that subscriptions have been core to Folha’s broader strategy, which shows up in many ways.

For example, Folha’s writing “is very oriented” to subscriptions. Its newspaper’s director mentioned that the newsroom that “is always thinking about how to improve engagement or how to get readers to become subscribers.”

“Our newsroom is always thinking about ways to improve engagement or get readers to become subscribers,”
– Anderson Demian, Folha de S. Paulo

In terms of additional improvement opportunities, Anderson mentioned Folha could improve with its reader acquisition and segmentation technologies – both of which will be helped by its participation in the Subscriptions Lab and the data provided by Mather Economics.

Optimistic about the project

Given that “there is room to improve the numbers of digital subscribers” in the Brazilian market, Demian was “very optimistic” about the project’s evolution.

In mid-September, representatives of the eight news organisations participated at the GNI Subscriptions Lab offsite in New York for two days of workshops, conversations and newsrooms visits, to share common challenges, initial results, and best practices.

The Subscriptions Lab will share the preliminary results and lessons learned throughout these initial months of the project within the framework of the seventh edition of the WAN-IFRA Digital Media LATAM Conference, which takes place in Rio de Janeiro, Brazil, from 11-13 November 2019.