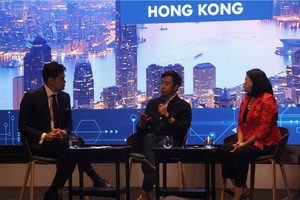 News organizations should look to having multiple revenue streams other than traditional advertising to continue funding their journalism, two industry leaders said at the Digital Media Asia Conference 2019, held in Hong Kong in October..

Gary Liu, Chief Executive Officer of the South China Morning Post, said innovations in the Asia-Pacific region can give publishers ideas on shifting from a single revenue channel to multiple ones.

President and Chief Executive Officer of the Philippine Daily Inquirer, Sandy Prieto-Romualdez, echoed Liu’s statement. She added that the newspaper must work alongside other products her team is continuously developing.

“In terms of the newspaper being able to compete in that kind of space, we have to really look at it more as supplementary than it is [previously],” she said.

The two also said publishers may consider putting up paywalls on their news websites. In the case of the Philippines, Romualdez said installing these remains a challenge in the country because most outlets heavily rely on advertising revenue, which in turn relies on large numbers of readers. However, she said that in the long-term, she would prefer to move in the direction of paywalls because advertising can be a source of conflict of interest.

“I believe it would help the independence of the media organization if we put – in the hands of the subscribers or the news viewer or reader – the ability to contribute to that journalism,” Romualdez said

For Liu, publishers must consider building ancillary businesses, as well, with the goal of supporting the newsroom. However, he believes putting up a paywall is a “core pillar” for achieving long-term sustainability.

“The problem is that we have multiple generations that have not been raised, that do not understand paying for news because they’ve never had to pay for news before,” he said. “So we have to change the value. Teach them why it matters.”

Liu also explained that, with the new consumption patterns brought upon by digital innovations, the process of understanding publishers’ audiences has become more complex. To help deal with that complexity, he said publishers should understand their value to their audience first. That will then guide them on what products will meet their audience’s expectations.

“I think news organizations should be able to identify a handful of needs, of people that our core expertise is to serve. And then everything that we build and every thing that we pump out should have those key audience profiles,” he said.

SCMP’s top executive also said that by now, news organizations must have a way to track their user’s behaviors.

“If you cannot tell when a user lands on your website, where they come from, and where are they going from one article to another, and then make assumptions about who they are and what they’re interested in, then I’m sorry to say, you’re already behind,” he said.

Romualdez added that even editorial teams must also refer to audience data.

“What your people— your editors, your marketing guys — do with that data is the next important step,” she said.

Chad de Guzman is a Filipino student journalist from Hong Kong Baptist University, and a scholar of the university’s Master of Arts in International Journalism Studies program.