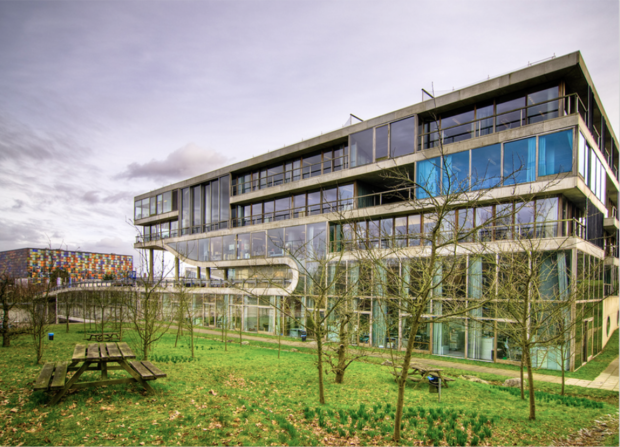 When VPRO Medialab sets out to investigate an emerging technology, it aims to consider it from a multitude of angles. When it wanted to examine smart speakers and their storytelling potential, for instance, the project resulted in a range of outputs:

Grouped together, these elements formed Home Smart Home, a multimedia project that was nominated in the Digital Media projects category at this year’s Prix Europa awards.

Like many of the projects by the Dutch broadcaster’s innovation lab, Home Smart Home combined two goals: “On the one hand we want to creatively explore the possibilities that new technologies allow for storytelling,” says Annelies Termeer, Creative Director of VPRO Medialab. “On the other, we aim to raise awareness of the positive and negative sides of these technologies.”

“In this case the project allowed our audience to reflect on what it really means when you let smart home technology enter your home.”

As a public broadcaster, VPRO is at the heart of a rapidly changing media scene, with fewer and fewer people watching broadcast TV or listening to the radio. This trend is behind the mission of VPRO Medialab: as traditional media declines and audiences increasingly turn to new, digital platforms to consume media, what should the role of a public broadcaster be on these platforms?

The Netherlands has eight public broadcasters, with the Nederlandse Publieke Omroep (NPO) acting as a governing body. Each broadcaster has a somewhat distinct profile, with VPRO (short for Vrijzinnig Protestantse Radio Omroep) usually seen as the edgy and creative one, focusing on exploring borders and looking into the future, Termeer says. This makes it a natural home for an innovation lab that examines the future of media.

The lab is situated within the organisation’s innovation and digital media department, and its core team consists of Termeer and one another person, a producer. When needed, however, they pull in designers, developers and project managers from elsewhere in the organisation to work on the innovation projects.

The links between the lab and the rest of the organisation are loose, which according to Termeer is both an advantage and a challenge: “We want to be useful for VPRO, but at the same time we need to make sure we have the capacity for crazy moonshot projects too, because we learn a lot from them, even if they aren’t directly useful for the organisation in the near future.”

New tech with a practical approach

When realizing innovation projects, Termeer says the lab takes a practical approach, following the maxim “learning by doing”, and always creating a final product that can be showcased to the audience. Funding for projects comes partly from NPO, partly from VPRO, and partly from external sources, depending on project.

When choosing what technologies to work on, the lab tries to focus on areas that hold potential for novel approaches to storytelling while also raising awareness of the complexities that relate to the technology.

Consider “Hotel Spieker”, another project that examined the narrative potential of smart speakers. Presented at this year’s Dutch Media Week, the cooperative game allowed players to investigate a crime that took place in a futuristic hotel. The players worked the case by listening to the recordings that smart speakers captured in different rooms of the hotel.

“We wanted to let people play with the technology in a new way, but also tell a story that raises questions about privacy and data storage,” says Termeer.

The “Hotel Spieker” game tasked the players with solving a crime by examining audio captured by smart speakers.

Many projects make full use of the broadcaster’s multimedia capabilities. VPRO’s TV documentary series “Robo Sapiens” explored life with artificial intelligence, featuring prominently a Pepper robot as part of the programme. Online, the same concept was explored from a different point of view: users were able to participate in a version of the Turing test, called “Bot or Not”, where they had to guess whether they were chatting with a robot or a human.

“The twist was that afterwards you got to play as the bot,” Termeer says. “Taking this role really made you think about your perception and expectations of AI.”

The “Robo Sapiens” documentary series had an online counterpart that put the players in the role of AI.

Artificial intelligence is likely to inspire also other projects, and Termeer says that exploring the intersection of AI and creativity is a particularly inspiring area. “If you see a piece of art, for example a painting, that you like, and are told afterwards that it was created by an AI, would it impact your reaction to it? This would be a very interesting question to examine.”

As mentioned, there are eight public broadcasters in the Netherlands. All of them are based in the city of Hilversum, often called “media city”, and each has its own lab or some other kind of unit dedicated to innovation projects. Moreover, there are many media festivals in the country, such as IDFA, Cinekid and STRP which offer additional opportunities for the Dutch media innovation ecosystem to come together and form connections.

This, however, also makes it important to consciously break away from the media scene and tap into the innovation efforts that are taking place in other industries, Termeer says.

“It’s crucial not to get stuck in the same bubble with other media companies. In fact, when looking for inspiration, I mostly look at what is happening in the tech, design, and art scenes, and think about how we could apply those trends.”

This attitude extends to working with people from other fields and companies, including startups, as VPRO Medialab aims to be cross-disciplinary and open with its collaborations. “It’s really on a case by case basis. We try to find the right people with the right expertise, wherever they might be.”

“A designer or someone who builds interactive installations wouldn’t necessarily think of coming to VPRO and suggest working together,” Termeer says. “We want to be the entry point for these kinds of collaborations, because we think we can learn something from each other.”

Founded in 2015, it took a while for VPRO Medialab to find its feet and establish its role within the broader organisation. “Initially there was an expectation for the media lab to be really innovative, but also for its projects to reach a really big audience. Along the way we’ve found that those two goals don’t always go together,” Termeer says.

In addition to experimenting with new technologies, the unit aims to distribute its learnings to other parts of VPRO, where the ideas and results can be developed further.

The lab uses social media, intranet and monthly internal presentations to share its insights within the organisation. It also organises regular hackathons, focusing on the topics that VPRO’s staff are interested in, and has used Google Design Sprint for a few projects, Termeer says. “We also try to be open for people to walk in and discuss things they’re curious about.”

Regular hackathons are one of the methods that the innovation lab uses to share its findings with the wider organisation. (Photo: David Meulenbeld)

“There are people who are keen on innovation and want to try new things. But there are also those who enjoy hearing about our projects but too often just end up going back to their daily jobs because of lack of time and resources,” she says.

“A big issue is that other departments need to find additional resources if they want to develop our projects further. Most people are already busy with their usual duties, so that’s a big obstacle.”

As for future trends, Termeer says that augmented reality is emerging as a particularly promising field: “Every phone today has this capability, but I haven’t really seen any interesting use cases in the media. AR is only being used for games, or in the commercial context. That’s an opportunity I see.”

Consequently, the lab is now developing a smartphone interactive story that uses AR elements, Dustin. “You could see AR as a new public space, but one that is now being filled with Pokemons and advertising. I think there’s also a role for public broadcasters, who could create more high-quality, informative AR content.”

Finally, as someone who has worked in the media innovation scene for many years now, does Termeer have advice for someone interested creating an innovation unit?

She also underlines the need for structures that ensure cross-pollination of ideas within the organisation. “If for example it would be mandatory to spend one day per month with us in the media lab, it would make it part of everybody’s job to engage with the lab. Otherwise, when you pull in people from other branches, it’s easily seen as if you’re ‘stealing’ people from their day jobs to do something extra.”

Lastly, it’s worth it to think about specialising on topics, rather than focusing on what everyone else is already doing. “We’re trying to do this with the Dutch broadcasters. The idea is to define a focus area for each of the labs, to learn from each other, and to make sure we’re not getting in each other’s way.”