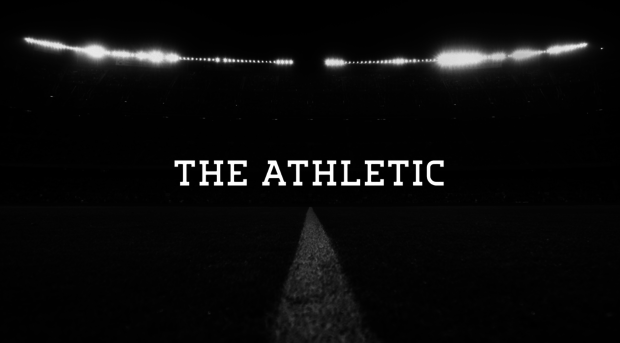 In the nearly four years since its launch, The Athletic has been shaking up the sports journalism world, establishing a presence in more than 50 U.S. cities to cover everything from the NBA (National Basketball Association) to MMA (Mixed Martial Arts). Most recently, it went on a hiring spree in the UK to staff its network of correspondents focused on the Premier League, signing on more than 50 writers and editors, including some of the country’s top sports journalists.

“Our vision is to be the sports page for the world,” Paul Fichtenbaum, Chief Content Officer at The Athletic, told WAN-IFRA during an interview at the Claves 2020 conference in Madrid last week.

With only three physical office spaces (in San Francisco, New York, and London), The Athletic operates under a decentralised, virtual model, which means that the 400 journalists and editors who cover close to 300 teams and clubs are spread out across the U.S. and the UK.

Most of The Athletic’s content is consumed via the ad-free app, which allows users to personalise their feed to follow different teams and writers. A subscription costs $59.99 (about €55) per year (there’s also a monthly offer for $9.99) and includes unlimited access to live Q&As, videos, more than 4,000 stories, and some 400 hours of audio content per month. The Athletic has launched 140 podcasts since April (a number that’s likely to keep growing), and found that people who engage with at least one podcast during the free seven-day trial period are significantly more likely to sign up for a year-long subscription. Another important pillar The Athletic added this year is video, although there are no plans in place to acquire live streaming rights.

“We’re a storytelling brand, that’s how we think about ourselves,” Fichtenbaum said.

“Our mandate is to tell people why things happened, and how they happened, not what happened. We do very little transactional news. We need to give the audience something more, something deeper. It’s that explanatory journalism, the bigger picture that brings people back to us.”

WAN-IFRA: When The Athletic decides to launch a new site, how does that decision-making process take place, in terms of market opportunity but also choosing journalists?

Paul Fichtenbaum: In terms of where we launch, it’s pretty easy. We know where the audience is. We have gone into every city in North America where there is a professional team in baseball, in the NBA, in the NHL and in the NFL.

For the journalists that we choose, we look for somebody who is an authority on the beat, someone who knows the sport cold, who knows the team cold, who may also have a following of people who are passionate about the team, and could bring a built-in audience. We want to be a place where you find authorities, where people can give a specific perspective or analysis on a news event that will be valued by the reader.

Essentially, our bread and butter are those very deep local beats, and our reporters are expected to know everything about them, to be an insider who can tell the reader something that he or she may not know about the team that they care about.

We hire a local editor to oversee the site and then multiple editors depending on how many teams we cover. The relationship between the editors and the writers are very legacy. We want the writers and editors to talk every day to determine what are the best stories that we need to to write for that day, that week, and plan ahead for the next few months, so we’re staying ahead of everything. It’s very much old school in how we approach the gathering of the news.

Given you have this decentralised model, how do you ensure you maintain consistency across the brand?

It’s very difficult to manage at scale. If you publish 150 stories a day, it’s very tough to manage that. The important thing is to hire the right people.

There are some stories that are worked on centrally, like legally sensitive stories. There, we make sure that bubbles up to my level, and I discuss it with the writers and editors so that everything is journalistically sound. But other than that, we hire professional editors on the ground in local cities to manage that process. It is not perfect but it has worked very well for us. They know the flavour of what the locals are looking for.

If you hire the right people, if they understand what you’re trying to accomplish, they will get it done. We also use metrics very carefully. We give our writers and editors access to deep metrics, so they understand the kinds of things that readers are looking at, the kinds of things they’re not looking at, how they are engaging with stories. It’s sort of a guiding principle for us is that we can tell them the things that work, and the things that don’t work. There’s a lot of shared information, too. If, let’s say, something works well in Cleveland, and that template could be used in New York too, we’ll make sure that information crosses over.

If you were to compare us to our competitors on the local beat, which is mostly newspapers and maybe some blogs, our reporting and our coverage is less transactional and more bigger picture. What we’re trying to do is bigger stories, deeper stories, more in-depth. We always tell our people to make more phone calls. We don’t have any issues with hard deadlines because we don’t have a printing press that we need to make, we don’t have to hit a delivery truck deadline. We’re not trying to serve a print audience as well as a digital audience. When they’re out in the field, a lot of our competitors are looking at their laptops, typing up the whole game because at the end of it they have to hit send to meet a deadline.

I tell our folks ‘watch the game, don’t type’. After the game, don’t go to the press conference because that’s where everybody gets the same quote. Go find somebody who’s not there. Go talk to some other personnel from a team, develop sources. If we get the same information as everybody else, then why would people give us their credit cards. It’s really about differentiation and uniqueness.

The challenges are different there, so our reporting needs to be deeper. We give people more time to craft their stories because we don’t have those hard deadlines. So what you end up getting is a story that’s more thorough, that’s better reported. The writer has more time to craft a story and ultimately come up with a better product. We also don’t have ads, so there’s nothing interrupting your experience, and that’s a big difference between us and a lot of the newspapers or online outfits that we compete against.